By Raphael Kadushin on September 4, 2017 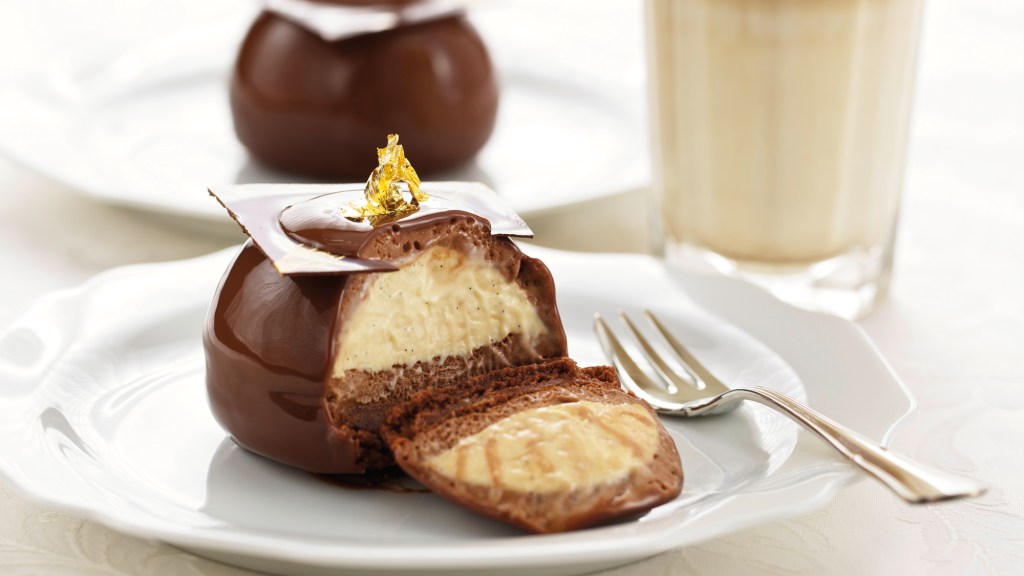 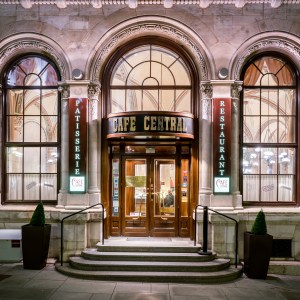 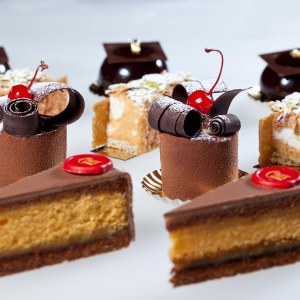 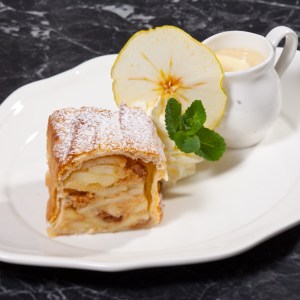 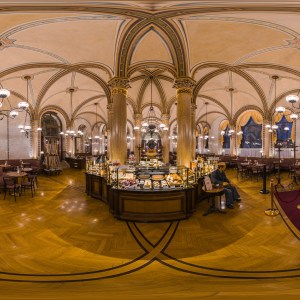 Europe invites all kinds of culinary pilgrimages. You can go the very fancy haute route, splurging on the top chef kitchens and collecting Michelin stars. You can follow the pasta trail or do a tapas crawl. But maybe the most sublime approach to eating your way through the continent is to focus on pastries and the places that bake them. The best of Europe’s patisseries are venerable institutions—many doubling as cafés—that have been in business for more than a century, producing the classics that turned baking into an art form. And they’re worthy destinations in their own right.

The best place to start your European cakewalk is in Vienna, where the café tradition dates bake to the 17th century, when Turkish soldiers left sacks of coffee beans behind. The Viennese quickly learned that coffee can be a bitter sludge without something sweet to take the bite off, so most of the city’s classic 19th-century cafes doubled as patisseries.

One of the best-known in Vienna is Café Central, which opened in 1876 and still feels like a throwback. All high-vaulted ceilings, neoclassical columns, and plunging chandeliers—Game of Thrones meets Donatella Versace—the place is a proper glam homage to its equally baroque sweets. A dozen pastry chefs work in Café Central’s kitchen every morning, turning out the tortes familiar to a snaking list of café regulars, including Sigmund Freud. The café’s namesake pastry—and every Viennese café worth its cakestand has a namesake pastry—is the Café Central Gateau, a moist chocolate cake bisected by a layer of orange chocolate and topped by a scrim of marzipan.

Other signature sweets include the Café’s Chocolate Magic bonbon, a dome of chocolate mousse and crème brûlée crowning a chocolate macaroon. And then there is the Café’s own version of the Sachertorte, pretty much Vienna’s mascot-cum-icon at this point. The city’s Hotel Sacher and Café Demel (both well worth a visit) fought a long legal battle over the rights to the torte’s name—Sacher clearly won. While the still-simmering feud suggests how seriously Vienna takes its cake, Café Central wisely stayed out of the food fight and comes through with its own respectable version of the famous chocolate torte ribboned by apricot jam.

If you’ve had enough chocolate, though, Vienna surprisingly leads directly to Copenhagen, a second worthy stop for any cake hunter. That’s because Denmark’s vaunted danishes, it turns out, were introduced by Viennese pastry chefs who emigrated to Copenhagen in the 1850s, when the local bakers went out on wage strike. But even the danishes the Danes went on to perfect—the buttery layers explode in a cloud of golden flakes when you take a bite—are easy to overlook when you get to La Glace, Copenhagen’s own long-standing conditori. Founded in 1870, the bakery-slash-tea-room is pretty much a Copenhagen institution that hasn’t changed much over the years. Grandmothers still bring their granddaughters to the salon for hot cocoa, the waitresses still wear their green smock aprons, and the conditori’s windows are still stocked with shelves of photogenic, high-rise, statement layer cakes.

These aren’t just cakes though. Really an homage to Danish culture in one sweet bite, La Glace’s name cakes read like a guide to great Danes. The Hans Christian Andersen cake is a fittingly whimsical stack of lemon mousse and raspberry butter sitting on a hazelnut sponge base and topped with white chocolate. Hold out, though, for the Karen Blixen (aka Isak Dinesen, the author of Out of Africa and Babette’s Feast), a feathery torte that materializes as a mound of coffee mousse studded by mocha truffles. That’s one aptly caffeinated salute to the tenacious writer.

In fact, if you splurge on an entire Karen Blixen cake (and La Glace’s cakes are sold whole as well as in slices), you should be wired enough to keep going until you get south to Brussels. You may want to do a quick sugar detox, though, before you stroll over to Wittamer, the city’s own historic patisserie. Granted, compared to La Glace and Café Central, it’s a relative newcomer—it opened in 1910—but the patisserie boasts a pure lineage; the current brother-and-sister owners are the grandchildren of the founding father.

And while La Glace and Café Central are largely pastry-centric, Wittamer, a full-service candy land, teases every sweet tooth—like most of Belgium’s bakeries, it sells handmade pralines and ice cream alongside its tortes. That makes for an overwhelming selection. But the conditori’s 20-plus chefs, some working at Wittamer for decades, handily turn out the daily avalanche of financiers, mocha eclairs, mont blancs, opera cakes, apricot puff pastries, seasonal fruit tartlets, and a prize-winning samba that layers dark- and milk-chocolate mousse over a cocoa biscuit base studded with almonds.

Maybe the best proof of Wittamer’s way with pastries, though, is its macarons. Forget the leathery, Day-Glo-colored faux macarons that have become as common as donut holes now. Wittamer’s varieties include black currant, nougat, passion fruit, yuzu, and speculoos, as well as a Macaron Joy that sandwiches whole raspberries and rose-flavored cream inside its crackling-thin macaron shell. It’s the kind of sweet bite that does European tradition proud.