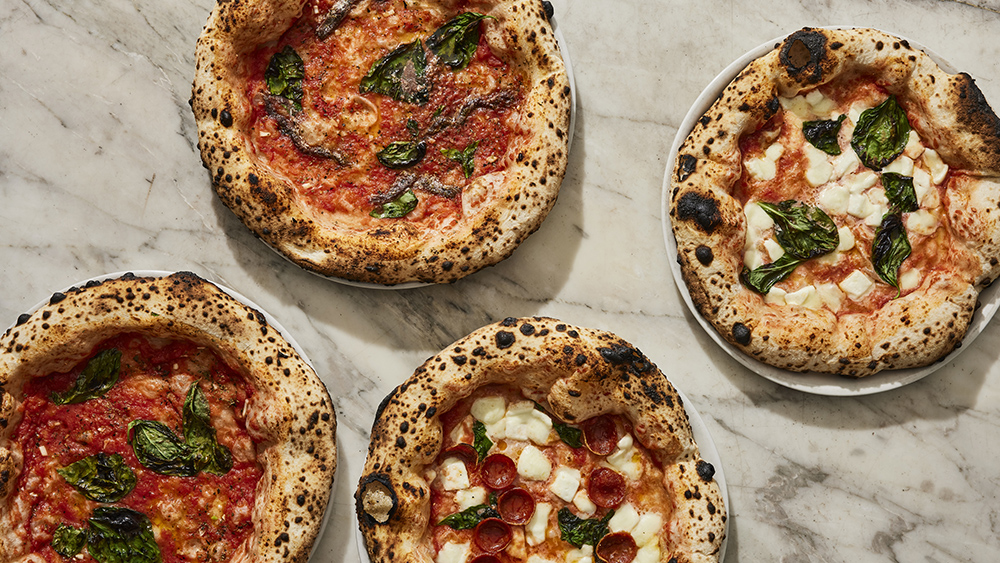 The group, which has anonymous inspectors travel the country tasting pizza from coast to coast, announced the 2022 list earlier this week. The top five were rounded out by Tony’s Pizza Napoletana in San Francisco, Ribalta in New York, Razza Pizza Artigianale in Jersey City and O’ Munaciello in Miami.

“It’s humbling, and I am filled with gratitude,” Mangieri said in a statement. “Every day since opening Una Pizza in 1996 I’ve had the dream to pursue this work without compromise. We’ve been so blessed to be able to do this and continue to learn and grow as a pizzeria and as pizza makers.”

Mangieri opened his first Una Pizza on the Jersey Shore before relocating to the East Village in 2004. Amid a sea of slice joints that sold big, floppy New York-style pies, Mangieri obsessively made pizza the Old World way, inspired by his trip to Naples a decade before. He decamped for San Francisco in 2010 before bringing restaurant back to Manhattan’s Lower East Side in 2018. And despite only recently reopening after a two-year closure, Una Pizza is still the spot locals and visitors alike turn to for authentic Neapolitan pies. Mangieri makes the dough himself every day, naturally leavened without yeast, changing the recipe slightly each time in pursuit of the perfect pie.

The 50 Top Pizza organization judges restaurants first and foremost on the quality of their dough and raw materials. After that, the wine and beverage lists, the service and the attention and care given to customers all play a part in the final rankings.

“It has been an emotional return to the United States,” the three project curators said in a statement. “After two complicated years, it was truly meaningful to be able to meet the best 50 American pizza makers in New York, one of the great pizza capitals in the world.  We are truly delighted.”

Overall—and unsurprisingly—New York was the most well-represented city on the list, with nine restaurants taking home honors. Portland and San Francisco followed with five pizzerias each. The top 15 restaurants will automatically be added to the group’s list of the 100 best pizzerias in the world, which will be announced on September 7.

Check out the full list of the top 50 pizzerias below.