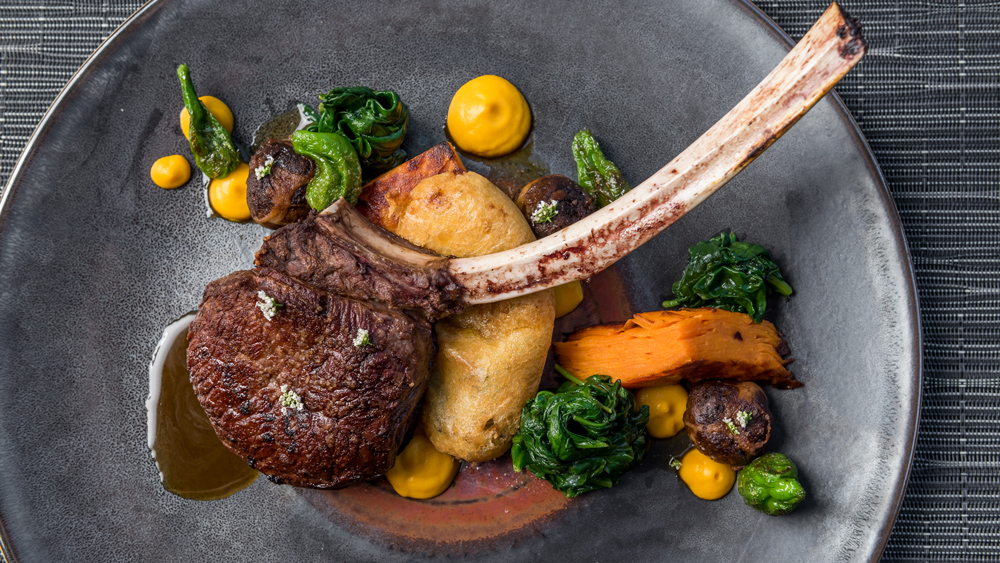 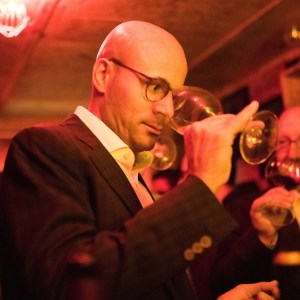 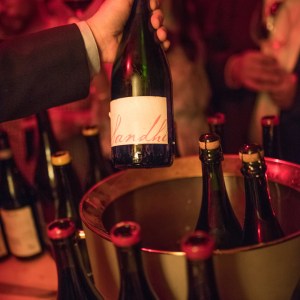 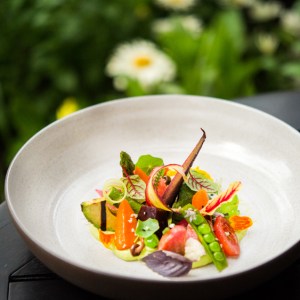 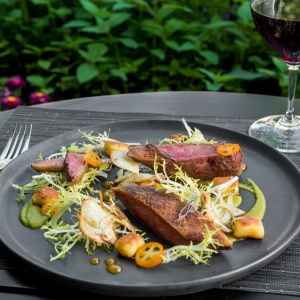 You could forgive master sommelier Carlton McCoy if he didn’t eat outside of the Little Nell much. The venerable hotel’s dining options are divided into multiple spots where you’ll find McCoy and his team pouring wine from their $2 million, 22,000-bottle collection. There’s the fine dining restaurant Element 47, the apres ski tavern at the base of the gondola Ajax, a big living room area to lounge on couches while sipping some outstanding vintages, and a special in-cellar tasting room called the Red Light Lounge.

Despite those options, he does partake in restaurants around town in pursuit of a great meal. McCoy arrived in Aspen in 2010 after stints in New York and D.C. has settled in to call the place home for nearly a decade, giving him a pretty good idea of what’s worth your time. “People eat very simply in Aspen; this is a place where they want to come and chill,” McCoy says. “This is more of a wine town, but we’ve had some great chefs come through Aspen and the Nell. It’s about doing something simple, but with really good ingredients.”

McCoy recently took time out from the hustle of the Food & Wine Classic to talk about his favorite places to eat in Aspen from his favorite breakfast spot, to the place he goes to drink wine, to his preferred late night fix.

The name of the place says it all.  Photo: Courtesy Meat & Cheese

This place is awesome—we go here so much. This restaurant was started by Avalanche Cheese Company and they’ve got a ton of awards for their goat cheese. The founder, Wendy Mitchell, wanted to have a place that would double as a restaurant and a place where you could buy great cheeses, cured meats, and fresh produce. They also have a massive rotisserie, so you can always go in and get a big plate of perfectly roasted chicken. It’s simply prepared food, but phenomenal. And the chef is Korean, so you’ll get some random Korean dishes that are great too.

Jerome is an old school hotel just like The Nell—we’re like two pillars of hotels in this town. I love breakfast and I really love a hotel breakfast, one where you get all the amenities like fresh-squeezed juices, a proper coffee and everything is done really well. And you’ve got those guys in the back who have been working breakfast for decades and they know how to cook an egg properly. The huevos rancheros at the Jerome are lights-out incredible—you’re getting the real deal.

When I’m going to go drink wine in town, I like to go here. This is a little like a brasserie and I like the sommelier here a lot. He’s not a master somm or anything like that, he’s just an old school French guy. He knows his stuff, but he’s not some ultra-geek. He’s just tasting wine and if it’s good, it’s good. It’s a very French-focused list where he loves old school Bordeaux. He grew up in Chablis, so you’re likely to start with a bottle of that if he’s pulling something for you.

This is one of my favorite restaurants—it’s a no-frills Vietnamese experience. Xuan Ha and her husband run this restaurant. The food is more akin to casual home cooking than the fancy garnished plates you see elsewhere. The pho, banh mi, and chicken with broken rice are all fantastic.

A lot of times after a shift, I like to go home and cook, but when I have a late-night spot I want to hit, I go to New York Pizza. It has a proper New York slice, like you’d get at one of those Ray’s Pizza in New York. This isn’t for someone looking for Neopolitan-style, this is where you get a slice of pepperoni. It’s cash only, two beers on tap, and it’s just really simple and delicious. It’s a rarity for these small places in Aspen to exist.