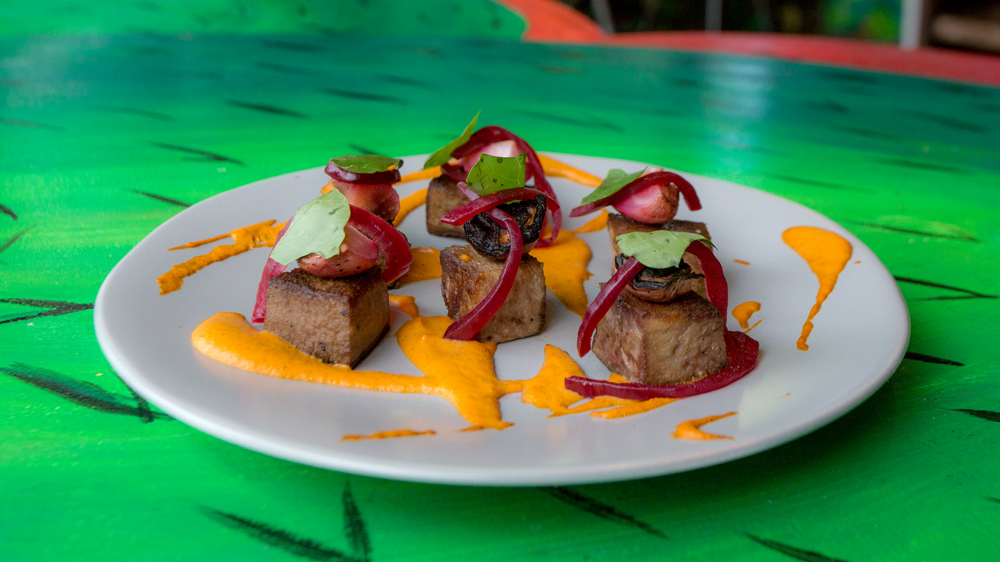 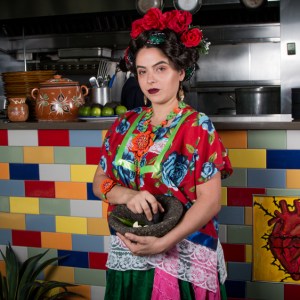 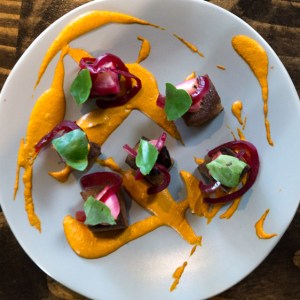 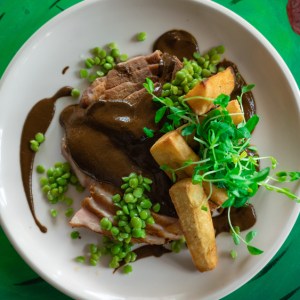 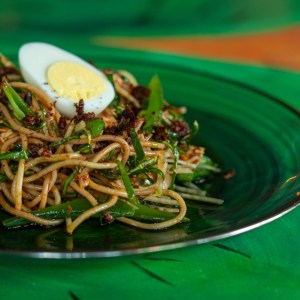 On Chicago’s North Side, Diana Davila is cooking the food of her childhood. Mi Tocaya Antojeria celebrates her Mexican-American heritage by specializing in the kinds of dishes usually reserved for family celebrations that require plenty of time and care to make. “They’re based on the dishes your mom, aunt, our abuela would make. Though I’m not just cooking my grandmother’s recipes, I’m giving a new take,” she says. “It’s the big flavors that we always love about our people’s food, made every day, so you don’t have to go bother your mother to cook for you. You can just come here.”

Mi Tocaya is not a big place, and it’s located in Logan Square, not the city’s hottest dining destination—the West Loop. But in Chicago’s outstanding food scene, places like this are thriving. “Chicago is not an expensive place to live, and there are neighborhoods where it’s possible for you to go out and do it on your own,” she says. “Things have been shifting to smaller places where chefs are able to make their own food and have the support they need to do it—people like me, Giant, or Parachute“

But in a city as large as Chicago, you need a little help navigating your way to its best restaurants. So we sat down with Davila to discuss her favorite places to eat right now and why. From her Mexican cooking, to Smyth’s two-Michelin-star fare on the outskirts of the West Loop, to Sarah Grueneberg’s Italian with a slight Texas accent, to an Argentinian churrascaria standing out in the land of steakhouses, there’s currently an embarrassment of riches in Chicago, and now you have the cheat sheet to help you navigate the scene.

Smyth
I’ve always loved going to fine dining restaurants because the pampering is so over the top. But I felt like for a while things got stagnant, where it’s a lot of chefs cartwheeling and there’s a million things on your plate. It looks pretty, but I could have done without half of this. Then I went to Smyth. I’ve been twice now and I’m just like, this is awesome. The skill, the technique, it’s an amazing thing. John and Karen [Shields, the husband-wife duo behind the restaurant] are among the best chefs in the country now. I go out to eat a lot and they stop you in your tracks.

I’d describe their style as artsy, innovative, but still a lot of heart. They have a lot of care for Japanese culture in the way they prepare things, with seafood especially. They draw a lot of inspiration from that, but they’re still very Midwest—they’ll do tongue with donuts.

Monteverde
At Sarah’s [Grueneberg] place, everybody is so dedicated and there’s just so much heart in every single pasta dish that she has. It’s like grandma is cooking for you. Honestly, all of the pastas are so good. I went with my family and we got all of them because you really can’t go wrong. Some of them, you could see being made right in front of you too, so it’s pretty cool. And she’s from Texas, so you can see a little influence of that in there, then she mixes it with Midwest hospitality. Her husband is at the door and they have this innate sense of knowing how to make people feel welcomed.

Passerotto
Jennifer Kim is Korean and is making Korean food, but she’s a professionally trained cook who has always loved Italian food, so you see some Italian influences there. She has a very beautiful, feminine way of presenting things with big flavor. I’d say go with the short ribs. Then she serves an array of kimchi. Her crudos are also great—she does a great bay scallop crudo with an onion puree.

El Che
Johnny Manion is kind of a rock n’ roll guy at heart—playing his guitar in his garage and digging a hole in his backyard to grill meat. He lived in Brazil for a large part of his life then traveled to Argentina when he later became a chef. He’s one of the first here to do the open fire style of steak and the condiments you’d get at an Argentine churrascaria. Chicago is known for its steakhouses, but if you want to go to one, go to El Che.

Split Rail
Zoe Schor calls her cooking—with dishes like baked potato gnocchi, macaroni and cheese, and bone in steak—New Americana. Sometimes you really need comfort food, but then you think, who is actually doing it right? To get your fried chicken fix, you’re stuck going to fast food restaurants.  At Split Rail you get nostalgic American classics, but with well sourced ingredients and actually made on site. You saw someone making that gnocchi. For that reason, it’s the place my family and I like to go.

Café Marie-Jeanne
Up in Humbolt Park, there’s this corner little French café. It’s a chef that had to pull everything together, every donation he could get to get this small, hole in the wall that he’s been building and building, but the food is so good. You get awesome wine selections—really beautiful European wines. There’s great charcuterie that you can get in a sandwich or on a board. And then he does these fancy things like escargot. There’s duck frites with foie gras butter. It’s just insane. And it’s not like the plating is that special, it’s about having a terrine done just right or roasted squab with liver sauce. For so many chefs who are classically trained or have worked in a kitchen where those sauces are made, it’s nice to have really well-done French cooking. I probably go there the most. They’re open all day, so I’ll go for breakfast, lunch, and dinner.

Lula’s Café
I always go to breakfast at Lula’s Café in Logan Square. It’s been open since 1998 and they were one of the first ones here to do the everyday café with local ingredients. [Jason Hammel] has really worked closely with farmers, and has farmer’s dinners, but the breakfast is also a snapshot of that. One time he did acorn squash gnocchi with over easy eggs and local mushrooms. It was hearty and rich, yet good for you. It has become such a community beloved gem here, he also contributes to the scene by doing things like rotating art from local artists. Come up to Logan Square on Sunday, visit the farmer’s market and go to Lula’s.

Avec
I remember back when this place first opened and I was a young cook at another restaurant and this was the cook spot because it was open late. It’s Paul Kahan’s place, right next to his fine dining place Blackbird. I went back again this year and I thought, oh my God, this is so good. It made me remember why I loved it so much and I’ve been back three times this year. It’s like a restaurant in Spain where you walk in and there’s a huge counter service. The last time I had a fideua paella with fennel aioli and sausage they made there. They have perfected their skills and craft. Every dish is a 10. Every dish. It’s been open for a long time and I hope it never closes because it’s that good.