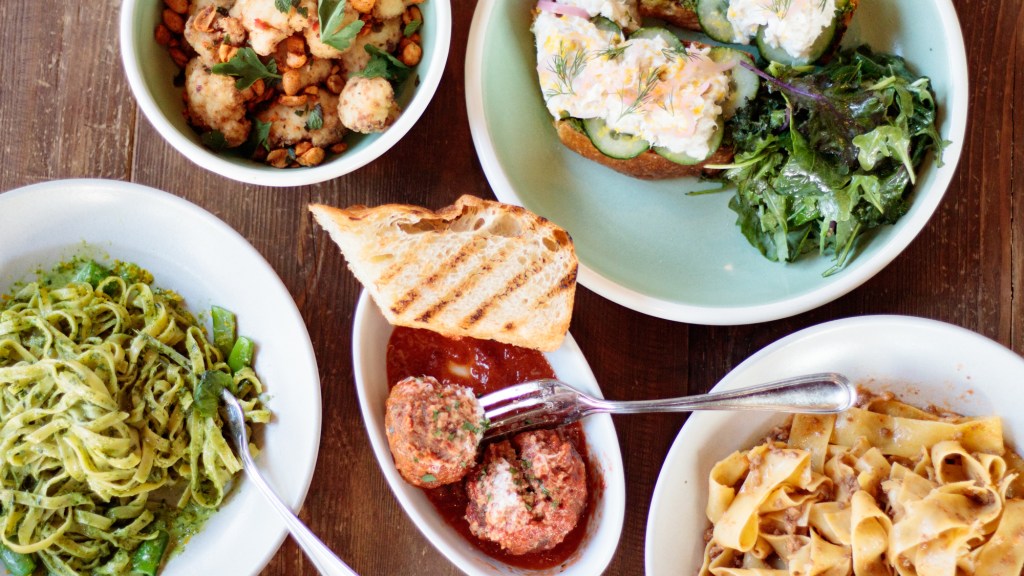 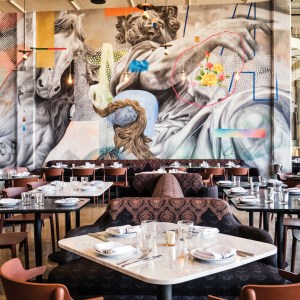 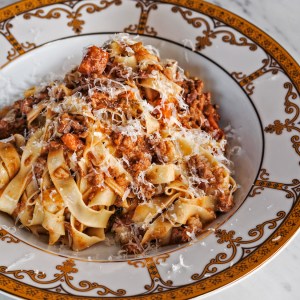 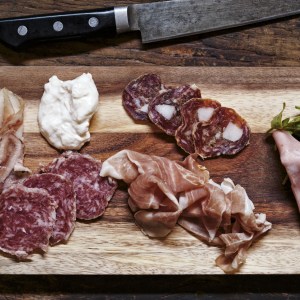 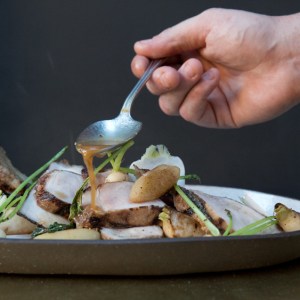 Los Angeles is an unusual city, in that it’s less one large city and more the collection of 88 smaller ones stitched together to make up LA County. If you think LA is a sprawling mess without a core, you’d be pretty much right. This was exacerbated by not having much of a downtown to speak of. But the latter half of this decade has seen that change dramatically—DTLA’s current building boom is larger than any it has experienced in the last century, bringing hotels, businesses, residential towers, and, yes, great restaurants.

For those who haven’t visited since the last time the NBA All-Star Game was held at Staples Center in 2011, they’ll scarcely recognize what the neighborhood has become when the festivities return in 2018. Consequently, we’ve compiled a list of our favorite places to dine downtown—from modern Mexican to nontraditional Indian, to some of the best Italian food you’ll find anywhere.

In a city where there’s no dearth of amazing Mexican food, it can be difficult to stand out. Why spend more when you can go to a great taco truck and get something pretty great? Chef Ray Garcia’s Broken Spanish is the perfect rebuttal. He takes a lifetime of growing up in Los Angeles, then combines it with training in some great kitchens and a keen eye for shopping Southern California farmer’s markets to create an extraordinary take on modern Mexican cuisine. At Broken Spanish, you’re not going to get GMO tortillas, but rather a heritage corn version that you can slather with whipped carnitas fat. Instead of the tamale you’re used to, there’s one filled with tender lamb neck and sprinkled with Oaxacan cheese. And these aren’t just cheese enchiladas, but they’re stuffed with duck confit. It’s a beautiful testament to how rich, dynamic, and creative Mexican food can be. Besides: At the taco truck, you can’t get mezcal cocktails.

When chef Steve Samson opened Sotto in Los Angeles, he knew he was breaking his mother’s heart. The restaurant’s menu, all the way down to the wine, was devoted to the cuisine of Southern Italy, eschewing the traditions of his Northern Italian mother. But at his newest restaurant, Rossoblu, he’s brought the dishes of her native Bologna to Downtown L.A. Inside what used to be the city’s oldest produce market, Samson serves exceptional pasta dishes like Nonna’s Tagliatele al Ragu Bolognese, where he coats ribbons of fresh, house-made pasta with a sauce of beef and pork. Pair that with a board of excellent salumi, Santa Barbara spot prawns grilled over an open flame, and a glass of Lambrusco and you’d be convinced a meal this delicious would get him back in his mother’s good graces.

Known for his two-Michelin-star Providence and his affinity for seafood, chef Michael Cimarusti‘s newest restaurant strips away the trappings of fine dining for a homier affair. At Best Girl in Downtown L.A.’s Ace Hotel, he—along with his wife and chef, Crisi Echiverri—pays homage to his adopted city. The menu draws from the myriad cultures that converge in Southern California, from Mexican to Italian to Japanese and more. Start with the crudo with avocado, aonori, and jalapeno, and the chickpea socca. And you can’t really go wrong on any of the mains, the jidori chicken is perfectly seasoned and the burger has a rich umami flavor that makes it sneakily one of the better ones in this burger-obsessed town.

As for the name, it’s also a nod to Tinseltown. Located next to the original United Artists Theatre, the restaurant needed a name, so the team dug into the theater’s history. “On October 31, 1927, the first film that was shown there was Mary Pickford’s My Best Girl,” Cimarusti says. “The more we all talked about it, the more we all liked it, and we went with Best Girl. So 90 years later, to the day, the restaurant Best Girl debuted here at the Ace.”

Combining their Indian roots with a Canadian upbringing and some French culinary techniques, the brothers Mahendro—Nakul and Arjun—led by their chef father Pawan, have created Badmaash, an Indian gastropub that both embraces and subverts tradition. You can get excellent versions of classics like samosas, butter chicken, and chicken tikka masala, but they also want to show off the diversity of flavors from the Indian subcontinent and their own food preferences. Their fish moilee expresses the more delicate flavors you can get in the southern coastal state of Kerala. And dishes like their fried chicken sandwich with paprika masala and their chicken tikka poutine shows their fun twist on Indian spices—as well as their Canadian upbringing.

Whether it’s at their American churrasco Odys and Penelope, café Sycamore Kitchen, or newest restaurant, The Mighty, Karen and Quinn Hatfield’s restaurants have a knack for showing off their skill for creating outstanding dishes with balanced flavors. At The Mighty—the Italian and Mediterranean restaurant they opened last fall—a dish like their tuna conserva is a perfect example. The tuna comes tossed in labneh then placed atop grilled bread covered in jalapeno salsa verde and cucumbers and cucumbers, then garnished with dill, lemon zest, and lightly pickled onions, mixing richness, a touch of acid, and some herbaceous notes. The balance continues to even the drinks, like the ginger limeade, which could easily be overpowered by ginger, has just the perfect amount of spice from the root. It’s hard to go wrong with the pastas, all of which are made in house daily. And don’t skip dessert, with a warm strawberry brown butter crostata on the menu and great cookies to take home with you.

When David Chang of Momofuku fame visited Shibumi late last year, he couldn’t have been more effusive about David Schlosser’s Kappo-style Japanese cooking. “I met chef David Schlosser a few years ago when he worked for the great Yoshihiro Murata at Kikunoi in Kyoto. I remember thinking this dude was some sort of Kaiseki Eminem,” he wrote on Instagram. “A rare moment when I get Joshua Skenes of [three-Michelin-star] Saison to agree at the excellence in ingredients, cooking technique and overall flavors in the food.”

After a career focusing on French, Schlosser visited Japan and it changed the trajectory of his career. When he returned to LA, he secured a job working for the great Masayoshi Takayama at Ginza Sushi-Ko. He went back to Japan to cook kaiseki cuisine at three-Michelin-star Kitcho and eventually returned to LA to cook the artful Japanese tasting menu himself. However, his restaurant concept evolved into a more relaxed version, borrowing some of the elements of kaiseki—like mixing raw, steamed, fried, and grilled preparations—but also throwing in some playful and slightly off-kilter touches, like the tempura cannabis leaf he’s currently serving. Although you can order a la carte at Shibumi, it’s best to try to score a seat at the bar and watch Schlosser calmly and methodically work his way through his seasonal omakase menu.

Chef Josef Centeno is building an empire on 4th Street downtown, opening multiple restaurants that don’t adhere to a single culinary genre. There’s the vegetable-driven PYT, Tex-Mex Bar Ama, fine dining Orsa & Winston, and Mediterranean-inflected Bäco Mercat. Prior to LA the chef had stints working for Daniel Boulud in New York and as chef de cuisine at David Kinch’s Manresa, honing his culinary skills which he expertly deploys at each of his places. Which one you decide to hit up really depends on your mood, but we especially love his first restaurant Bäco Mercat and the flatbread sandwich Centeno created. The O.G. Bäco with pork belly, beef tongue schnitzel, harissa, smoked aioli, romesco, and pickle is especially good.

As the LA food scene has become one of the country’s most exciting, Bestia was an early entry in the new wave of restaurants that started getting noticed nationally. In fact, when Danny Meyer’s chef at the North End Grill in New York was experimenting with big grilled pork chops on the menu, Meyer sent the chef west to meet with Bestia’s chef-owner Ori Menashe to see how he did it. Menashe serves his must-order, grilled pork porterhouse with spicy pineapple frutta, arugala, opal basil, and a lemon chili vinaigrette.

While Menashe handles the savory side, his wife Genevieve Gergis heads up the dessert program. Gergis, a self-taught pastry chef makes some of the city’s most delicious desserts, sometimes calls on childhood memories to inspire her creations like with her creamsicle torte. And her chocolate budino tart with salted caramel, cacao crust, olive oil drizzle, and sprinkling of sea salt is a pitch-perfect dessert.

The newest kid on the block is from the team behind Eleven Madison Park – Daniel Humm and Will Guidara, who’ve brought their more casual and playful NoMad in New York out to Los Angeles. Dining at NoMad can be an all-day affair, starting in the hotel’s Italian coffee bar where pastry chef Mark Welker is crafting transcendent croissants, a favorite being the one piped full of cappuccino pastry cream. The multiple kitchens on site are run by executive chef Chris Flint, who is making the menus unique to Los Angeles. While some dishes from New York have made their way out to LA, like the roast chicken for two, Flint has found inspiration in local produce to create dishes like citrus-marinated Hamachi served with daikon and agretti. You can dine on the main floor with more casual fare like cobb salad or a burger, or grab a drink from the bar.