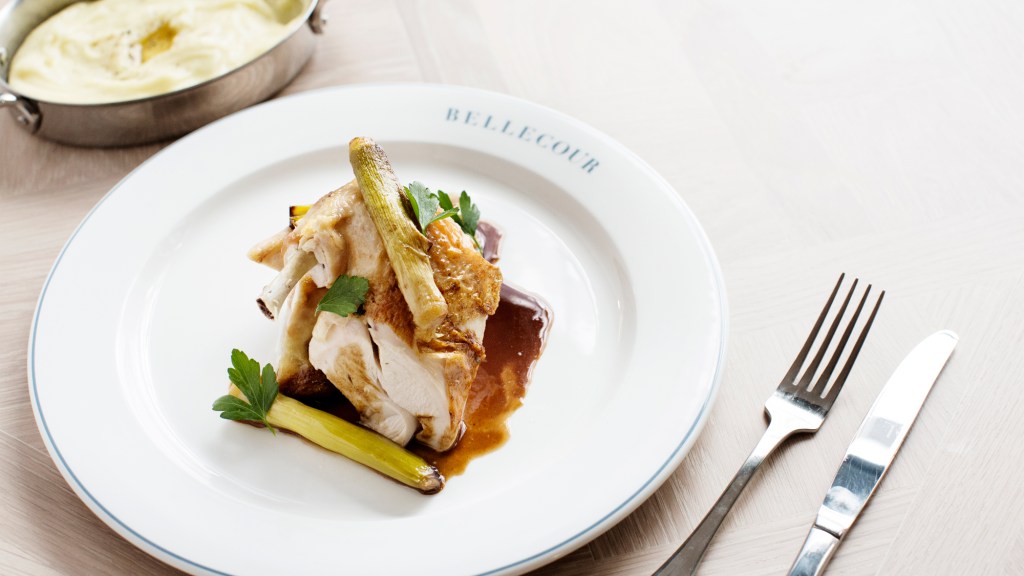 This week, the sporting world descends upon Minneapolis with the New England Patriots and Philadelphia Eagles facing off in Super Bowl LII. Those visiting town will be snacking on stadium dogs on Sunday, but there’s still plenty of time to eat well before the big game hits. So we called on acclaimed chef Gavin Kaysen –a Minneapolis local—to create a dining guide that’s not only helpful for those visiting this week, but offers a great introduction to eating well in the Twin Cities that will be useful long after the NFL has moseyed out of town.

In the fall of 2014, Kaysen returned to his hometown and opened Spoon and Stable in Minneapolis. The James Beard Award-winning chef has won rave reviews for his seasonally driven, Midwest-inspired restaurant. Last year, a second restaurant followed with Bellecour, his French bistro that’s a showcase for the style of cuisine he cooked for years under Daniel Boulud. Opening not in the Minneapolis’ Downtown core, but 12 miles outside of it in Wayzata, he’s in step with how the region’s dining scene is developing.

“Minneapolis is a place that’s finding its own voice in the cuisine it’s cooking,” Kaysen says. “It’s not shying away from creating beautiful little restaurants in neighborhoods.” To get the most out of the Twin Cities’ dining scene, Kaysen offers up some favorites that will have you happily traversing the Minneapolis and St. Paul in pursuit of great food.

“I picked the market out in St. Paul because it shows off the huge Hmong population we have in town. This is a full-on, real marketplace with little restaurant stands around you when you walk in. You can find things like vermicelli-stuffed chicken wings, great sausage, and green papaya salad that’s so spicy it’ll knock your socks off. There are so many great dishes here, but the wings and the salad are my go-tos. Whenever I have chef friends in town, Andrew Zimmern and I usually end up being a tour guide and bringing them out here.”

“This great restaurant is owned and run by a chef named Ann Kim. She has a pizza place called Pizzeria Lola that’s close to my house, and this is her first restaurant that’s beyond just pizza. It has a lot of Korean influence because she’s Korean-American, and it’s just delicious and a fun place to be. I love her cauliflower dish [served with shishito peppers, saffron chermoula, pickled fresno, gold raisins, almond picada, and cauliflower yogurt], any of her pizzas, the lamb sausage skewers are delicious, and I usually get the soft serve ice cream for dessert.”

“Zen Box is down the street from us at Spoon. It’s run by the husband and wife team John Ng and Lina Goh. It’s a cool little spot that I like to go for lunch, or go with my wife and kids. It’s really busy at lunch and is a few blocks away from U.S. Bank Stadium where the Super Bowl’s going to be played. They have a great pork ramen that’s my favorite thing to order there and it sells out the fastest.”

“The chicken at Revival is phenomenal. They do everything from fried chicken to one of the best burgers in town. They’ve got good fried green tomatoes, delicious mac and cheese, and great chicken livers—the kind of stuff you want to eat when it’s minus four, you know? Winters out here are where our beach bodies are made. They have one location in Minneapolis and also in St. Paul. If you’re more of a barbecue fan, go to the one in St. Paul. They do a great brisket there.”

Inside the airy breakfast and lunch cafe in Minneapolis.  Photo: Courtesy The Bachelor Farmer

“This is right across the street from me at Spoon and Stable. Eric Dayton and his brother Andrew created the Bachelor Farmer and then they put a little café on it. The North Loop neighborhood we’re in is a lot of fun to walk around with great retail shops to pop into like Askov Finlayson. When you’re wandering around, stop off at the Café to get great soups, delicious open-faced sandwiches or a pastry and coffee for breakfast. If I’m wanting something sweet, I love their sticky buns—they’re just really good.”