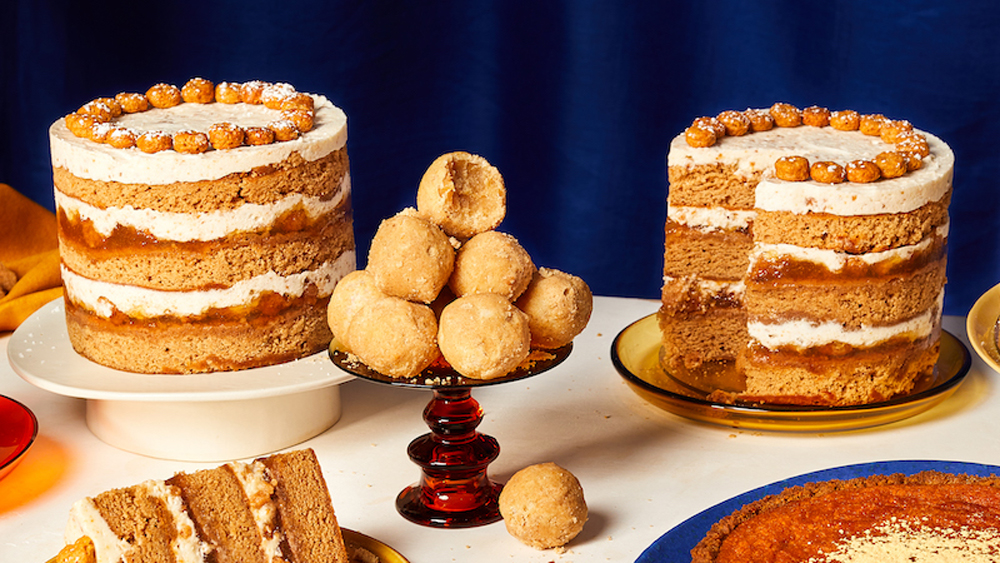 I’m someone who enjoys making the entire Thanksgiving feast from scratch. But I’ve come to acknowledge that there are limits to my bandwidth when trying to cook and bake the array of foods I crave on Turkey Day. I’ve found ways to make myself more efficient the day of and figured out the things I can strategically make ahead and not drastically lose quality and yet, there still doesn’t seem to be quite enough time.

Where I’ve chosen to outsource is with dessert. That’s something I can reliably leave to the professionals and save myself some hassle. Also, the proliferation of bakeries that ship outstanding desserts has made it so I’m probably going to get something better than what I could have created at home. So, for those of you who want to let someone else supply the dessert for Thanksgiving this year, here are five outstanding options to close out the night.

After a massive meal, there are some among us who couldn’t stomach the thought of a full dessert. However, they may still want something a little sweet with their evening coffee or nightcap. Salt & Straw has you covered with nationwide delivery of their artisanal ice cream pints. Of course, being from Portland, Ore., Salt & Straw isn’t afraid to get a little strange. The Sweet Potato Pie and Pumpkin & Gingersnap Pie flavors seem like normal seasonal flavors, but the ice cream company pushes the boundaries. This year it’s offering a Caramelized Turkey & Cranberry ice cream that’s salty, sweet and tart all at the same time. As well as a Parker House Rolls with Salted Buttercream to satiate the carbophiles among your guests.

You’ve heard of Turducken, but have you tried a PieCaken? Instead of a chicken stuffed in a duck stuffed in a turkey, pastry chef Zac Young has created a Frankenstein’s monster of holiday desserts in one cinnamon buttercream-encased package. A pecan pie is topped with a pumpkin pie and then a spice cake and then a topping of apple pie filling as the coup de grâce. Now, the cake may not look huge when it arrives, but it’s so decadent that it’ll serve many more people than you think. It’s the perfect confection for those among us who simply don’t want to choose just one dessert.

RELATED: Haven’t bought your turkey yet? Find a great one here that ships nationwide.

Yeah, everything is bigger in Texas, but appeal of this pie isn’t about size—it’s the quality. For four decades the Goode family has served up Lone Star fare in Houston from Tex-Mex to barbecue. They also make a damn fine Texas pecan pie with a crumbly crust that arrives in a handsome wood box, so if you’re the guest who’s tasked with bringing dessert, you’ll arrive to the Thanksgiving soiree in style.

The queen of whimsical desserts, Christina Tosi, is offering a new Thanksgiving lineup of delectable baked goods. Last year the Milk Bar team created a layered pumpkin cake as a showstopper and in 2021, they’re leaning into a different flavor of fall.  The Apple Cider Doughnut Cake features a creamy frosting, donut sugar topping and an apple cider jam that brings the mulling spices we love this time of year. For those who want to stay with pie, the bakery is offering a pumpkin version of its famed butter Milk Bar Pie too.

Some people—like me—want the classics on Thanksgiving Day. That’s what the day is about after all. It’s really the one time of year that I eat pumpkin pie (and breakfast the Friday after, of course), so I look forward to digging. Over at Harry & David, they don’t skimp on the pumpkin with a deep-dish pie, filled with a delicious spiced gourd custard in a flaky crust. Then it’s topped with whipped cream and cinnamon.