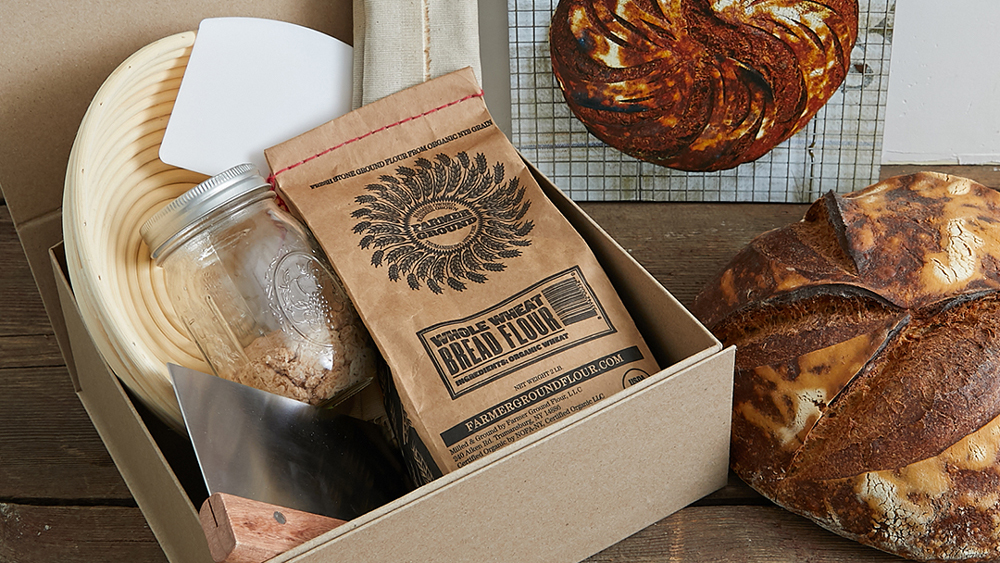 It seems so simple. Stupidly simple. Just flour and water and you have bread. But it’s so much harder than that.

Baking bread has been an off-and-on project of mine for years. It started at home as a kid, helping my mother bake her version of parker house rolls. Obviously, this yeasted, enriched bread went beyond flour and water, filled with butter, milk and egg, but the seeds were sown. There was a phase in the early aughts where—spurred on by a Jamie Oliver cookbook of all things—I took a much simpler approach. There was still yeast, but I got back to flour and water, deploying a sturdy dough to make everything from focaccia to pizza crusts to calzones. More recently, I’ve tried to bake big, crackly loaves a la Tartine’s Chad Robertson using my own starter made with flour and water and time. But after killing the starter, I resigned myself to not making the country-style boules I loved to eat. Let’s leave that one to the pros.

Then, over the holidays I received a sourdough starter kit from Bien Cuit—the acclaimed Brooklyn bakery known for its dark country loaves—featuring a banneton (a basket to proof bread in), bench scraper, organic Farmer Ground flour, a couche (breadmaking cloth used to help shape baguettes) and, most importantly, a jar of sourdough starter—the same the bakery uses for its own bread. Maybe I’d give this a go again after all.

One weekend I did a first pass at feeding the starter and pulling some out to make a loaf according to the instructions Bien Cuit’s founder Zachary Golper includes in the package. The dough was a little stiffer than I was used to for this style of bread, but I believe that was influenced by the hearty wheat flour in the kit. My maiden voyage produced a respectable loaf—definitely the best boule I’d made.

The following weekend I returned, this time to see if the starter still worked after my first feeding. I could sense it wasn’t quite as active as before. So when I mixed the starter with some flour and water to create a leaven, I gave it a little extra time to ferment and I was back in business. This time with a little practice and the aid of Robertson’s seminal book Tartine Bread, I crafted two loaves even better than the ones I made previously (see one below), with crisp, sturdy crusts and tender crumbs. The Bien Cuit kit was really helpful in getting my breadmaking going again, and would be a great starting point for anyone interested in baking at home.

Practicing my bread making this weekend with this loaf that used @biencuit’s starter and then @tartinebaker’s methods from his book. Did an overnight proof in the fridge and this probably the best loaf I’ve made yet. However, the crumb is still not as open as I’d like—that may be because of my shaping or that my oven doesn’t get hot enough. . #bread #breadmaking #breadbaking #sourdough #sourdoughbread #tartinebread #homebaker #homebaking #naturallyleavened