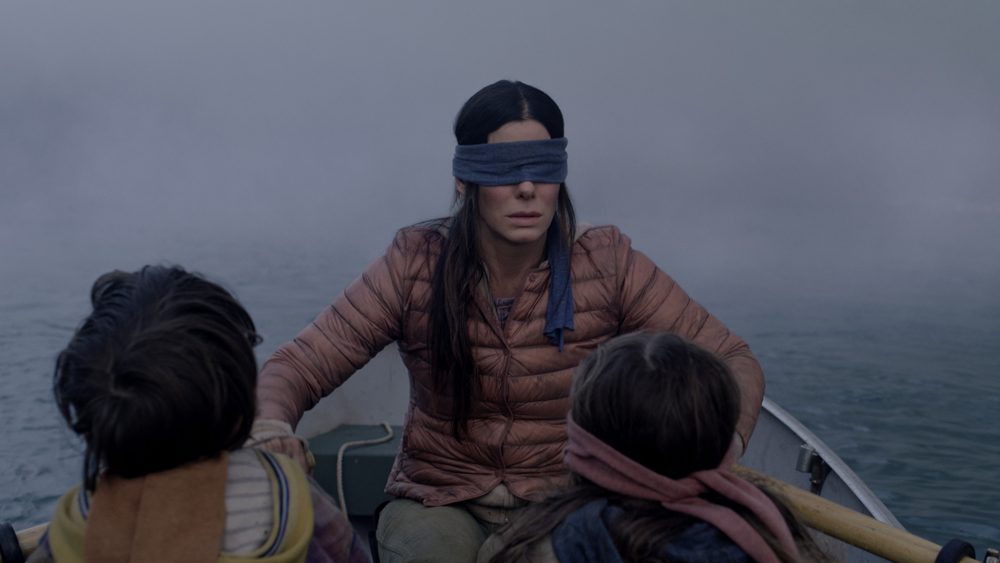 The last word you want associated with a Friday dinner date is “horrifying.” The folks running the Milleridge Inn out in the middle of Long Island, NY, disagree. With the new Sandra Bullock thriller Bird Box on Netflix being such a hit, they thought why not create a themed dinner based on it?

This Friday, the 80-year-old Inn will host a three-course dining experience inspired by Bird Box. In the film, much of civilization has been wiped out by an evil creature that takes the form of your deepest fear, and that form is so harrowing it drives people to madness and suicide. Bullock, the protagonist, is determined to save her children from the rest of humanity’s fate. So they navigate the wilderness in blindfolds so they don’t see the monsters.

If your idea of a good time is re-creating that postapocalyptic horror show while eating steak, here’s what Milleridge has planned for you:

Bird Box fanatics will enter a postapocalyptic scene where humanity is being attacked by supernatural monsters. Patrons must remain silent and under no circumstances are allowed to take off their blindfolds. Birds will be chirping and the sounds of rushing water will be played in the dining room, which will be transformed into a forest. Customers who complete the blindfolded meal will be permitted to visit the birdhouse, a safe, well-lit area where they may remove their blindfolds without fearing the monsters. The soundtrack from the movie will be played. Bird Box will be shown on all restaurant televisions.

It may seem a little crazy that anyone would want to attend this dinner, but the film has been a sensation. According to Netflix, 45 million people have viewed it, and “Bird Box challenges” have become so prevalent that the company had to warn people to not get too carried away by wandering around in their daily lives with blindfolds on.

Can’t believe I have to say this, but: PLEASE DO NOT HURT YOURSELVES WITH THIS BIRD BOX CHALLENGE. We don’t know how this started, and we appreciate the love, but Boy and Girl have just one wish for 2019 and it is that you not end up in the hospital due to memes.

The seatings for the dinner will be at 6 p.m. and 8 p.m. and will be available for only 20 people. As an added bonus, if you keep your blindfold on for the whole meal, you get a free drink at the end, which you’ll get to enjoy while watching Bird Box, a movie you’ve probably already seen, because if not, what are you doing there?