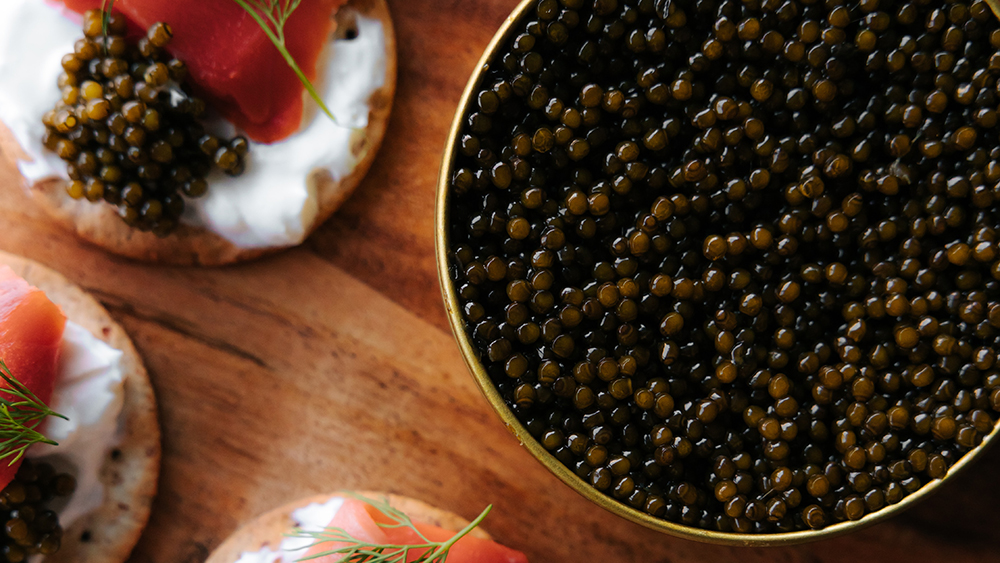 Caviar is considered one of the greatest delicacies in the world. So great, it seems, some people will go to pretty wild—and illegal—lengths to get their hands on the good stuff.

Recently, the California Department of Fish and Wildlife busted a black-market caviar ring near San Francisco, arresting eight people associated with the scheme so far this year, according to the East Bay Times. The authorities believe that some had been illegally fishing sturgeon in the Carquinez Strait and the Sacramento River, while others bought the roe, converted it into caviar and then sold it to customers on the black market.

“I am proud of the dedicated wildlife officers who spent countless hours investigating this wildlife trafficking case to protect our native sturgeon population, which is already severely affected by historic drought conditions,” David Bess, the deputy director of the CDFW and the chief of its law-enforcement division, said in a statement. “We take it seriously when poachers commercialize our wildlife, and we will continue to do everything we can to bring these individuals to justice.”

Since November 2020, California officials have been investigating what they say is one of the biggest black-market caviar rings they’ve ever seen. After illegally fishing sturgeon, the suspects were able to make caviar from the fish’s roe, which they called “black gold.” They then sold that caviar for about $150 a pound, much less than the $100 an ounce the same type can go for in restaurants.

The investigation began when authorities were looking into clam poachers in the Sacramento area, which led them to discover conversations about black-market caviar deals. Using that information, CDFW investigators were able to track at least one of the people suspected of converting sturgeon roe into caviar and selling it. Their investigation would go on to include stakeouts, search warrants, and the saving of at least one nearly dead sturgeon.

While most of the current charges center around the caviar scheme itself, investigators also uncovered firearms, counterfeit cash and 1,000 pounds of suspected illegal cannabis, opening the door to charges for other potential criminal activity. Smells fishy, indeed.