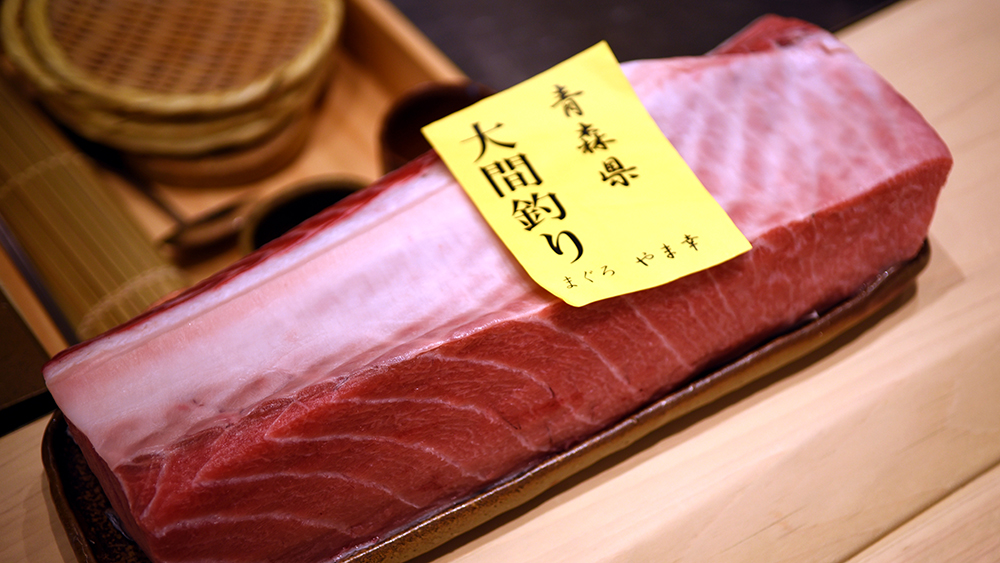 Superstitious seafood lovers in the US will soon have the opportunity to eat the most auspicious fish of 2023.

A gigantic bluefin tuna that sold for $275,000 (¥36 million) in the ceremonial first auction of the new year at Tokyo’s Toyosu fish market will be served up at two stateside sushi restaurants next week.

The hefty 467-pound bluefin, which was caught off Oma in northern Aomori prefecture, was snapped up by Hiroshi Onodera of the famed Sushi Ginza Onodera chain. The prized tuna was broken down at an Onodera restaurant in Tokyo, and will now be shipped to the other high-end outposts in New York, Los Angeles, Hawaii and Shanghai.

The New York location on Fifth Avenue, which carries one Michelin star, will incorporate the coveted bluefin into the seasonal omakase menu for both lunch ($130, $180 or $250) and dinner ($450). The $450 omakase typically consists of eight appetizers, nine pieces of nigiri, a homemade tamago (egg omelet), a miso soup and a dessert, though the numbers may vary slightly depending on the ingredients.

Speaking of ingredients, the omakase will highlight top-notch hairy crab, blackthroat seaperch, baby snapper, scallop, sea urchin and, of course, tuna. The omakase lunch is similar to the dinner, but comes with fewer apps.

The Michelin two-star Onodera in LA will also be serving the tuna as part of the omakase (with no price raise). The high-end West Hollywood restaurant only serves omakase at dinner for $400 per person.

It’s not the first time Onodera has offered six-figure tuna at his eponymous restaurants, either. In 2018, the sushi purveyor shelled out $323,195 (¥36.5 million) for a massive 893-pound bluefin at the highly competitive auction.

The fish sounds worth the coin, too. Oma bluefin, aka Pacific bluefin, is widely considered to be the pinnacle of Japanese tuna, with a perfect ratio of flesh to fat. What’s more, the top-ranking tuna at Toyosu’s annual auction is said to bring good luck to the buyer. Hopefully, the good juju extends to the eater, too.

As you might expect, the tuna will be available in both venues only while supplies last.