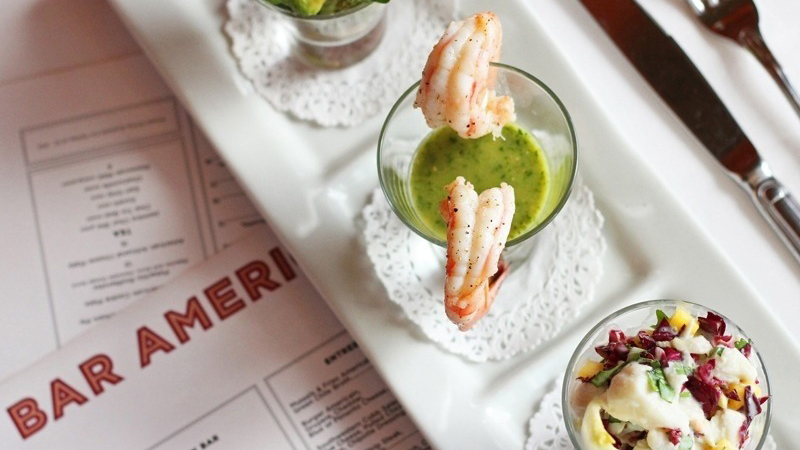 Celebrity chefdom may not be as lucrative as it once was. A decade ago Manhattan was sprinkled with the restaurants of Food Network stars and cooking competition hosts, but the ranks are thinning out. Top Chef’s Tom Colicchio had to close his restaurant Craftbar after 15 years because the landlord raised his rent 50 percent; Scott Conant split from Scarpetta; Guy Fieri’s Flavortown mecca shuttered; and now Bobby Flay has folded-up shop at his Midtown fine dining destination, Bar Americain.

Flay opened the restaurant back in 2005 as his ode to America. On its menu were elevated versions of dishes you’d find across the country, from the gluttonous Hot Brown from Louisville, to Cioppino in San Francisco, to crab cakes in Maryland. And it wasn’t like he was just cashing in on his name like Fieri was accused of doing; he served food to which the New York Times gave two stars, a full five years into its run. But the cost of doing business in Manhattan is becoming prohibitive to restaurants, as legendary Le Cirque and George Mendes’ Lupulo can attest to, both of which closed at the end of 2017.

“My partners and I were in agreement that in order to take on another long term commitment that would take us into the next decade or two, Bar Americain would need a full renovation that would be prohibitively costly,” Flay said in a statement. So after lunch service on Wednesday, Flay and his investors served their last meal and called it a day.

This isn’t Flay’s first closure in the city. Back in 2013, he ceased operations of his flagship restaurant Mesa Grill, which explored his love of Southwestern flavors and helped propel him to stardom. The Food Network star still operates Gato downtown in NOHO, a bar and restaurant devoted to Spanish and Mediterranean cuisine. And although the original Bar Americain and Mesa Grill no longer exist, there are still outposts in casinos. Because in Vegas, what is dead can never truly die.