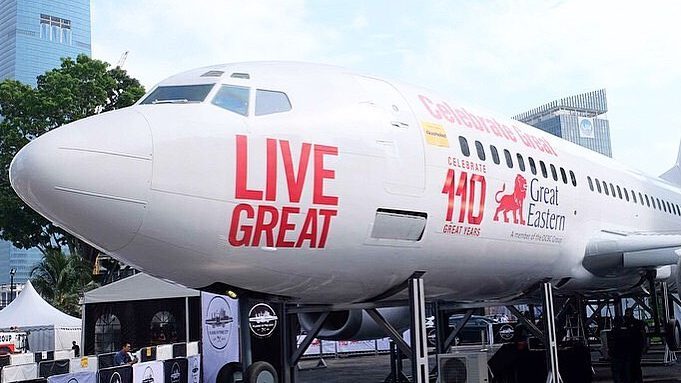 There’s a long tradition of taking a mode of transportation, cutting its legs out from under it, and then turning it into a restaurant. Across America there are train cars converted into restaurants, like the one Anthony Bourdain especially loves, the Silver Palm in Chicago. There are Airstream trailers converted into kitchens, like at The Still in Las Vegas. There’s food being served out of shipping containers, and drinks from docked boats, like Grand Banks in New York City a bar and restaurant in a big wooden schooner. But in Kuala Lumpur, they’re thinking bigger.

Right in the middle of Malaysia’s capital, Plane in the City has created a fine dining restaurant inside a converted Boeing 737. The experience is divided into three levels: Economy, Business, and First Class, with the top tier including a night stay at the Le Meridien Kuala Lumpur.

Hoping to be more than your average airplane fare—which is usually quite below average—the culinary team at Le Meridien, led by executive chef Antoine Rodriguez, developed the menu for the restaurant, with each class getting a distinct set of courses. The three-course Economy, for $50, includes selections like steamed fish of the day in a soy broth with scallion, ginger, and coriander. One level up, set at around $100, comes with four courses like the scallop and crab in miso creps with confit potato. And the First Class experience is five courses including soy-glazed cod, udon, wilted kalian, and Chilean mussel broth and costs about $253 US.

The top two packages also include cocktails appetizers in the lounge before dinner, with Business Class enjoying some lobster rolls, and First Class also receiving caviar and unlimited drinks. But no matter which package you buy, you get to swing by the cockpit for a visit, and then go for a wing walk like a 1920s daredevil. Well, not quite like that, but it would still hurt if you fell off.