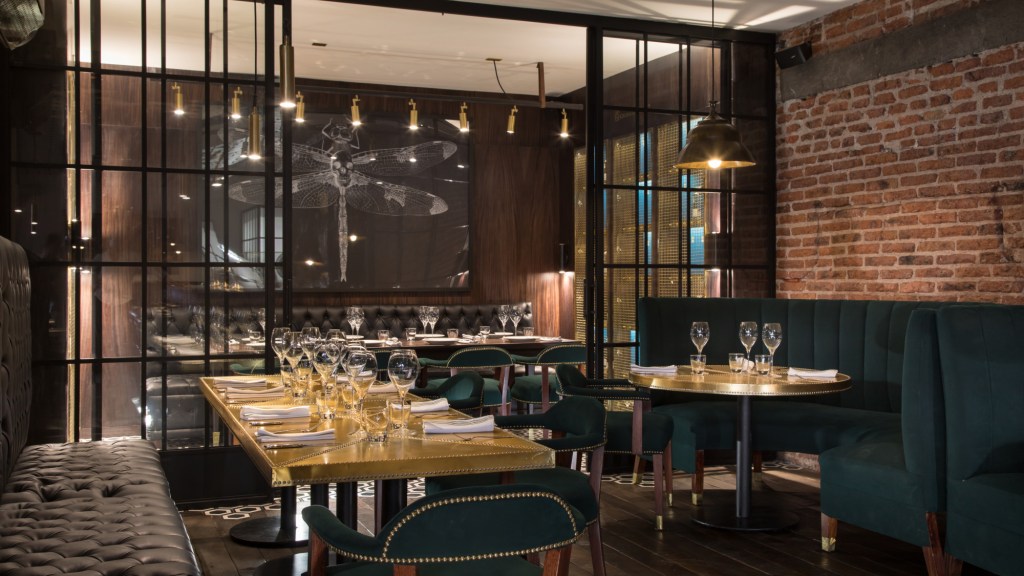 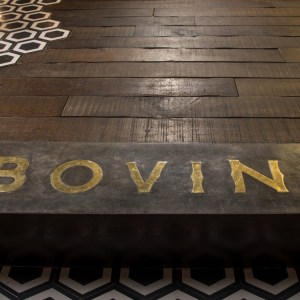 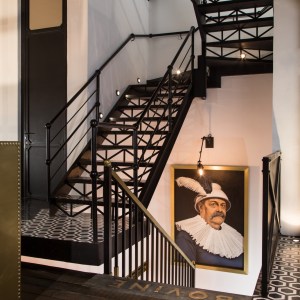 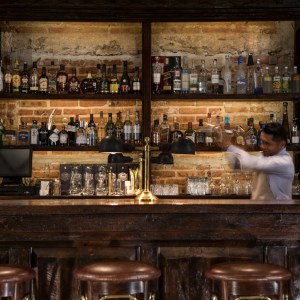 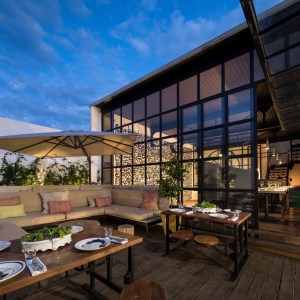 Wander down one of the idyllic cobblestone streets in San Miguel de Allende’s colonial town center, and you may find yourself in a quaint garden patio among diners relaxing with margaritas and sampling some local fare. Keep ambling towards Calle Relox and you’ll come across local artisans selling silver jewelry, painted masks and embroidered linens. The payoff is a courtyard collective with a central café, coffee shops, and bars surrounded by top retailers—such as clothing designer Carla Fernández, and the sophisticated boutique L’Ôtel on the top floor with city views. The place can charm you at every turn.

Long before the tourists and shops arrived, San Miguel (originally founded by a Franciscan monk in 1542) had a wave of artists arrive in town after World War II. Ex-pats have continued flocking and now number as many as 10,000 (depending on the time of year) due in part to popular institutions such as Instituto Allende and Instituto Nacional de Bellas Artes. No longer just painters and sculptors, a new kind of artisan is inhabiting this mountain enclave: chefs.

From Mexico City’s Enrique Olvera (setting up tasting menus at Hotel Matilda) to American-born Donnie Masterton—chef-owner of The Restaurant, creating artful Mexican fusion that has drawn visitors and locals alike—San Miguel is fast becoming Mexico’s culinary hub. Most recently, an Australian chef by way of New York and Guadalajara has brought an innovative dining concept to the town, further enhancing the spotlight on one of the most exciting and emerging food destinations on the planet.

The transformation hasn’t been seamless. Harold Stream III—a private investor and contemporary art collector who resides part of the year in Nashville—caused some controversy when he opened Hotel Matilda half a dozen years ago. This modern art haven located on the traditional and quiet street of Aldama featured very non-traditional elements—the lobby, for example, featured glass boasting graphic images from Spencer Tunick and Victor Rodriguez.

That clash of old and new eventually faded and the hotel became not only a destination for staying and dining, but a turning point in town, representing a new San Miguel. “The town was divided before and after Hotel Matilda,” according to hotelier, Bruce James—who also had the vision to bring superstar chef Enrique Olvera from Pujol in Mexico City to the hotel’s MOXI flagship restaurant. “It changed the hotel and culinary scene and opened the door for a lot of new chefs. We are doing things against the trend (again) six years later.”

The team behind Matilda wants to push San Miguel forward again. Instead of opening another modern Mexican restaurant, they’ve teamed with Australian chef Paul Bentley–whose credits include Town and Daniel in New York–to open the areas first meat-centric brasserie. “Everything in San Miguel now is modern Mexican. There is nothing like this in town,” confirms chef Bentley.

Bentley opened Bovine on the second level of the new Codigo Postal Design collective among upscale boutiques and a high-end fashion design house. The space, which was rescued from becoming a McDonald’s when local activists pushed back against the fast food incursion, feels like you’ve stumbled upon a rustic-chic local haunt. It features hardwood floors that lead to an open kitchen on the patio as well as a large, inviting bar opposite a floor-to-ceiling, black-and-white abstract wall painting. It redefines the traditional steakhouse vibe.

A native of Southwestern Australia, Bentley’s connection to agricultural production, the sea, and the kitchen began during his adolescence while mastering skills that that would keep him out of trouble—and eventually lead him to America. After spending a decade in New York City kitchens developing an elegant yet contemporary style as well as French techniques with master chefs like Daniel Boulud, chef Bentley has most recently garnered his own raves south of the border. First for his menu as chef of Mi Amor in Tulum, followed by his Magno Brasserie in Guadalajara being hailed as one of the country’s best new restaurants when it opened. Bentley hopes to bring something a little different with a more diverse option to the San Miguel dining scene but still make it approachable. For the chef, a true brasserie is “simple, hearty and honest. I just want people to try it and enjoy it.”

Among those things: reinterpreting the traditional meat-with-vegetable concept of a steakhouse by focusing on cutting-edge preparation techniques and trends. “We are designing comfort food with complex and layered flavors that bring an exciting new metro-chic dining experience to San Miguel,” said Bentley.

You won’t find any handmade corn tortillas on the menu but the crew is making their own charcuterie and the beef will also be dry-aged in-house, which is very rare for restaurants in Mexico. From a tiny open-air kitchen off the main outdoor patio a wood-fired grill prepares rib-eyes, roast chicken, and whole fish nightly. A standout dish is the suckling pig which is brined for 12 hours, then poached for 18 in pig fat, garlic, thyme, lemon peel, cilantro seed and pan seared with lavender, honey and sea salt, served to the table in an oval cast iron pan. The side potatoes have the creamy texture of a georgette with a crusty coating.

Other meat-feats come in the form of a massive Berkshire pork tomahawk with fennel salt and Brussels sprouts or braised beef short ribs with bacon in a red wine reduction. Lamb ribs are dressed with miso, eggplant and gremolata while cote de boeuf is dry-aged 45 days. The signature hamburger patty is a mix of brisket, ribeye, chuck, and braised short ribs and infused with lemon zest. But it’s not all about the carnivores. There will be a seafood bar, with fresh fish, oysters and clams flown in from Ensenada. Apart from that, local and national products will be showcased during the daily lunch and dinner service.

Menu highlights on the lighter side include sea fruit with oysters and scallops in citrus and chili oil; steak tartare with truffles, tarragon aioli and crispy potatoes, chicken liver mousse with port gelee and tuna tartare with ponzu and Yuzukoshō. Bentley and the team have even perfected an All-American lemon pie with lemon curd, sour cream and lemon peel puree, along with a Paris Brest smothered in hazelnut cream and praline ice cream.

Bertha González Nieves, CEO/co-founder of Casa Dragones Tequila has worked with many top chefs across Mexico since launching the brand in 2009–including exclusive dinners with Bentley and Olvera in the private dining room at Bovine­–noted, “It’s very exciting to now see San Miguel de Allende emerging as one the hubs of Mexico’s culinary scene. The fact that he [Bentley] has opened a restaurant here is a testament to that. You can now find so many excellent restaurants and innovative chefs creating exceptional cuisine.”

While it may seem that chefs from Mexico are landing in Los Angeles and New York in droves lately, many are also heading the other way. According to Bentley, “We’re getting an awful lot of chefs coming from LA to Guadalajara and then San Miguel. There was never that gateway before but now there is a really good restaurant scene in both places.”

While the obvious move would have been for Bentley take on Mexico City for his next culinary rise, he found it was just too similar to a New York hustle. “I just wasn’t in the mind set to do that,” he says. “What I’ve found in areas like San Miguel and Guadalajara is you can be part of a change and for me it’s more fulfilling rather than going somewhere and competing. There are more diverse foods and people are willing to risk and do something different—not to just do contemporary Mexican. I see the guys who work with me and they are so stoked.”

Although Bentley applauds Olvera for opening Cosme in New York, “It not only speaks volumes of him as a chef but also as a business person. I’ve had over 10 years in New York and have seen new chefs come in and they chewed them up and spat them out because they didn’t do it the right way. I’ve seen everyone from Gordon Ramsay, José Andrés and Dani García all got their arses handed to them. New York will always be like the Grand Prix but to play in those leagues and to stay up there you have to have a certain balance in your life.”

As palpable as the chef’s enthusiasm for Mexico might be, this will not be the last landing pad for Bentley. Like all the other greats from the Big Apple who seem to be migrating quickly out West, from Jean-Georges Vongerichten to David Chang, Bentley is looking to Los Angeles for his next move and is currently scouting locations. (Angelenos shouldn’t rule out the Fairfax district as a possible opening spot for the chef.) He will be in good company with fellow Aussie country-mate Curtis Stone of Gwen in Hollywood and Melbourne chef Shaun Quade of Lûmé, who has his sights set on West Hollywood for his first U.S. outpost. “is a total food boom going on in Los Angeles with the product you can have and the lifestyle I think it makes for something very, very interesting.”