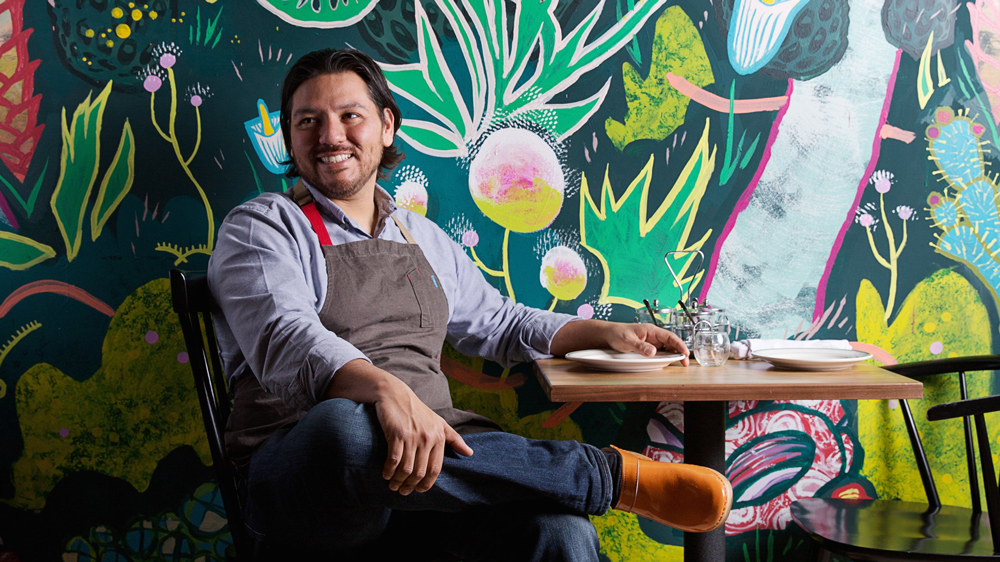 Growing up, Ray Garcia loved the enchiladas his mother made. But that doesn’t mean he didn’t look to improve upon them once he became a chef. The owner of Downtown Los Angeles’ Broken Spanish is always finding ways to mix his professional techniques with dishes close to his heart. That’s what has guided him to create his contemporary Mexican restaurant that takes inspiration from tradition, but is always willing to tweak the original. It has made him part of a movement of chefs in California who are on the leading edge modern Mexican cuisine in America.

His big tweak to his mother’s original enchiladas was trying to find a way to still have a creamy filling without it being heavy or even gloopy when it cooled down. So instead of packing it with a ton of cheese that can solidify if it’s not hot enough, he turns to soubise, which is a cream and onion sauce similar to a béchamel.

In this episode of Robb Report’s Culinary School Garcia shows the basics of making great enchiladas from scratch. He also discusses the home cooking project he’s eager to tackle, cooking in the time of Covid-19 and how serving a half a goat’s head didn’t go over so well in the early days of Broken Spanish.