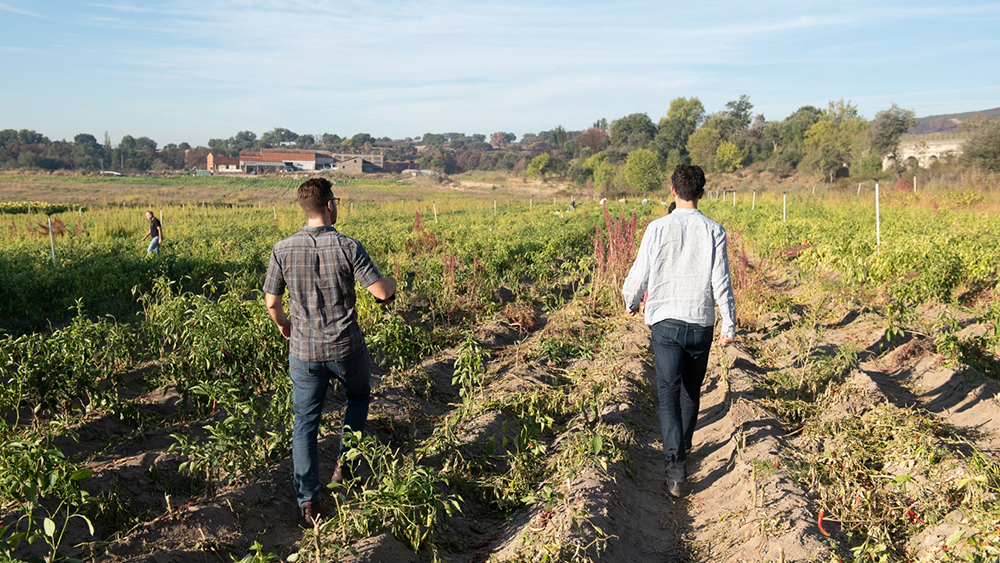 Ethan Frisch likes to joke that he started Burlap & Barrel, the three-year-old single-origin spice company he runs with his business partner, Ori Zohar, as “an excuse to travel to cool places.” What started as a joke ended up an understatement.

Think of Frisch and Zohar as the Indiana Joneses of special seasonings, motorbiking across Vietnam in search of old-growth cinnamon trees, bundling into prop planes in Zanzibar for black pepper perfectly ripened on the vine and trekking the hills of Guatemala in pursuit of cloud-forest cardamom.

But those trips are just the gravy. Frisch, who was a chef in New York and London before working with NGOs in some of the world’s most war-torn places—Afghanistan, the Syrian-Jordanian border—has loftier goals. As a public-benefit corporation, the company has a two-fold mission: first, to find, import and sell the world’s very best spices and herbs, everything from tiny, pristine buds of Turkish oregano to shade-grown Nicaraguan turmeric redolent with notes of ginger and carrot; and next, to help set up smallholder farmers to export for themselves. Plus, Frisch gets to deliver authentic ingredients to professionals and home cooks alike.

“Every foodie has a story of having traveled to some cool destination, tasted something, and come home to try to recreate it,” he says, “and then realized it doesn’t work—the ingredients are different.”
Part of the reason for the difference between a spice found at the source and one found at the local supermarket is that the spice supply chain has barely changed since the founding of the Dutch East India Company in 1602, back when Shakespeare was still publishing new plays. Frisch says many spice companies are technically spice blenders, using product that gets moved around for months—even years—before it arrives on a store shelf. Most spice sellers buy from numerous middlemen, keep their sources secret and combine crops from multiple farms into one colossal batch.

Burlap & Barrel products turn that process inside out. Frisch urges his customers, who include some of the United States’ best chefs (see below), to think of spices like wine grapes: Terroir, seasonality and vintage all matter, as do passionate farmers producing distinct heirloom varieties.

As does, of course, traveling the world to identify only the most superlative regions, growers and methods—but that part you can leave to Frisch.