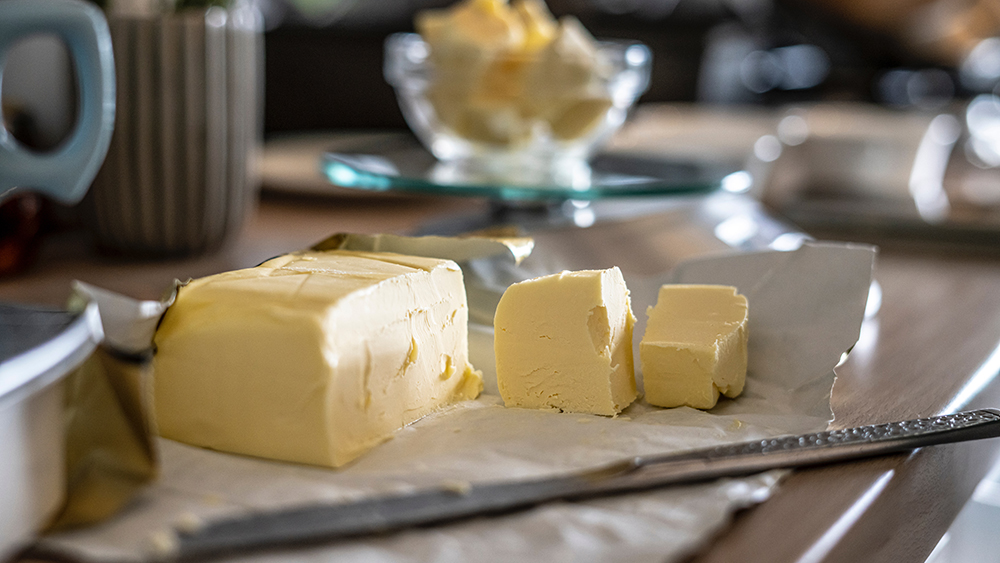 Your Butterball turkey was already in danger this season. Well, now your butter is too.

Throughout the United States, the price of butter is soaring as supplies become squeezed, according to a new report from The Wall Street Journal. That’s especially worrying as we head into the time of year when bakers hunker down in their kitchen, turning out cookies, cakes, pies and more holiday treats.

While overall grocery prices in August rose 13.5 percent over the past year, the cost of butter rose almost twice that—a whopping 24.6 percent—over the same time period. And in July, the amount of butter in cold storage facilities was at its lowest point since 2017. Neither of those stats are good news for the home bakers among us.

A number of factors have contributed to both the butter shortages and the high prices. Dairy farms experienced lower milk production in the first half of the year, thanks to a smaller dairy herd and higher prices for farmers. Typically, milk production sees 1.5 to 2.5 percent of growth per year, but through June of this year, milk production actually declined by 1 percent.

On top of that, labor shortages at processing plants have made it even harder to keep up with demand. Some butter makers have had to reduce or idle production, Tanner Ehmke, an economist at the agricultural lender CoBank, told the WSJ. And due to short staffing, some companies are experiencing a 5 to 10 percent drop in production this year compared with pre-pandemic years.

Of course, these challenges then show up in the price of butter. At the end of August, the average price was $4.77 per unit, the highest it had been since at least 2017, The Wall Street Journal noted. With butter being a key component of much cooking and baking—whether it’s the holidays or not—consumers have mostly had to put up with the higher prices.

Some, however, have found workarounds to that problem. Kristi Peterka, who recently started selling homemade baked goods, told the newspaper that she’s been stocking up on butter when she sees that it’s on sale, even enlisting her parents and in-laws to help her get around store limits. To that end, she’s now the owner of about 40 pounds of butter.

If you run out of the necessity because of the shortage, at least you now know who to turn to.