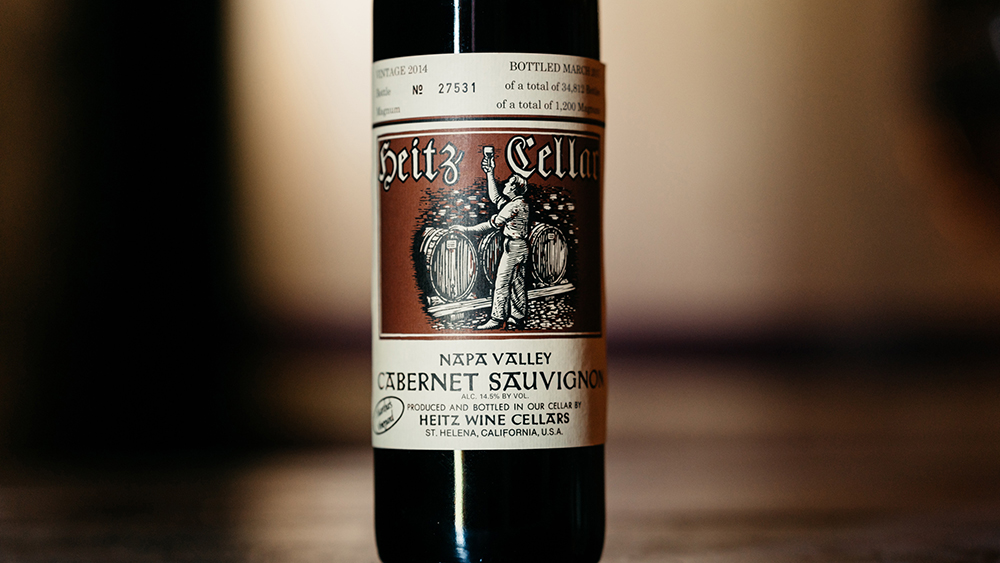 Say what you will about the reliability of the 100-point scale for evaluating wine (and I have, questioning whether a 94-point wine can possibly be objectively better than a 93, say), but when a respected critic goes all the way to 100, it’s absolutely worth sitting up and taking notice. A 100 is an unequivocal statement that, in that reviewer’s mind, the wine—from that place and time—couldn’t possibly be any better.

The descriptions backing recent “perfect” scores for Northern California Cabernet Sauvignons, from some of the most prominent critics of the region, make it clear that wines eliciting the elusive 100 manage seemingly incompatible disparities. They’re immensely powerful but elegant. They’re fresh and focused but rich and complex. They’re built to age for decades yet tempting to drink right now. And they invariably have an indefinable quality beyond known descriptors that renders the reviewers a little breathless—unbelievable, possibly, considering that these critics taste hundreds, even thousands, of wines every year, but ironically, also believable because they do.

Perfection doesn’t come cheap, of course. But if this year has depleted the first-string bottles in your cellar a little faster than usual, here is a collection of 100-pointers poised to fill those vacancies, with the arguments made in the critics’ own words. And, amazingly, they’re available (the wines, not the critics). 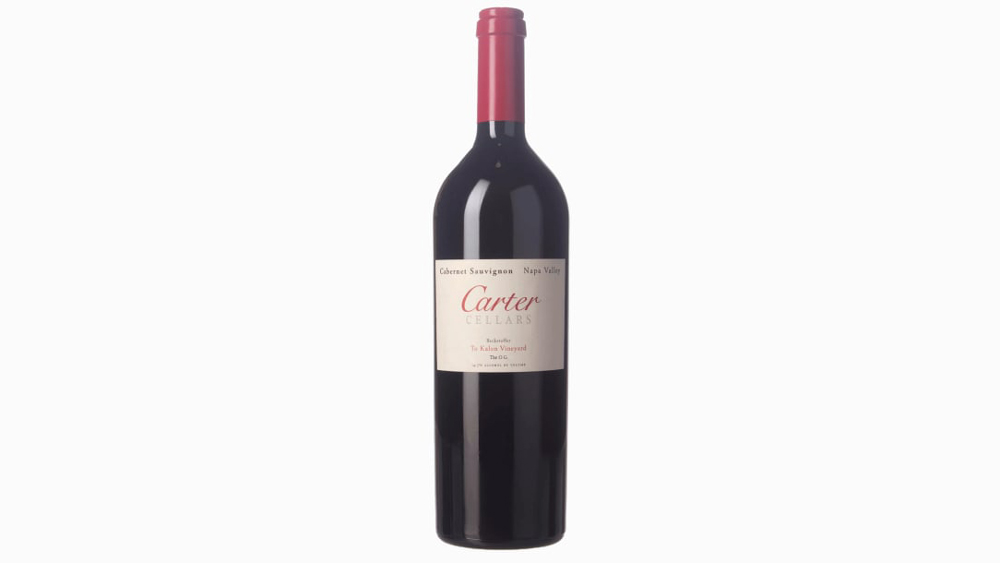 The 2016 Cabernet Sauvignon The O.G. comes all from the 337 clone of Cabernet Sauvignon and … was brought up in new French oak. It’s … fresh, focused and chiseled … and has building notes of black currants, camphor, scorched earth, chocolate and graphite, with a beautiful violet character coming through with time in the glass. Deep, rich, full-bodied and powerful, with perfect balance between its fruit, tannins, acidity and alcohol, it’s a monumental Napa Cabernet Sauvignon that’s going to drink beautifully for 2+ decades. —Jeb Dunnuck 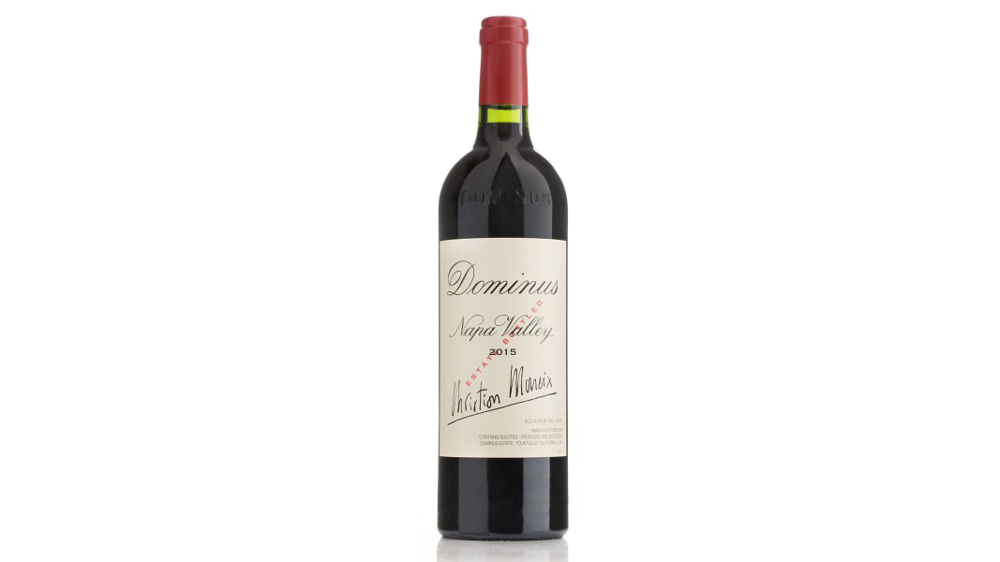 The 2015 Dominus is a flawless, perfect wine as well as a legend in the making. A blend of 86% Cabernet Sauvignon, 9% Petit Verdot and the rest Cabernet Franc, from dry-farmed vines and brought up in just 40% new French oak, its ruby-purple color is followed by an extraordinary bouquet of black currants, crème de cassis, damp earth, smoke tobacco and spring flowers. Reminding me of the 2015 Château Margaux with its incredible mix of elegance and power, this beauty hits the palate with full-bodied richness, stunning purity of fruit, building tannins and awesome length. This sensational textured and voluptuous Dominus drinks well today yet will evolve for 25–30 years or more. —Jeb Dunnuck 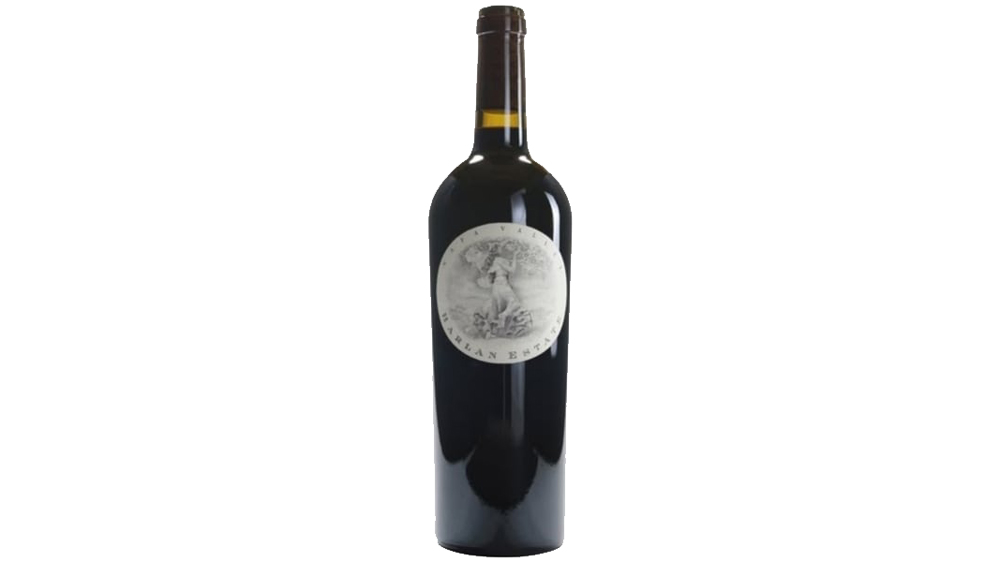 From the famous Oakville site, this aged wine spends three years in 100% new French oak, one in neutral oak and an additional year in bottle. Though it has had time to evolve, it has years to go to unfurl its core of eucalyptus, mint and cedar. It shows an unmistakable crispness of red fruit, orange peel and stone, all honed by a grippy, generous palate. Enjoy 2024–2034. —Virginie Boone, Wine Enthusiast 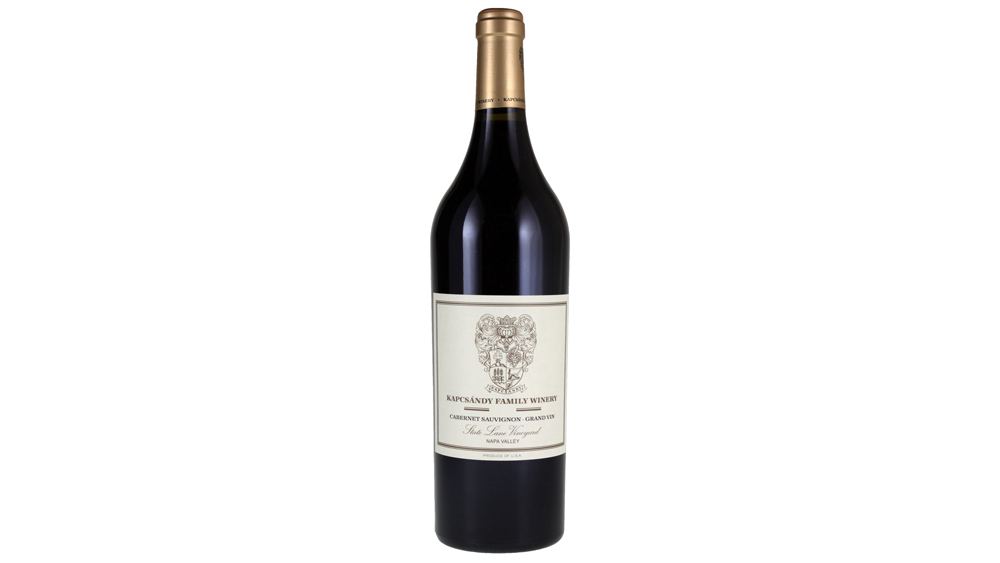 A blend of 98% Cabernet Sauvignon and 2 percent Cabernet Franc aged in 90 percent new French oak, the 2016 Cabernet Sauvignon Grand Vin State Lane Vineyard is deep garnet-purple colored with a lovely crème de cassis core backed up by the most amazing perfume of lilacs, oolong tea, camphor and dark chocolate plus gentle wafts of aniseed and red currants. Medium-bodied with fantastic vibrancy and intensity, the palate practically rings with spine-tingling energy. It slowly builds in the mouth to reveal layers of red and black fruits supported by a very finely grained frame and seamless freshness leading to a drop-dead gorgeous, perfumed lift on the long finish. Sex in a glass. —Lisa Perrotti-Brown, Wine Advocate 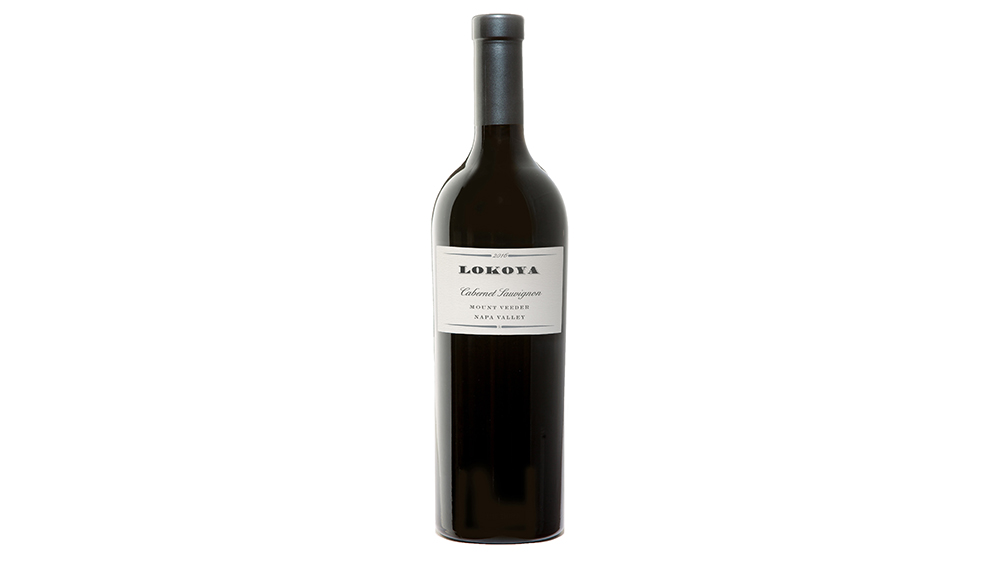 This literally off-the-charts effort is as good as Cabernet Sauvignon gets, offering complex blueberry and blackberry fruits, violets, bay leaf and forest floor aromas and flavors. It’s a big, structured mountain Cabernet, yet it has a seamless texture. Incredible elegance paired with full-bodied power, building tannins and a great, great finish. Hide bottles for 4–5 years and it will keep for 3+ decades. Good luck keeping your hands off it though. Anticipated maturity: 2023–2051. —Jeb Dunnuck 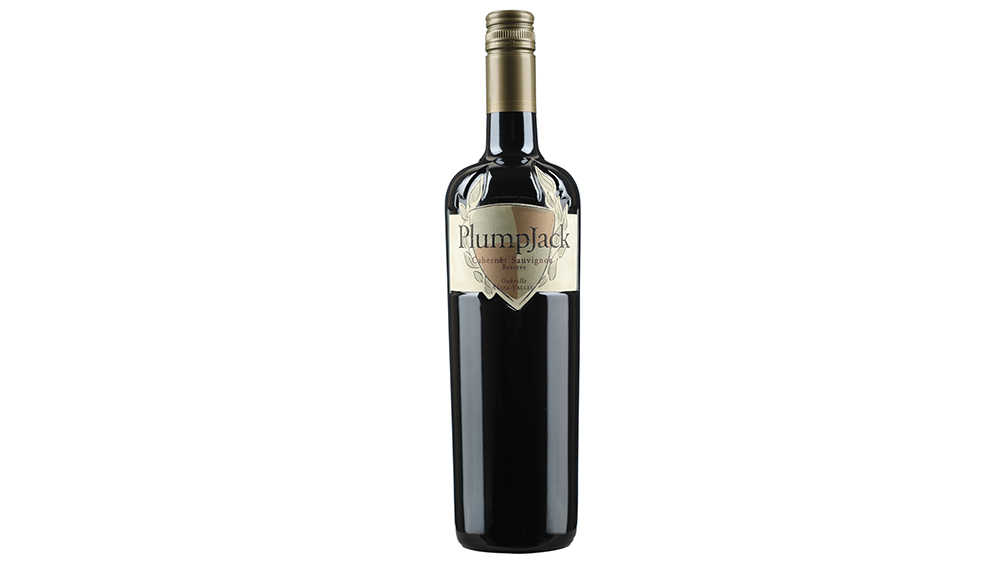 Bottled under screw cap, the 2016 Cabernet Sauvignon Reserve is certainly a worthy follow-up to the monumental 2015. As pure, seamless and classy as it gets, with heavenly notes of crème de cassis, white flowers, lead pencil shavings, graphite and damp, rock-like minerality, this beauty hits the palate with full-bodied richness, a layered, multi-dimensional texture, no hard edges and spectacular length. This is another monumental wine from this team that needs to be tasted to be believed. —Jeb Dunnuck 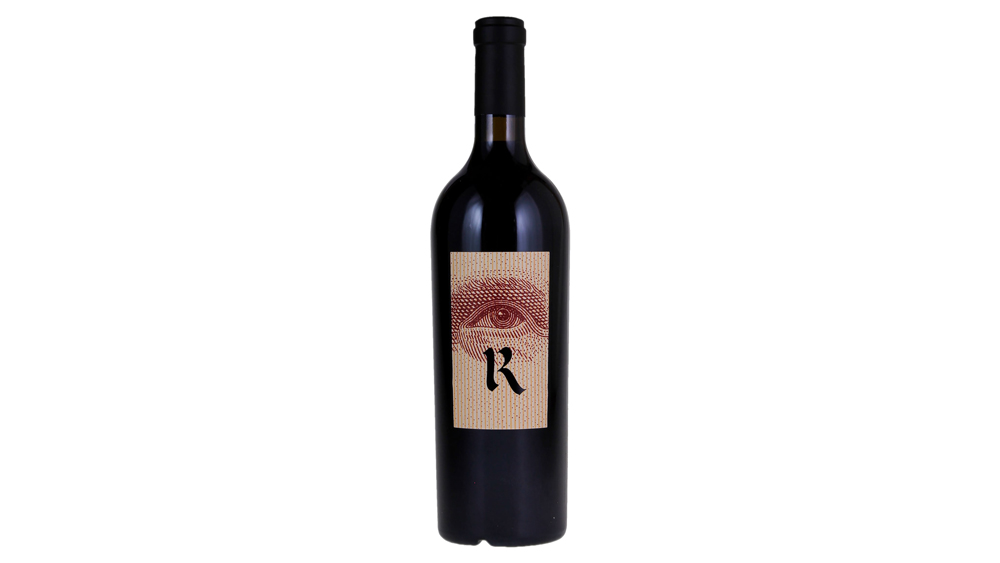 An incredible wine that tops out on my scale, the 2016 Cabernet Sauvignon Beckstoffer To Kalon comes from one of the great terroirs of the world and delivers everything you could want from a Napa Cabernet! Off-the-hook notes of black currants, blueberries, black cherries, violets, plums, smoke tobacco and incense all soar from the glass. It’s a massive wine, yet stays perfectly balanced and pure on the palate, with loads of tannins, no hard edges and a blockbuster finish. It’s undeniably about as sexy as it gets, yet stays graceful and light, with an ethereal personality. Don’t miss it. —Jeb Dunnuck 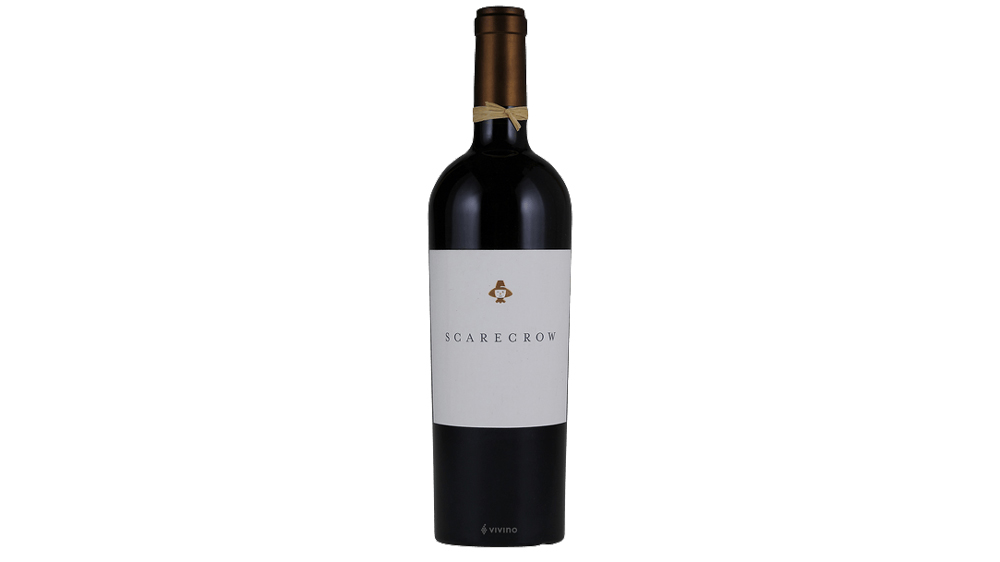 The 2016 Cabernet Sauvignon would give the 2015 Château Margaux (that’s what leaped into my head as I tasted this) a run for its money and is an utterly perfect bottle of wine that does everything right. Made from 100% Cabernet Sauvignon from very old, dry-farmed vines in what was previously known as the J.J. Cohn Vineyard, its deep purple color is followed by a heavenly perfume of blueberries, spring flowers, lead pencil, exotic spices and graphite. Focused and poised … with full body, ultra-fine tannins and ho hard edges, it’s a wine of incredible elegance paired with remarkable intensity and it’s rare to find a wine that marries both so effortlessly. As with the vast majority of truly great Cabernet Sauvignons, it’s great today and will be great in 30 years. —Jeb Dunnuck 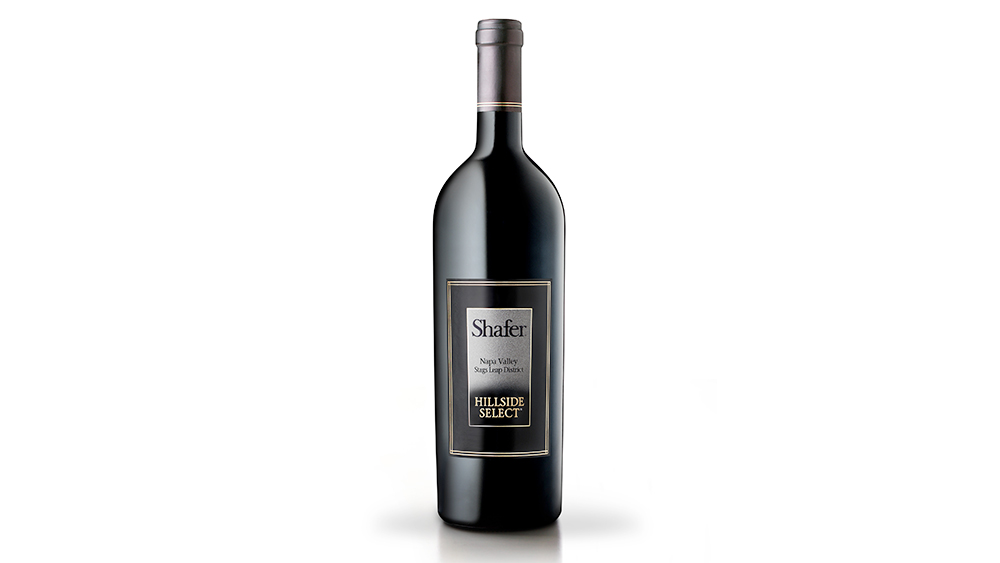 This 2016 strides confidently out of the glass with expressive notions of blueberry preserves, Black Forest cake, cassis and cedar chest with touches of pencil lead, licorice, violets and sandalwood plus an exotic waft of Indian spices. The rich, densely packed, full-bodied palate is at once thrillingly hedonistic and perfectly poised, featuring a rock-solid frame of firm, exquisitely ripe tannins and tons of freshness, finishing epically long and with stunning opulence. Bravo! —Lisa Perrotti-Brown, Robert Parker Wine Advocate 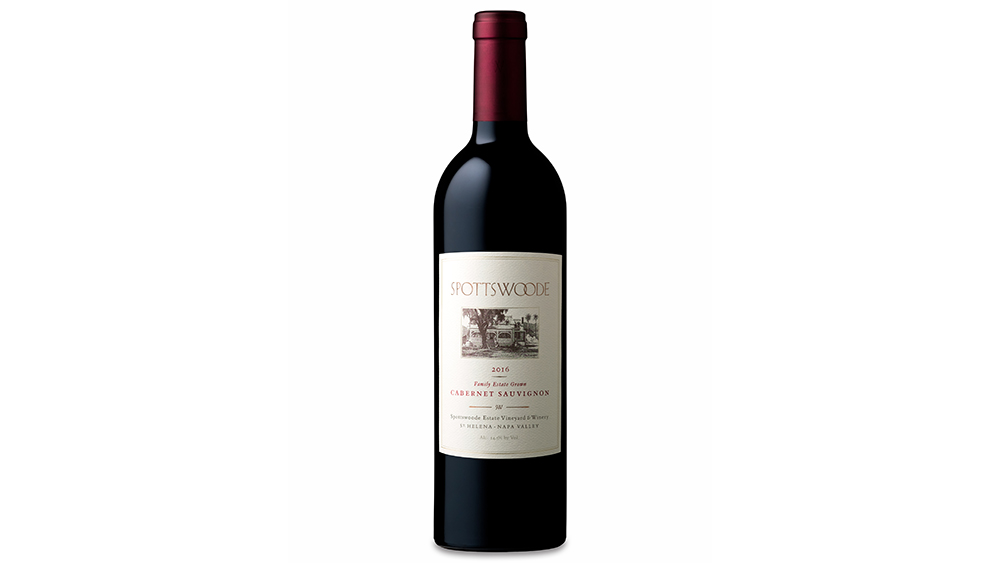 A perfect wine is the 2016 Cabernet Sauvignon Estate, composed of 85% Cabernet Sauvignon, 9% Cabernet Franc and 6% Petit Verdot, which is a classic blend from this incredible estate. Sporting a deep purple color as well as an extraordinary bouquet of ultra-pure crème de cassis, blueberries, camphor, scorched earth and licorice, with subtle background oak, it hits the palate with a full-bodied, deep, powerful texture that carries sweet tannins and blockbuster length. With a stacked mid-palate, straight-up awesome purity of fruit and a huge finish, it’s as classic and brilliant as it gets. Reminding me of the 2013 with its pure yet backward style, give bottles 4–5 years of bottle age and it will keep for 3–4 decades. Hats off to the team at Spottswoode for this legend in the making! —Jeb Dunnuck 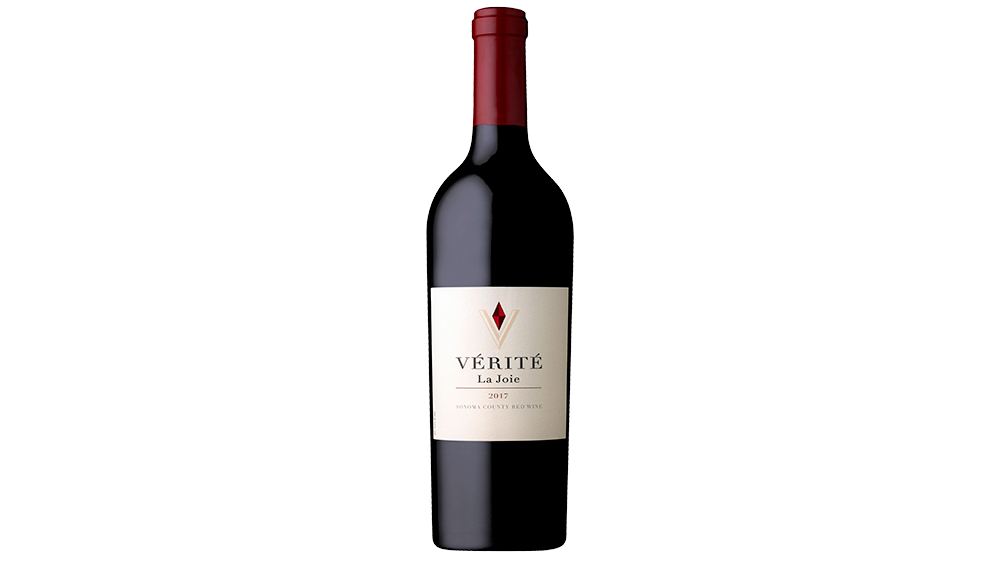 Tasting like a great bottle of Château Lafite, the 2017 La Joie is based largely on Cabernet Sauvignon and brought up, I suspect, in mostly new French oak. Deep ruby/purple, with a heavenly bouquet of crème de cassis, lead pencil, cedarwood, graphite and tobacco, it hits the palate with medium to full-bodied richness, an incredible sense of elegance and purity, building tannins and a great, great finish. This majestic, regal Sonoma County Cabernet Sauvignon is going to require a decade of cellaring to hit maturity (although it’s far from unapproachable today) and will see its 50th birthday in fine form. I followed this bottle for three days and it never showed a hint of oxidation. This is easily my wine of the vintage in 2017. —Jeb Dunnuck

A Lawsuit Spurs the Return of Indoor Dining in New York State, but Not in NYC

From Vegan to Paleo: 8 Healthy Meal Delivery Services to Keep You in Shape This Year

How High-End Sushi Became a Pandemic Lifeline for LA Restaurants