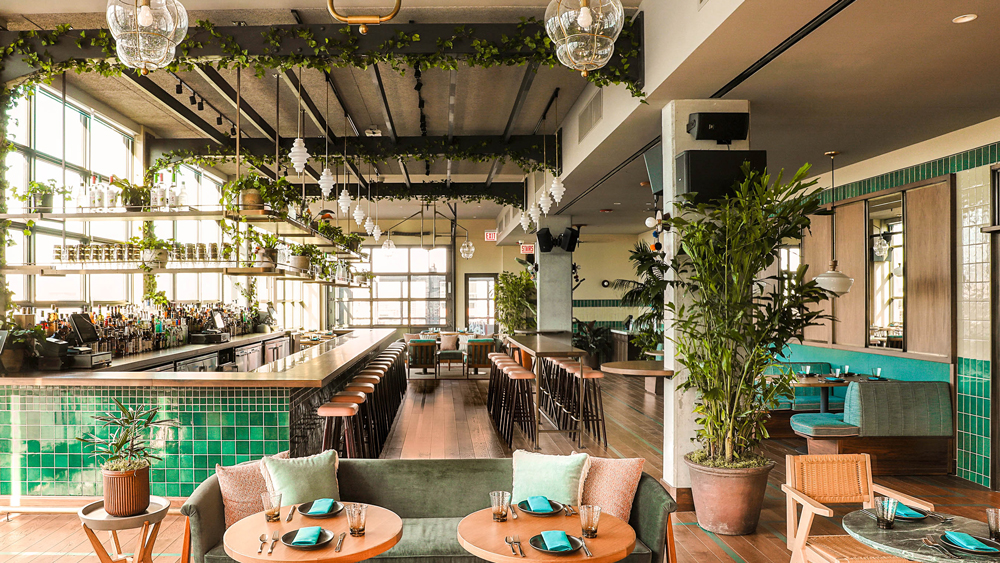 This time, the “Goat” is South American. Cabra, Top Chef and James Beard Award-winner Stephanie Izard’s Peruvian-inspired restaurant, opens atop Chicago’s Hoxton Hotel tonight. The Fulton Market spot is just a block or two from Izard’s other restaurants, the Girl and the Goat, Little Goat Diner and Duck Duck Goat. Like them—as well as our 2018 restaurant of the year Bellemore—it comes courtesy of Chicago restaurant powerhouse, the Boka Group. And yes, “cabra” is Spanish for goat.

Izard has referred to her most recent restaurant, Duck Duck Goat, as “reasonably authentic” and “Americanized Chinese food.” Cabra will be similarly Peruvian-inspired but Izard-executed. For research, she and the Cabra team travelled to Lima, Arequipa and Cusco; the menu includes ceviches and tiraditos, plus empanadas, hot and cold botanas, and other dishes ranging from beef heart anticuchos to entrees of chicharron del puerco (“skin-on fatty pork shank”) and whole snapper.

The 12th-floor rooftop restaurant has two decks, two fire pits, a separate bar and a swimming pool, according to Eater Chicago. There’s also a six-person chef’s counter-type seafood bar, where diners can see the ceviches and tiraditos being butchered, marinated and assembled, reports Food & Wine. (Izard previewed one ceviche on Twitter earlier this month.)

The chef at her restaurant Girl and the Goat.  Photo: courtesy Stephanie Izard, Inc.

Cabra highlights both the Latin and Japanese aspects of Peruvian cuisine; ingredients like quinoa, purple sweet potato and aji amarillo can be found throughout the menu, along with yuzu, ponzu and “chimmi” (the ever-informal Izard’s term for chimichurri). And oh yes: one of the empanadas is “smoked goat.”

The Boka Group is running all three spots at the Hoxton, Chicago; in addition to Cabra, there is the ground-floor, all-day Cira, from Chris Pandel (Swift & Son’s, Cold Storage and Dutch & Docs), and Lazy Bird, a bar from Boka beverage director Lee Zaremba (who also fills that role at Cabra and Cira) featuring 52 classic cocktails.

The Hoxton’s boutiquey “open-house hotel” chain began in the London neighborhood of the same name (though it’s technically in Shoreditch). In addition to four European locations, and now Chicago, there are recently-opened Hoxtons in Portland, where chef Johnny Leach serves creative Mexican food at La Neta (as well as the rooftop taco bar Tope) and one in Williamsburg, where Zeb Stewart and Jed Mongell (Five Leaves, Union Pool) have three restaurants.