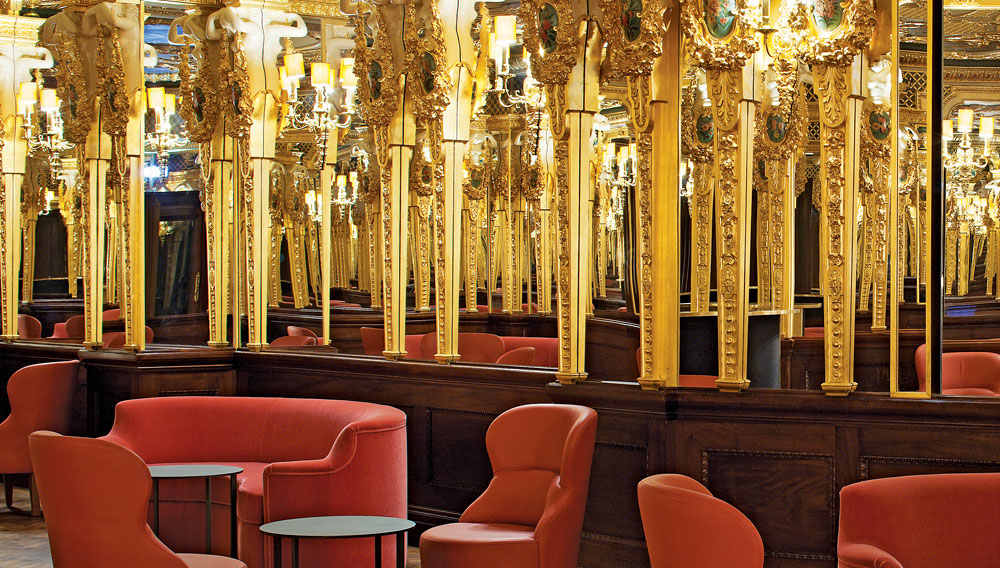 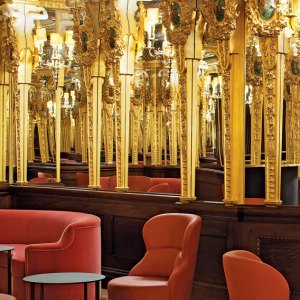 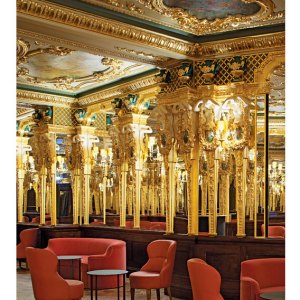 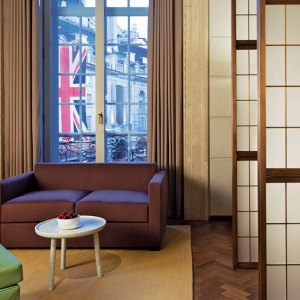 Over the course of its century-and-a-half-long history, London’s Café Royal witnessed the mischief of patrons from Wilde, Churchill, and Shaw to Bardot, Taylor, and Bowie. The storied bar-cum-restaurant eventually closed in 2008, but this past December—following an extensive restoration and expansion by the new Set Hotels Group—the Georgian institution reopened as a 159-room hotel.

Café Royal’s gilded restaurants, the Domino Room and the Grill Room, still anchor the property, but the hotel now extends into a handful of surrounding buildings that house its contemporary guest rooms. Deftly designed by the Brit­ish firm David Chipperfield Architects, the accommodations afford windows and balconies that look onto Regent, Air, or Glasshouse Streets near Piccadilly Circus.

Cocktails and cuisine remain central to the experience at Café Royal, where the Grill Room is now a Champagne-and-caviar lounge and the Domino seats 60 for dinner. Also on-site are a British brasserie, a bar, and a café, as well as a members’ club and a 13,000-square-foot subterranean spa.