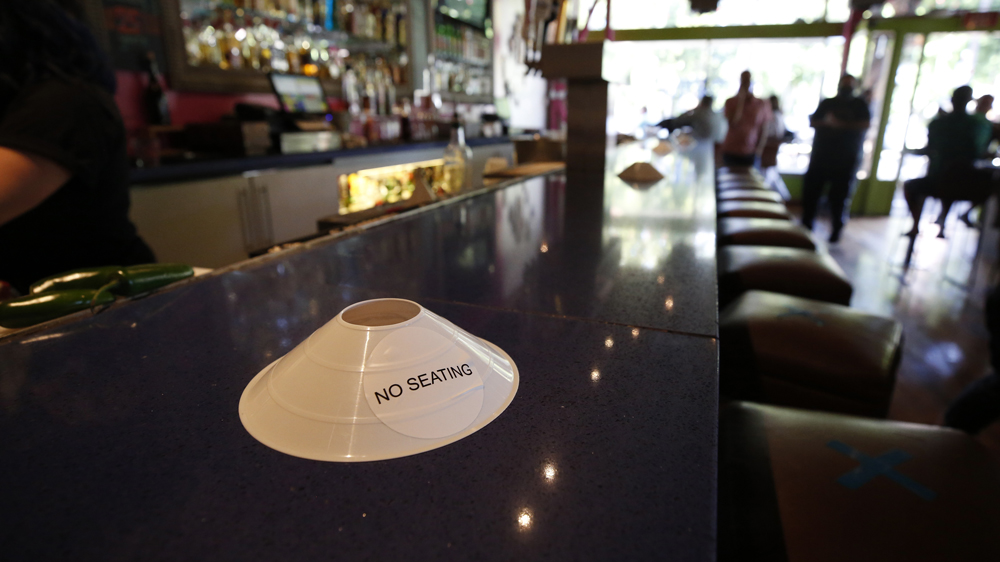 California has done an about-face on reopening its economy. Governor Newsom announced, effective today, all indoor dining must cease and all bars must close. Additionally, he closed indoor operations statewide for wineries, movie theaters, museums and breweries; and in a majority of counties gyms, churches, offices, malls, salons and barbershops must close as well. This comes on the heels of Newsom’s July 1 order to close indoor dining for 19 of California’s 58 counties.

Newsom announced the new measures this afternoon during his weekly Covid-19 update, citing the rise in infections (the current seven-day average is 8,211 compared to 7,876 a week ago) and hospitalizations (there has been a 28 percent increase over a two-week period). “It’s incredibly important to remind you that this virus is not going away anytime soon,” Newsom said. “I hope all of us recognize that if we were still connected to some notion that somehow when it gets warm, it’s going to go away or somehow it’s going to take summer months or weekends off, this virus has done neither.”

It was just over a month ago when restaurants were first able to reopen for dine-in service in the Golden State. But in certain locales, like Los Angeles County, that order was carried out poorly. Restaurants were told on a Friday they could reopen the next day if they followed a set of self-enforced guidelines. Unfortunately, those guidelines were not forthcoming from the county and the lack of prior notification from the county frustrated restaurateurs. “Personally, I think it’s all a disaster,” Josiah Citrin, chef-owner of Melisse told the LA Times in May. “It all went too fast; nothing’s been smartly done.” As a result, when county health officials checked back in on how restaurants were complying, a shocking number were falling short of implementing health guidelines.

Now, the reversal has aggravated financially strained restaurateurs. In the aftermath of the announcement, James Beard Award-winning restaurateur Caroline Styne of Lucques Group in LA explained the peril she and her peers now face. “Restaurants placing their first supply orders since March can’t turn the delivery trucks around. These re-closings are creating more debt for businesses that were just beginning to find their footing after accumulating four months of unpaid bills,” she said in a statement via the Independent Restaurant Coalition, a lobbying group spearhead by chef Tom Colicchio.

Newsom stopped short of closing restaurants outright saying the state is looking at the science of what causes transmission of the virus to guide its approach. “That’s the spirit of today’s presentation—looking at moving a lot of these activities that were happening inside, like restaurants, and moving those activities outside,” he said. “The impact of the spread of the virus outside, we believe, is more favorable than mixing with individuals for an extended period of time inside where you don’t have the air circulation.”

But losing the revenue stream of indoor service is costly, according to Styne. “Outdoor dining isn’t a long-term solution as not all independent restaurants have the ability or resources to seat customers outside.” Hence, the IRC is advocating for Congress to approve additional funding to help restaurants survive until the pandemic passes and businesses can resume normal operations.