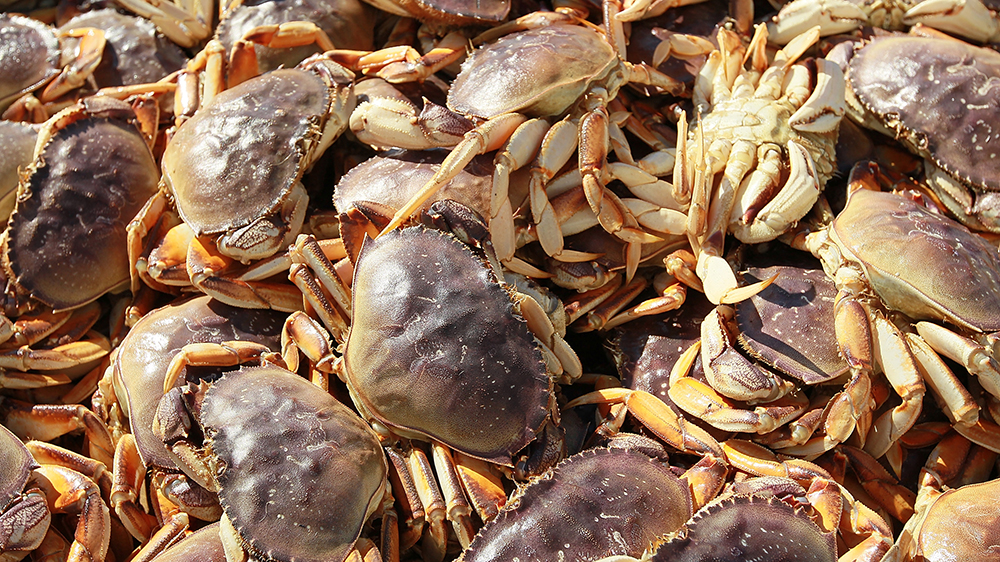 Dungeness crab has long been a holiday staple in the Bay Area. But not this year—at least not for Thanksgiving.

The California Department of Fish and Wildlife has pushed back the commercial fishing season for the crabs, the San Francisco Chronicle reported recently. Initially set to begin on November 15, the season will now be delayed until at least December 1. The move comes as an attempt to keep an increased number of whales in the area safe.

“Based on recent surveys, large aggregations of humpbacks whales continue to forage in California coastal waters, and allowing the use of crab traps would increase the risk of an entanglement,” Charlton Bonham, the director of the Department of Fish and Wildlife, told the Chronicle. “We will continue to work with both the recreational and commercial Dungeness crab fisheries to protect whales and sea turtles while striving to maximize fishing opportunity.”

In the fishing zone off the San Francisco Bay, as many as 128 humpback whales per day could be found in recent weeks. Similarly large numbers have also been recorded farther south and around Monterey Bay, according to the Chronicle. Scientists say that the whales began coming closer to the shore during a marine heat wave from 2014 to 2016, and they’ve remained in the area since.

Because of that, the same issue played out last year, with Dungeness crab season put on hold well into December. This year, the opening date will be reassessed on November 23, which means there’s still the possibility of crab being around for the winter holidays.

And it’s not all bad news for fishers: The sport fishing season will begin as planned later this week, on November 5. However, to protect the whales, only hoop nets and snares will be allowed, rather than crab traps. The latter method, typically used by commercial crabbers, has a line running from the surface of the ocean to the sea floor, which can entangle whales.

So it seems that until the whales migrate out of the area, San Franciscans will have to continue to wait for their Dungeness crab. It’s another hit to crustacean lovers after Alaska cancelled its king and snow crab seasons.