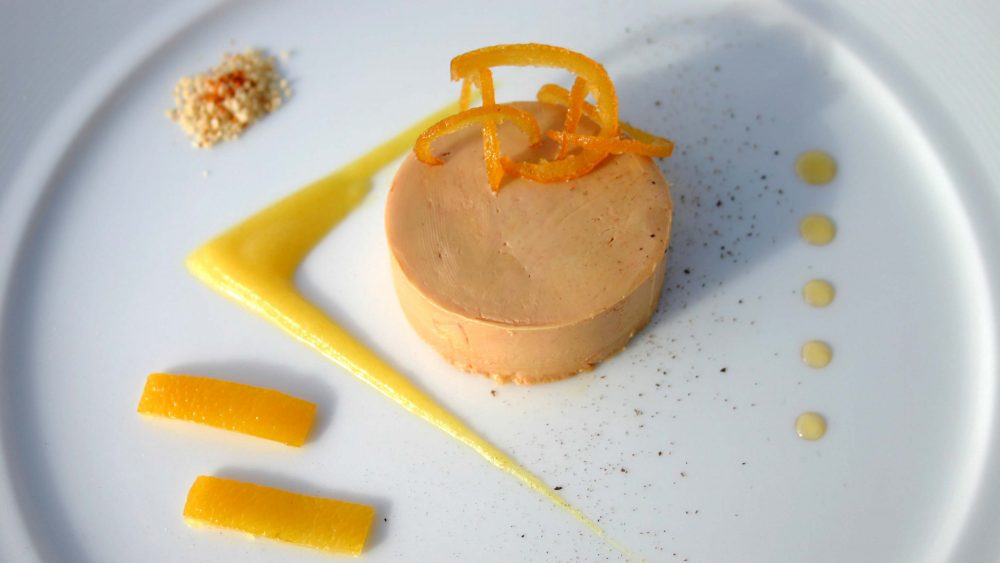 The fallout begins. Last week, the U.S. Supreme Court refused to take up the case to overturn California’s foie gras ban. The justices’ move ended years of legal wrangling in the Golden State, finally forcing restaurants to remove the fatty duck liver from their menus. The ruling is rippling around the world. And California’s ban is not sitting well with the French.

Farmers in France produce 70 percent of the world’s foie gras, Reuters reports. Having America’s most populous state, which represents 20 percent of foie gras sales in the country, no longer purchasing it will certainly put a dent in exports.

That’s not the only reason they’re mad though.

California instituted the ban because animal rights advocates successfully argued that the process of force-feeding ducks and geese to fatten them up before slaughter was cruel. That contention rankles the French. “Everyone can think what they like, but I know I’m proud of what I do,” one farmer told Reuters. “I really look after them because, like I said, that’s how I make a living. If I don’t look after them, I don’t have any money at the end of the month, I can’t pay my bills—so there’s nothing to be gained for me in mistreating the animals.”

It’s been a long road for the ban, which originally passed 15 years ago. After a seven-and-a-half-year phase in, it officially went into effect in 2012, to the chagrin of fine-dining establishments in the state that loved putting the pricey delicacy on their menus.

In 2015, a reprieve came when a district court judge ruled that the law wrongly superseded federal law. Liver was back. But two years later, a panel of judges on the Ninth Circuit Court of Appeals reinstated the ban. “Nothing in the federal law or its implementing regulations limits a state’s ability to regulate the types of poultry that may be sold for human consumption,” Circuit Judge Jacqueline Nguyen wrote in her opinion.

That didn’t mean liver was actually gone. Restaurants were still able to serve foie gras while the case wended its way through the legal system. But once the Supreme Court declined to hear the case, the ban became the law of the land. Now, famed dishes such as NoMad’s chicken for two with foie gras has dropped in price to $62 without the liver, while other dishes like Mei Lin’s mousse at Nightshade have disappeared entirely.

Meanwhile, in France, they’re looking to Asian markets to replace the sales lost stateside. “If we can’t sell it in the U.S., we will go elsewhere,” Fabien Chevalier, the managing director of France’s Lafitte Foie Gras told Reuters. “Today, Asian customers love our product. If we take the example of Japan, it’s a developed economy, Japan is the second-biggest consumer of foie gras in the world.”