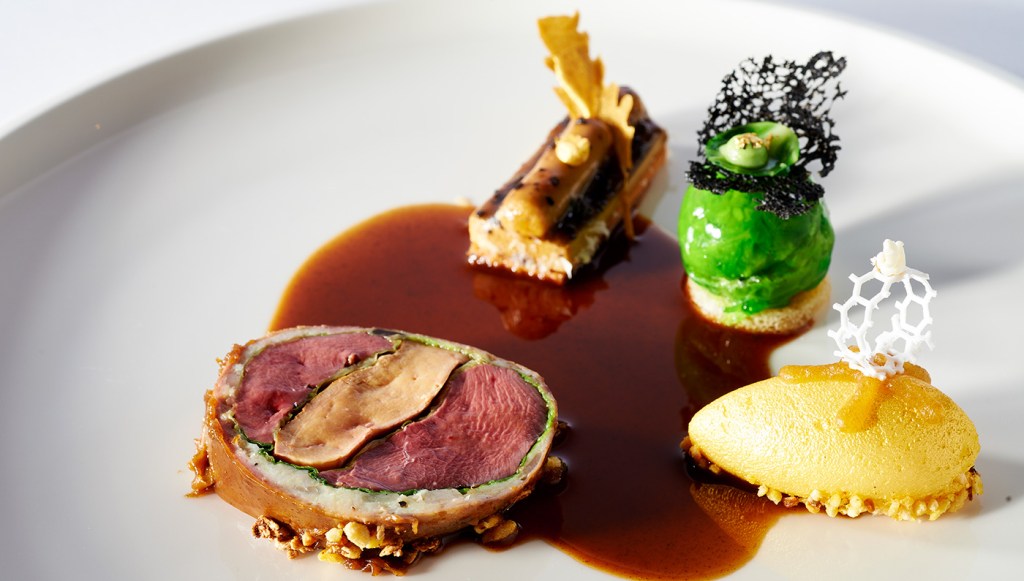 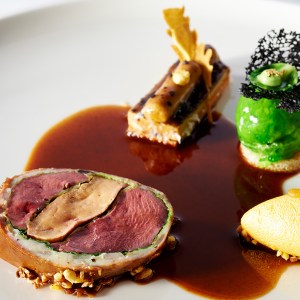 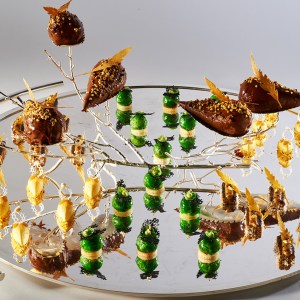 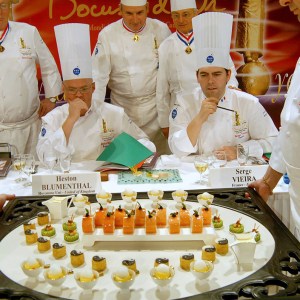 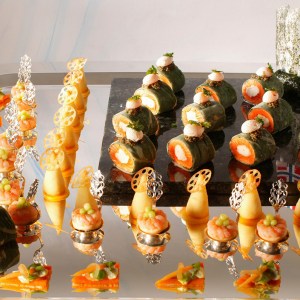 For the past 30 years, the Bocuse d’Or, named after legendary French chef Paul Bocuse, has represented the epitome of gastronomy. The Olympics of cooking, the intense two-day competition happens every two years in Lyon, France, pitting 24 of the world’s most promising up-and-coming chefs against each other. During the competition, one chef from each competing country is allowed one commis (assistant) and a coach. This year, Team USA consists of chef Mathew Peters, his commis Harrison Turone, and head coach Philip Tessier, who was America’s head chef in the 2015 competition.

American chefs have been entering the competition since it began in 1987 but never earned a medal until 2015 when Philip Tessier took home the silver (Norway took home the gold and Sweden the bronze). Now Tessier is back and ready to help guide Team USA to gold. “It’s a level of international respect,” chef Thomas Keller told Robb Report in a previous interview. “It’s important to bring awareness to what so many American chefs are working for. It’s important to our profession and to our country.”

Keller, a renowned chef and monarch of a culinary empire that includes Per Se and the French Laundry, has been helping the American team compete since 2008 through the Ment’or foundation (previously called the Bocuse d’Or USA Foundation until 2014) alongside chefs Daniel Boulud and Jérôme Bocuse—Paul Bocuse’s son. Ment’or creates a panel of 12 judges that selects Team USA from the National Selection Event, which chefs prepare three months for. Ment’or then helps fund and guide the selected chef and his two-person team while they train full time (five days a week, at least 12 hours a day, for nearly a year) in California.

Originally from Meadville, Pennsylvania, 32-year-old chef Mathew Peters is no stranger to California and is an alum of the French Laundry, Per Se, and Adour Alain Ducasse. His assistant, Turone, is a 21-year-old superstar from Ad Lib, the French Laundry’s temporary pop up in Napa, and Per Se. In honor of the competition’s 30th anniversary, the duo will have 5 hours and 35 minutes exactly to prepare a platter for 14 people that is inspired by the traditional Lyonnaise recipe Bresse chicken and shellfish. The 30th anniversary will also present a new challenge. Instead of the traditional fish platter, teams will have to create a dish that is composed exclusively of fruits, vegetables, cereals, seeds, or legumes.

This year’s competition begins tonight at 11pm PST and can be watched live. The award ceremony will take place Wednesday, January 25 at 9am PST. (bocusedor.com)