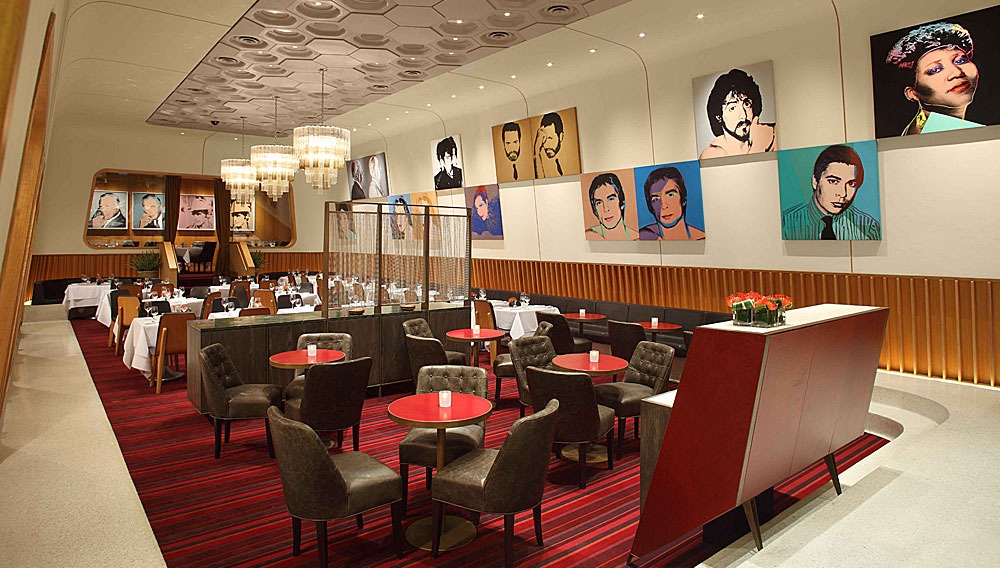 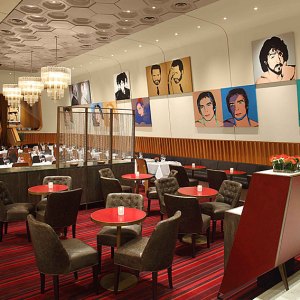 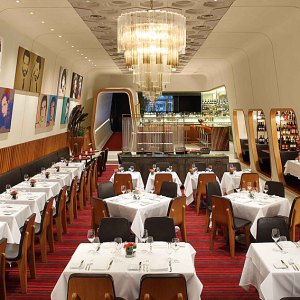 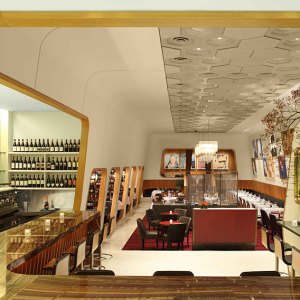 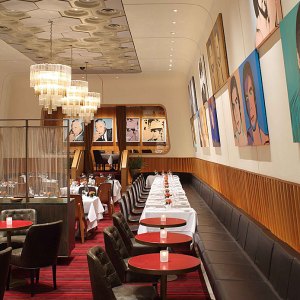 It’s a risky proposition, taking over and remodeling a popular restaurant and city landmark. In the case of Gherardo Guarducci and Dimitri Pauli, the duo behind Manhattan’s popular Sant Ambroeus cafés, the risk paid off when they turned the Lever House’s eponymous eatery into Casa Lever. What was once a sleek, but sterile, pod-like capsule, is now, thanks to designer William Georgis, a swank intimate dining lounge. The booths are separated by open wine-filled shelves, which creates a simultaneously cozier and roomier effect. And, the walls are lined with 19 Andy Warhol portraits of famous faces such as Giorgio Armani, Aretha Franklin, Gianni Versace, and Helene Rochas. The menu is refreshingly light and includes dishes like ahi tuna tartare with crisped capers and soft-boiled quail egg, a perfectly-dressed raw artichoke salad, and a well-balanced plate of seared scallops with white asparagus and black truffle. For those who want a more hearty experience, there are several tempting risotto options as well as spaghetti a la vongole and veal Milanese. (212.888.2700, www.casalever.com)

The 10 Rules for Cooking Perfect Pasta, According to Acclaimed Chef Missy Robbins