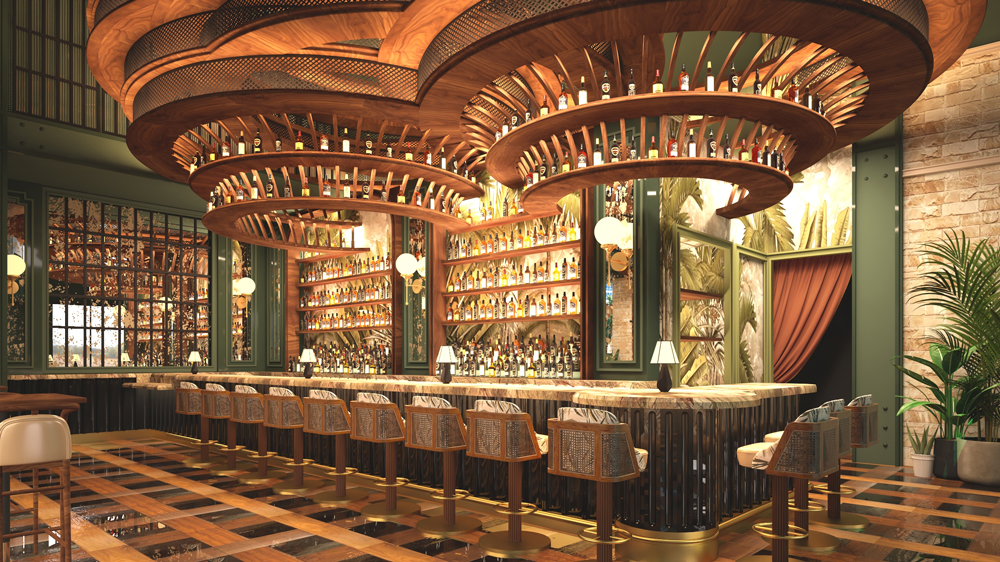 Catch, the sceney seafood restaurant that attracts boldface names on both coasts, will open an enormous two-level Miami outpost in 2023. And it’s no surprise that Catch Hospitality Group partners Tilman J. Fertitta, Mark Birnbaum and Eugene Remm have chosen a prime piece of real estate in one of the city’s most high-end neighborhoods.

The 23,000-square-foot Catch Miami Beach will be in a standalone building at 200 South Pointe Drive, steps from the Continuum condo towers where high-rise apartments can fetch more than $3,000 per square foot. This, of course, is in South Beach’s buzzing South of Fifth area, where the red-hot dining options already include Joe’s Stone Crab, Prime 112, Carbone and Stubborn Seed.

“Miami’s vibrant dining scene is a natural fit for the Catch brand,” says Fertitta, who’s looking forward to eating Catch crowd-pleasers like truffle sashimi and A5 Miyazaki Wagyu cooked tableside on a hot stone in a conservatory-inspired South Beach space. “This will be the Catch everyone knows and loves in an exotic, tropical environment only Miami Beach can offer. With great weather year-round, we knew we had to bring the outside in. The retractable rooftop will make it possible for guests to enjoy the best dining experience possible with the best views and climate.”

The Rockwell Group is designing a space that should feel over-the-top even if you’re a regular at Catch in New York or LA.

“I think the design is definitely going to have a different feel and a bit more of a luxurious feel being that it is South of Fifth, being that it is Miami,” Remm says. “I think it speaks to the environment. South of Fifth is just an incredibly luxurious location. This is going to have its own aesthetic. And together with Rockwell, we’re really focusing on making sure it doesn’t look like we just took Catch and moved it to Miami.”

“The fact that a lot of New York and a lot of Los Angeles is in Miami makes it an absolute no-brainer,” Remm says of Catch Miami Beach, which is slated to open next fall. “It makes me and our team feel very comfortable that we know the customer. And the space being 11,500 square feet on the ground with the same amount on top screams Catch before we even get started.”

Catch is known to attract an A-list crowd, but it’s also a restaurant for the masses, where big tables are blanketed with sushi rolls (like the hellfire roll with spicy tuna two ways), simply grilled fish, USDA Prime porterhouses and lobster mac-and-cheese before guests smash the TikTok-friendly “Hit Me” chocolate cake. Catch Miami Beach will be the seventh location of the brand (which includes Catch and Catch Steak), and Remm and his partners are actively looking to open additional locations.

And given the partnership with Fertitta, whose Landry’s restaurant group is based in Houston, Texas might also be on the horizon. Remm also mentions Chicago and Arizona as possible targets. The goal is steady growth, with an eye on opening one or two restaurants a year in markets that have room for both Catch and Catch Steak.

“We want markets with footprints that can hold 12,000- to 15,000-square-foot restaurants that do significant business that competes with and is on the same level of a Catch,” Remm says. “We are never first to market. We want to understand that a market can handle the likes of a Catch. We would never go to a market where the other comps are $8 million to $10 million restaurants. We like to make sure that the city can handle something our size. We also don’t want to do blitz growth where we just open a bunch of restaurants. We think that takes away from the integrity of the other locations and would honestly dilute the product.”

It’s a very focused strategy when other major hospitality players are diving into private clubs, NFTs and other new revenue streams. Remm and Birnbaum made their names in New York nightlife, running hot spots like Tenjune before opening their first Catch in 2011. They’ve seen a lot of things and worked a lot of angles, including a franchise deal for a much smaller outpost of Catch at a Miami Beach hotel that was later sold and rebranded. They now realize that their wheelhouse is creating and operating huge restaurants with Fertitta. So this is an ideal time for them to make a serious bet on Miami.

“We’ve been in Miami every single year, throwing events since the Shore Club in 2007,” Remm says. “It used to be very seasonal. But I think that’s completely changed. And with the development of all these areas, whether it’s Brickell or Wynwood or Bal Harbour, it’s become a real city.”