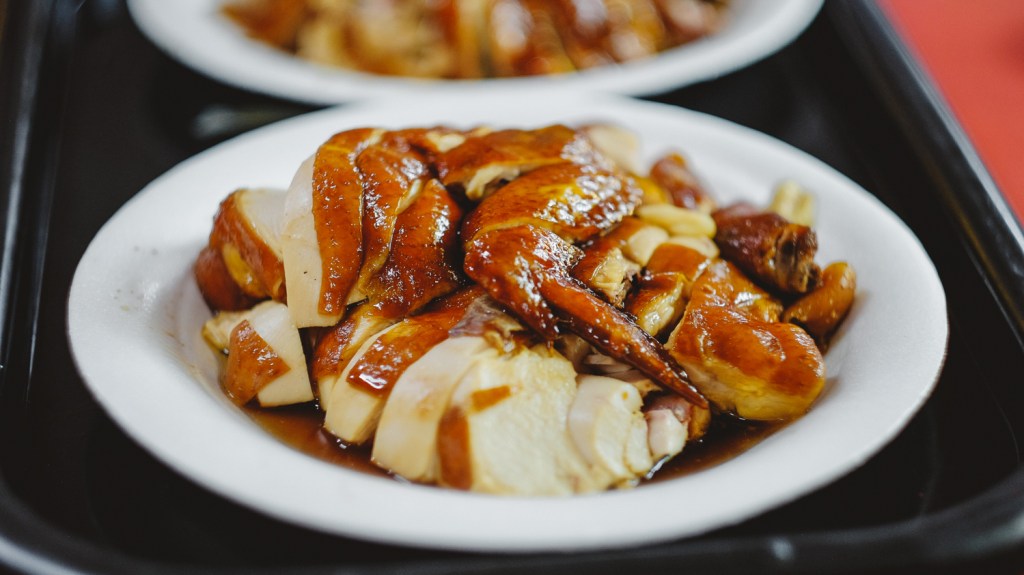 He originally thought it was all a joke. When chef Chan Hon Meng’s humble food cart, Liao Fan Hong Kong Soya Sauce Chicken Rice and Noodle, won a Michelin star in the inaugural Singapore guide in 2016, he couldn’t believe Michelin would even visit his stall in the first place.

But the tire-company-owned food guide did visit the open-air market—referred to as a hawker center—and they liked what they ate so much that they bestowed the honor upon the 54-square-foot food stall. It was the first time Michelin ever extended the award to a street vendor.

Since that day last July, though his business has increased and he’s expanded to a space that actually includes seating, he has still maintained his low price of roughly $1.50 for his signature braised chicken—even with people waiting two to three hours in line just to taste one of the 230 chickens he makes in a day.

The original inspiration for soya sauce chicken came to him through a Hong Kong chef a few decades ago, and ever since then he sought to perfect the preparation. In 2009, the Malaysian-born chef opened his first food stall in Singapore to serve the dish. He starts each morning at 7 AM, preparing the braising liquid that includes ginger, garlic, and a secret blend of spices.

With the enormous boost in popularity, he plans to expand the business further, with seven more outlets in Singapore, Thailand, and Taiwan. And with this boost in notoriety for his food, he’s using his new platform to advocate for other hawkers selling inexpensive, yet very delicious food, cooked from scratch in stalls like his.

Upon earning the Michelin accolade, he said, “The fact I have this star shows that simple food like ours is worthy of a global award too.”