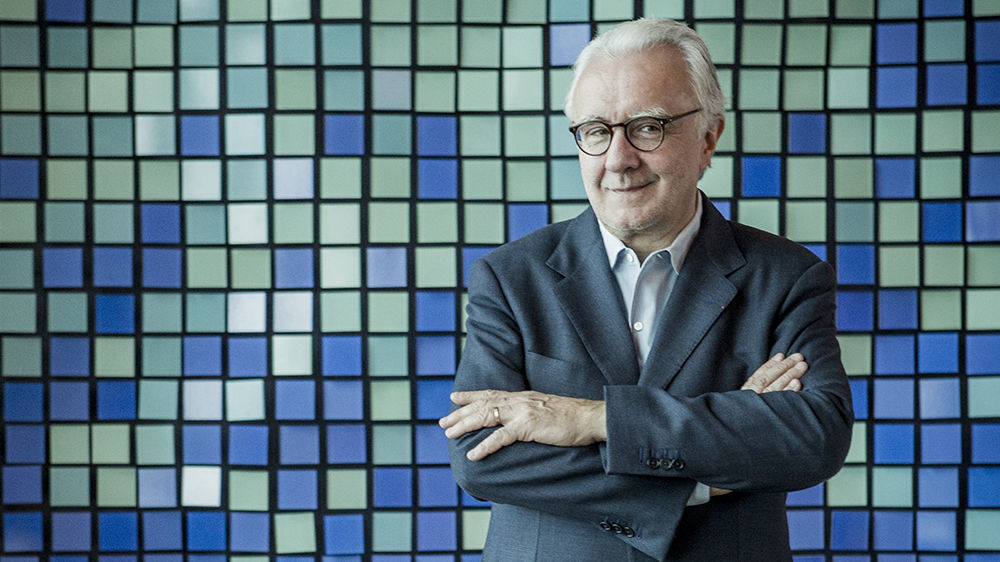 After amassing 30-plus restaurants, 14 chocolate shops and 21 Michelin stars, legendary French chef Alain Ducasse could be forgiven for resting on his laurels. But the 63-year-old shows no signs of slowing down as he readies two new restaurants in Japan—a country where the Frenchman continues his culinary enlightenment.

When I recently sat down with Ducasse at his bistro Benoit in midtown Manhattan, I was expecting to come up against a stiff sixty-something set in his ways. And perhaps someone focused solely on French cuisine. I was wrong. In fact, the Michelin-star chef spoke at great lengths about the influence Japanese cuisine has had—and continues to have—on his craft and fine dining at large.

Since 1990, Ducasse has visited Japan 180 times and his face lights up at the mere mention. He has poured the knowledge gleaned from his travels back into his dishes. Ducasse says he has been inspired by the cooking style of shojin ryori “which revolves around respecting vegetables and encourages a vegan lifestyle,” and works to incorporate traditional ingredients within all of his Japanese menus.

That’s not lip service, either. When I ask if he enjoys the infamous nattō (fermented soybeans)—which smells like old socks and is a divisive dish, to say the least—he exclaims “oishi!” which means ‘delicious’ in Japanese. He adds if you can get your head around nattō and ayu (bitter fish)—you are “able to understand Japanese cooking.”

Unafraid to embrace the new, Ducasse is constantly pushing himself and experimenting. On the menu at his Tokyo hotspot Beige are dishes like ezoshika (Hokkaido deer) in the fireplace with duck foie gras, celeriac, apple and fig—which demonstrate the chef appreciates the two cultures and can pair them together, harmoniously.

Ducasse believes this cross-country connection is deep-rooted. “Both France and Japan share the same respect for tradition and produce. Even if it’s very different in terms of style, both cultures place a great deal of importance on gastronomy and the art of cooking,” Ducasse says, proudly. Perhaps not coincidentally, Japan and France are the only two nations to have their national cuisines designated heritage status by UNESCO.

Of course, this is not a new phenomenon. It’s the continuation of a long and fruitful tradition that started with Paul Bocuse in 1960s France. The creator of nouvelle cuisine—along with his contemporaries André Gayot, Christian Millau, and Henri Gault—began to steer French cooking toward lighter sauces, shorter cooking times, more artful plating and unadulterated ingredients—or late critic and writer Josh Ozersky called “tweezer food.”

Many of the hallmarks of nouvelle cuisine paralleled the traditional Japanese form of dining kaiseki and started popping up just as French chefs began traveling to Japan and Japanese chefs began working in France.

Since the ‘60s, fine dining has become more and more akin to kaiseki. Top-tier chefs are placing a great deal of thought into the meal’s meaning; honing in on specific ingredients and using whatever techniques necessary to make them sing. This approach goes hand in hand with sustainable cooking—considering the origin of each ingredient and how it was sourced—which Ducasse is extremely passionate about. “The guest has the right to know what they’re eating; where it’s from, who grew it and how they grew it,” Ducasse says.

This month, Ducasse will unveil a brand new restaurant within the high-end Palace Hotel in Tokyo. Es terre—which means ‘the planet’ in French—will be the chef’s third outpost in Japan’s capital and will be focused on re-establishing our connection to nature by highlighting ethically sourced ingredients and local fare. Next year, he will open another venue in Kyoto.

Ducasse says it can be challenging to achieve the right balance between haute cuisine and kaiseki, which he describes as “French DNA with a Japanese touch.” Though given his decades of experience, his painstakingly meticulous nature and willingness to embrace the unknown—I imagine it’s a hurdle he will clear every time.