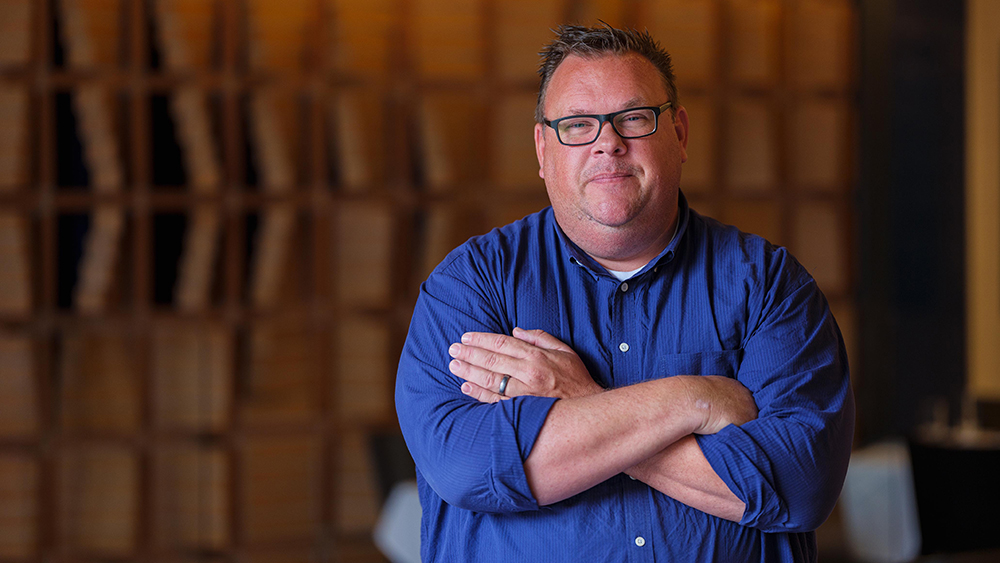 In Houston, Chris Shepherd is synonymous with Underbelly. What started as a groundbreaking restaurant in 2012 has since grown into multiple concepts under the Underbelly Hospitality banner, garnering Shepherd numerous accolades along the way. Now, he’s announced he’s leaving it all behind.

“We’ve done a lot in 10 years,” Shepherd said in his remarks. “It’s time for me to focus on smaller projects and dedicate more time to Southern Smoke,” which is Shepherd’s foundation and annual festival.

“Chris is an incredible talent. We are grateful for his immense contributions to both Underbelly and the industry as a whole,” said Todd Mason, Managing Partner, MLB Capital Partners.

In Houston, local outlets called the announcement a “restaurant shocker” and “shocking chef news,” and Houstonia Magazine wrote, “In the Houston food scene, this is the equivalent of the resignation of Pope Benedict XVI—just with less flashy regalia.”

Shepherd, a James Beard Award-winner, has been a leader in the Houston culinary community for a decade. He’s long exhibited an adventurous streak in his cooking and his restaurant development. At Underbelly he combined whole-animal butchery with inspiration he found in Houston’s diverse food scene to create an ever-changing menu in the city’s hip Montrose neighborhood. Down the street, he also launched the wildly ambitious One Fifth, where he planned to create five distinct restaurant concepts in one space over the course of five years.

The first iteration, One Fifth Steak—where he gave Houstonians his unique take on the ubiquitous Texas steakhouse—was such a hit, it led to its own standalone restaurant. Around that time in 2018, he joined forces with MLB Capital Partners ahead of revamping the original Underbelly location to make way for the steakhouse Georgia James. When that restaurant opened, it promptly became one of the best steakhouses in the country.

Underbelly Hospitality has ventured outside of Montrose to open restaurants around the nation’s fourth-largest city the last few years. That included Georgia James Tavern on the ground floor of downtown condo building. Another foray was opening Wild Oats, a restaurant devoted to Texas cuisine, which has been led by Shepherd’s longtime lieutenant, chef Nick Fine. That restaurant—along with a fast casual burger joint—opened inside the Houston Farmers Market, which MLB has spearheaded the redevelopment of.

The most recent Underbelly opening was a new location for Georgia James steakhouse after it left its original Montrose home. However, on the surface the latest iteration of the restaurant looks like a far cry from previous Underbelly establishments. Instead of a rustic charm, the dining room has more the vibe of an all-day restaurant at a mid-tier hotel.

Shepherd leaves Underbelly before his red sauce Italian restaurant Pastore—another concept honed at One Fifth—could come to fruition. But a representative for MLB told Robb Report that Shepherd’s departure wouldn’t necessarily mean Underbelly would stand pat. The representative said that in the future there were “opportunities for expansion but no definite plans.”

When asked if anyone had been appointed to take the helm of Underbelly in the interim or permanently, MLB’s Mason told Robb Report, “We have never operated with one person making decisions or at the helm. This has always and will continue to be a very collaborative leadership.”

Southern Smoke couldn’t throw its festival in the middle of the pandemic, but it still raised and distributed millions of dollars.  Southern Smoke

As for his next move, Shepherd tells Robb Report he isn’t working on any new restaurants currently, as he wants to take some time and get ready for the return of Southern Smoke Festival in October after a Covid-induced hiatus. More than 60 of the country’s best chefs and pitmasters will gather in Houston to raise money for the Southern Smoke Foundation, which Shepherd created years before his partnership with MLB, thus he will retain control of it.

The Foundation started as a Multiple Sclerosis Society benefit and has since turned into an aid organization for restaurant workers in need, by giving direct cash grants to cover anything from rent to medical bills. The organization’s work ramped up greatly the last two years, becoming a vital resource for food and beverage workers affected by the pandemic.

Any Houstonians worried Shepherd would depart the city after exiting his restaurants shouldn’t be concerned. The Tulsa-raised chef reiterated he’s set down roots in Texas. “This is my home, and I’m not going anywhere,” Shepherd said. “I’m excited to see what the future holds for all of us.”