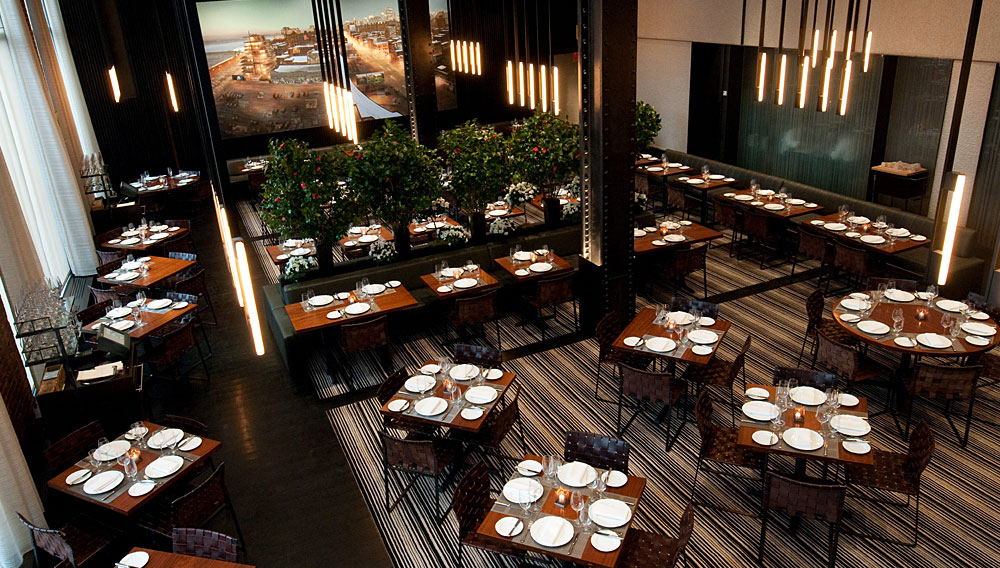 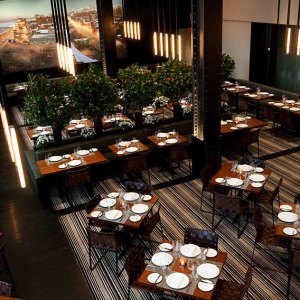 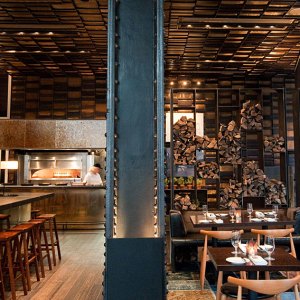 Critics and assorted culinary pundits cite chef Tom Colicchio’s Craft as a restaurant that altered the way we ate when it opened in 2001. It marked a shift away from heavy sauces and high-concept plates. Rebelliously, Colicchio opted to embrace simplicity and showcase the ingredients themselves.

Now, nine years later, he is once again changing course by getting back in the kitchen and offering dishes that highlight combinations of flavors, instead of celebrating the intensity of a single item. Colicchio & Sons, his most personal eatery to date, finds him front and center, on the open kitchen’s line, working side by side with his cooks for all his diners to see. It’s a distinctly urban space, the design of which references the city’s newly restored High Line, which lies a block west of the dining room’s 10th Avenue location in Manhattan’s Meatpacking District. Colicchio’s smart, comforting creations and his physical presence lend palpable warmth to the rather large space: It’s simultaneously (and surprisingly) rough-hewn, industrial, capacious, cozy, and intimate.

The hard part is deciding what to order, because everything on the menu tempts. A few shoo-ins: the calamari with black kale and squid-ink risotto; roasted sweetbreads with honey onions and bacon-sherry vinegar; or the lamb loin with merguez sausage and lentils. Don’t skip dessert. Colicchio brought pastry chef Stephen Collucci over from Craft, and his cinnamon raisin pain perdu is unforgettable. (212.400.6699, www.colicchioandsons.com)