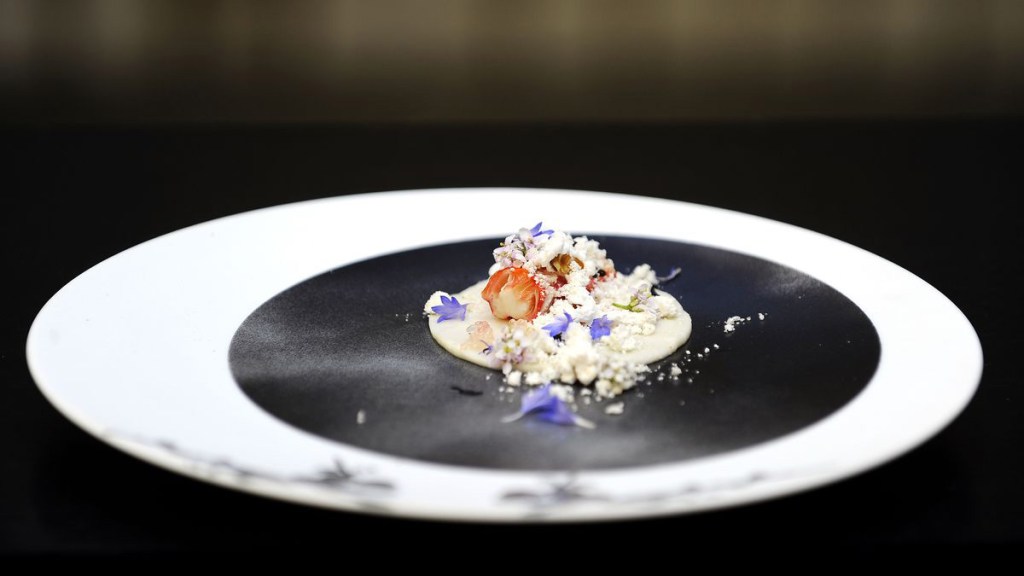 In the burgeoning Los Angeles food scene, the most exciting restaurants are opening primarily downtown or in the hipster enclaves of Silverlake and Venice. Where they’re not opening is up the block from the Cheesecake Factory in the beach town of Santa Monica.

Dave Beran begs to differ. The award-winning chef has come to LA from Chicago and next month will open his ambitious and intimate tasting menu restaurant, Dialogue, in the middle of the Third Street Promenade, an open-air mall that runs the length of a few city blocks.

Beran was the executive chef for the first five years of Grant Achatz’s sequel to Alinea, Next. The restaurant reinvented itself every few months, creating a whole new menu around themes like “Paris 1906,” “Chicago Steak,” and “el Bulli” (a 30-course tribute to Ferran Adria’s legendary and wildly influential restaurant in Spain). Under Beran’s leadership, Next won rave reviews from the press and a James Beard Award for Best New Restaurant in America.

But, he felt the need to go out on his own. “I realized it was time to think bigger, to want to push myself more,” Beran told the Chicago Tribune last year about his decision to head west. “For the last two years, I’d say since our ‘Steakhouse’ menu, I’ve been jotting down ideas of what I wanted and what kind of place I wanted. I started writing down the story about what I want to do, and how I want to feel, and what’s going to make me feel good about walking in every day.”

When Beran first arrived in LA, he worked with Wolfgang Puck to launch The Rogue Experience, an eight-seat restaurant inside Puck’s test kitchen where new chefs visited every week, revamping the menu each time.

At Dialogue, the 18-seat restaurant will open with a 22-course menu, according to Eater LA, with the price ranging between $175 and $205 and wine pairing for $125 to $175. The cuisine will be a mix of the experimental and simple, with a focus on the amazing produce of Southern California.