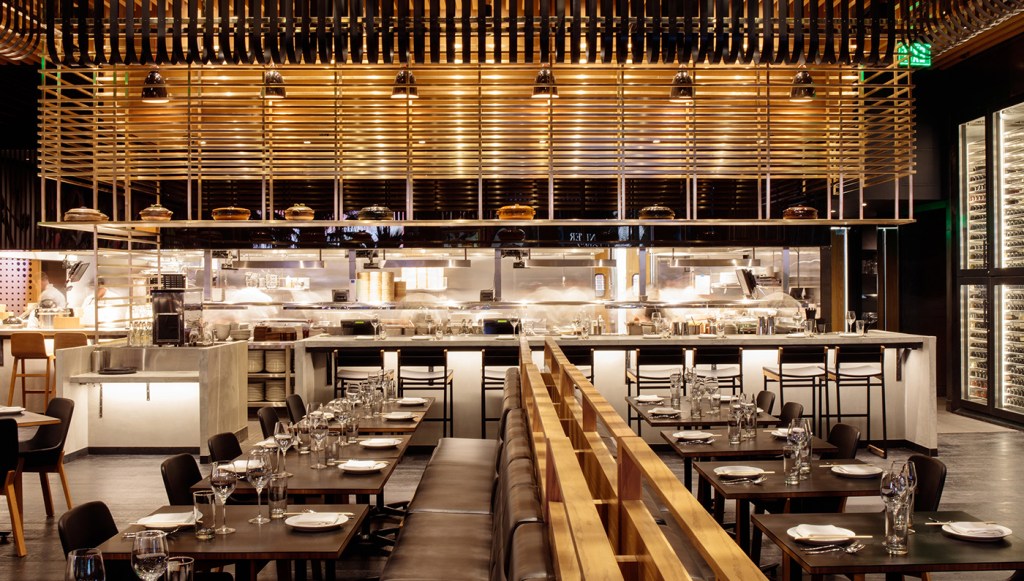 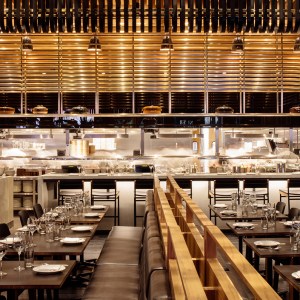 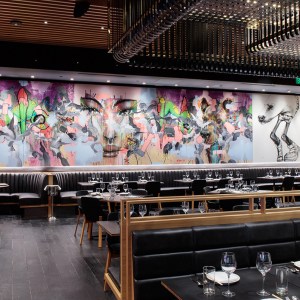 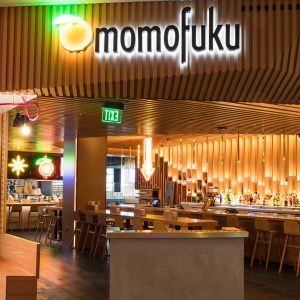 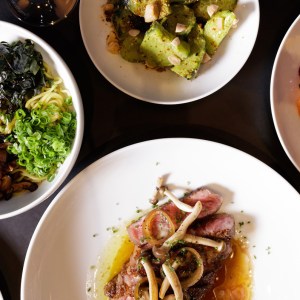 At 39, David Chang has already accomplished what many chefs can only dream of. Born and raised in Virginia by Korean immigrants, the ambitious epicure attended the French Culinary Institute and worked in high-end dining establishments like Café Boulud before branching out to start a roster of restaurants credited with igniting America’s ramen craze. On January 10, Chang expanded his culinary empire with Momofuku Las Vegas, a casino restaurant located in the Cosmopolitan of Las Vegas. (Momofuku, which is Japanese for “lucky peach,” is also a subtle nod to Momofuku Ando, who invented instant ramen.) The dining concept is Chang’s first foray into the West Coast.

From start to finish, Momofuku Las Vegas offers an elevated dining experience that strikes the perfect balance between sophisticated cuisine and understated charm. Guests pass a series of neon signs near the bar on their way to the main dining room, which uses glass, concrete, white oak, and raw oiled steel to create a modern motif. A whimsical, colorful mural by artist David Choe graces one wall, and a raised private dining room overlooks the Las Vegas strip. Located on the second level of the Boulevard Tower, the restaurant is currently open for nightly dinner service. Plans for a lunch menu are in the works. For Chang—who had previously opened restaurants in Washington, D.C., New York City, Sydney, and Toronto—Las Vegas was a natural next step. “I love to eat in Las Vegas, and I stay at the Cosmopolitan every time I’m in town,” he says.

Working alongside executive chef Michael Chen, Chang created an eclectic menu influenced by flavors from Korea, Japan, and the United States. Drawing inspiration from his Asian heritage as well as his American upbringing, Chang will serve tried-and-true favorites like steamed buns and noodles as well as playful takes on braised short ribs, fried chicken and caviar, and other classic dishes. The ramen portion of the menu is reminiscent of Chang’s inaugural restaurant, Momofuku Noodle Bar, which he opened in New York’s East Village in 2004. Instantly beloved by gastronomes near and far, Chang’s hip new eatery thrust ramen into the national spotlight and made him a name to watch in the culinary community.

“I didn’t know what I wanted to do,” Chang says when asked whether cooking was always in the cards for him. After graduating from college with a degree in religious studies, he tried his hand at teaching English and working in finance. “Finance—sitting at a desk doing something I didn’t care about—drove me crazy. I basically had a midlife crisis at the age of 22.” Then he had an epiphany. “I could imagine that learning to cook and striving to get better at it would be rewarding.”

Cooking certainly has been a rewarding endeavor for Chang. He has won five James Beard Awards, and Momofuku Ko—his tiny New York staple which offers both five- and six-course tasting menus—has been awarded two Michelin stars. But perhaps the greatest reward belongs to diners, who can now enjoy Chang’s labor of love every night of the week in Las Vegas. (momofuku.com)