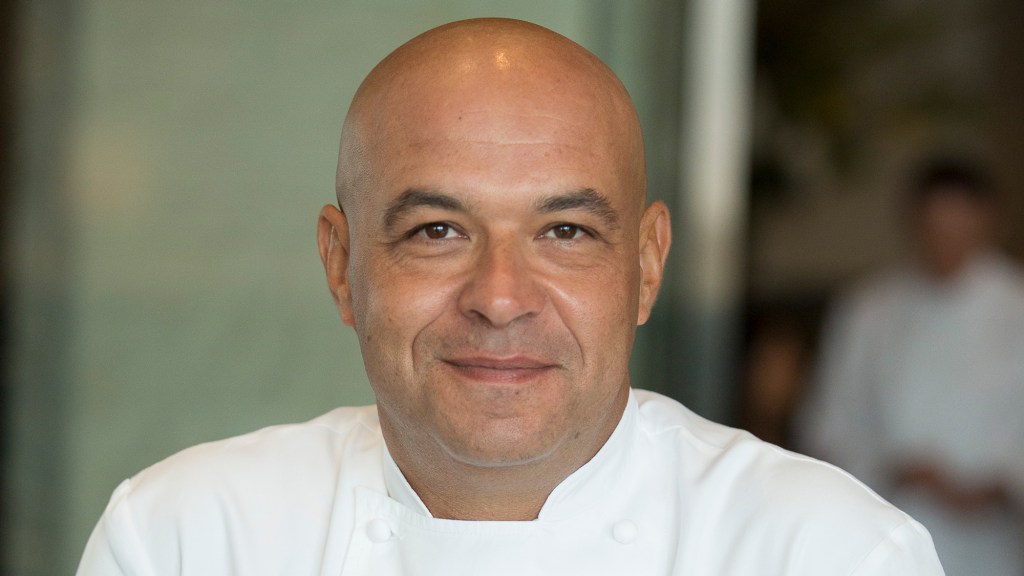 Earlier this year, celebrated chefs Thomas Keller, Daniel Boulud, and Jérôme Bocuse helped lead the U.S. team to its first-ever victory in the prestigious cooking competition Bocuse d’Or. On October 23, they’ll reunite along with rising stars in the culinary world to host 3 days of amazing food and golf at Robb Report’s Culinary Masters at Montage Laguna Beach in Southern California. As the event approaches, we want to introduce you to the chefs who will make this one of the premier dining getaways on the calendar this year. For this entry, we profile chef Jérôme Bocuse, son of famed French chef Paul Bocuse.

Imagine being Michael Jordan’s kid and having to follow in the footsteps of the greatest. Jérôme Bocuse doesn’t have to imagine; he grew up the son of one of the world’s greatest chefs, Paul Bocuse, and decided to go into the family business. But unlike Marcus Jordan, who eventually left basketball behind, Jérôme has grown into the heir apparent of his father’s prodigious empire.

After growing up in Lyon, Bocuse earned a degree from the prestigious Culinary Institute of America and then solidified his business acumen with an MBA from the Florida International School of Hospitality Management. Eventually he took over Les Chefs de France and Monsieur Paul restaurants at Walt Disney World in Orlando, Florida, which were originally owned and operated by Paul Bocuse, Gaston Lenôtre, and Roger Vergé.

Bocuse has helped with another facet of the family business: planning the elite international culinary competition his father founded, Bocuse d’Or. But in 2008, his involvement took on an added dimension. His father asked Daniel Boulud to help field a better U.S. team to compete in the world finals. Despite being a land of culinary riches, America couldn’t find its way onto the podium at the culinary Olympics.

Boulud called on Bocuse and Thomas Keller to create an infrastructure to select and train a winning team. Together they formed Ment’or (originally called Bocuse d’Or USA Foundation). Eventually, their hard work paid off, with team USA winning silver in 2015 and then bringing home the gold in 2017.

Last November saw Bocuse take yet another new role within the competition. He was named president of Bocuse d’Or. “My goal is to preserve the DNA and the soul of the contest that was inspired by Paul Bocuse,” he said when appointed. “I intend to continue the work undertaken by my father and preserve the values he has promoted since the beginning, while also continuously seeking for new evolutions.”