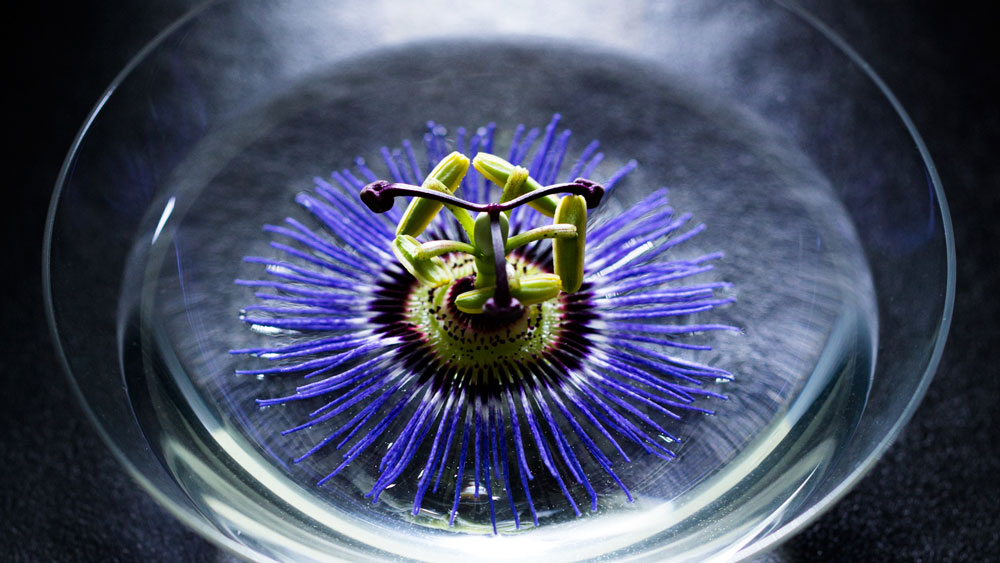 Last year, chef Jordan Kahn opened his 16-seat breakfast and lunch restaurant, Destroyer—and it became an Instagram hit. People flocked to his Los Angeles spot—not just to eat inventive dishes like chicken confit with Yukon gold potato, aged cheese, yuzu, and hazelnut, but to also snap pictures of his beautiful plates. Yet photos of food from his new restaurant have been much harder to come by—until now.

At his avant garde dining experience Vespertine, Kahn asks patrons to put their phones away in order to immerse themselves in the dining experience that borders on performance art. However, for those who haven’t been able to get a seat, the restaurant has shared images of food served on the multicourse tasting menu, and they really defy description.

Before you check out the pictures below, it helps to have a little context about how Kahn is going for a menu unlike any other.

The 34-year-old chef cut his teeth in some of America’s best kitchens, including Thomas Keller’s Per Se and Grant Achatz’s Alinea. He gained acclaim around L.A. with the experimental, Vietnamese-influenced restaurant Red Medicine in Beverly Hills until it shuttered in 2014.

While Kahn has always been wildly inventive, he’s taking it to a completely new level with Vespertine. Prior to the restaurant’s launch, it sent out a press release that described it as such:

Vespertine, from Chef/Creator Jordan Kahn and located in the Hayden Tract district of Culver City, CA, is a gastronomical experiment seeking to disrupt the course of the modern restaurant. It is a place of cognitive dissonance that defies categorization, exploring a dimension of cuisine that is neither rooted in tradition nor culture—it is from a time that is yet to be, and a place that does not exist. It is a spirit that exists between worlds. A place of shadows and whispers.

It goes beyond the food, though. Kahn has committed to having a more immersive sensory experience. For instance, when patrons enter, they’ll hear an original soundtrack composed for the restaurant by Austin band This Will Destroy You. And even the building that houses the restaurant has a backstory. Kahn told told GQ that it “is a machine artifact from an extraterrestrial planet that was left here like a billion years ago by a species that were moon worshippers.” Well, then, there you have it.

For those interested in taking a ride on Kahn’s celestial tasting menu to try the dishes below, tickets are available on Tock for $250 per diner.