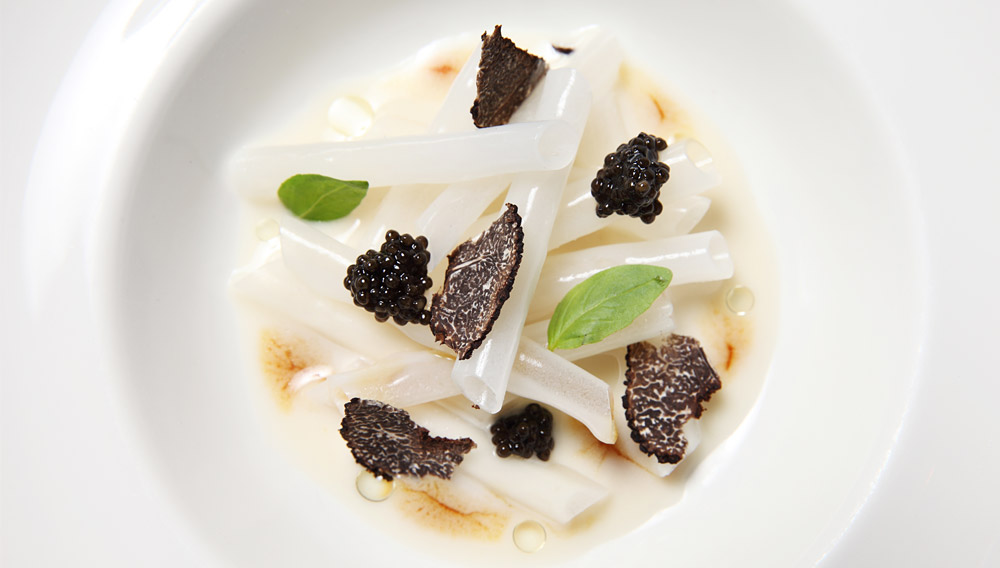 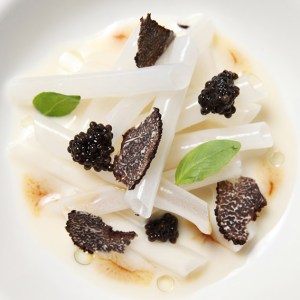 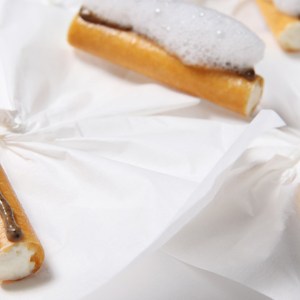 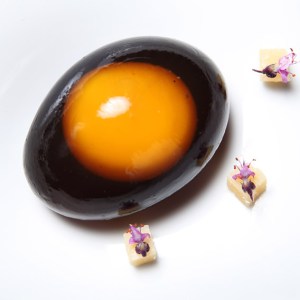 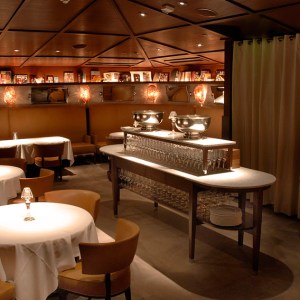 Chef José Andrés is celebrating black-truffle season with an 18-course menu at Saam, his 30-plus-seat tasting room inside the Bazaar restaurant at the SLS Hotel in Beverly Hills, Calif. The menu—created by Andrés and his culinary team, which includes Holly Jivin, Bazaar’s new chef de cuisine—features truffles in every course, starting with a cocktail called the Oaxaca Snowball, a frozen concoction of mezcal, St. Germain, chocolate bitters, and truffle salt.

“Truffles are strong and overpowering,” says Jivin, a native of Savannah, Ga., who was promoted from sous chef last December. To tame the truffle, she and the culinary team created many of the dishes as small bites. “Even though there are 18 courses,” she says, “it is a quick menu. Nothing is heavy.”

One of her favorites is the truffle-honey waffle. She calls the dish decadent yet light, because the waffle batter is aerated with an ISI gun, which she also uses to make whipped cream. Other standout courses include a black-trumpet-mushroom cracker made with truffle salt, and a ceviche made with sea urchin, truffle, squid ink, and, surprisingly, coconut—an ingredient Jivin says pairs well with truffles.