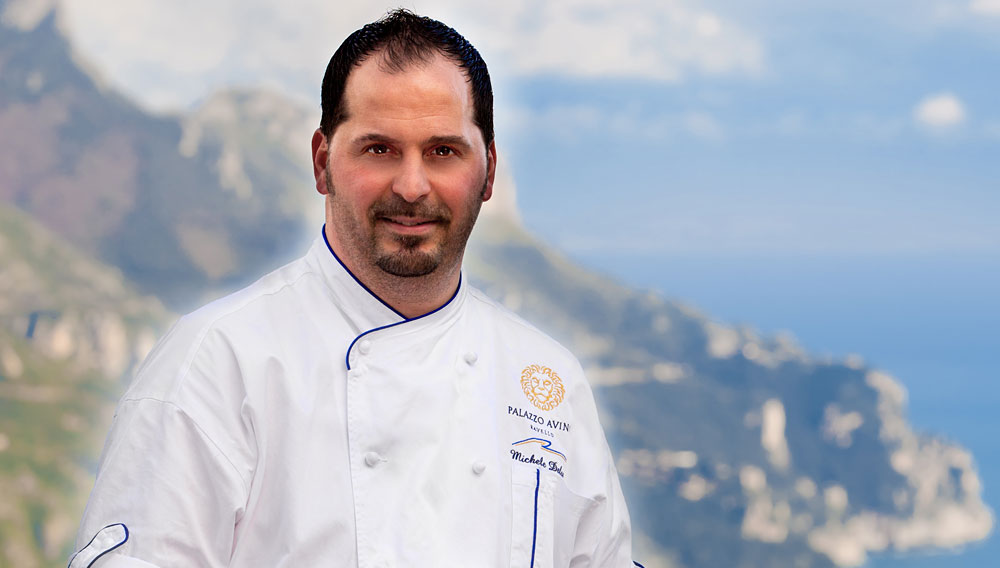 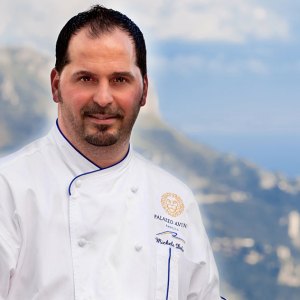 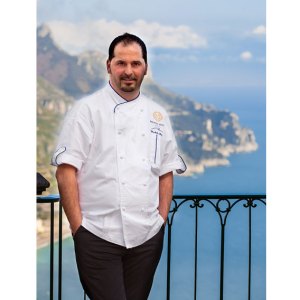 Aside from its sweeping views over the Amalfi coast, Palazzo Avino—the medieval-palace-turned-luxury-resort that was formerly known as Palazzo Sasso—is best remembered for its restaurant, Rossellini’s. Now, in tandem with its recent name change, the hilltop resort has enlisted the Italian chef Michele Deleo to run its prized Michelin two-star eatery.

Deleo—who has worked at Le Crillon des Gourmets and the Astrance in Paris, Le Gavroche in London, and more, and earned Michelin stars at two other restaurants earlier in his career—has completely revamped the menu at Rossellini’s to highlight his twist on Campania-style cooking. Decadent stuffed pastas, like tortello packed with leeks and cheek sausage served on top of creamed peas, lobster, molten egg yolk, and mint-scented oil, accompany Deleo’s signature quail served six ways. This showpiece platter features bite-size pieces of quail in creative formats, including a quail bonbon in fresh fruit, a stuffed quail leg, and a take on the French macaron in which quail meat is sandwiched between two airy almond biscuits. At the center of the dish is a cup of lentil-cappuccino soup. For dessert, the bufala e pomodoro is an unexpected blend of sweet cheese mousse and tomato compote with a biscotto crust—somewhat like a frozen cheesecake.

Palazzo Avino is now offering four nights’ stay for the price of three, as well as a package that combines stays at both the Palazzo Avino and Il San Pietro di Positano to sweeten the deal. (+39.089.818.181, www.palazzoavino.com)