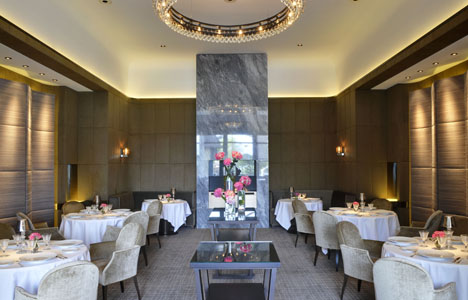 For chef Anne-Sophie Pic, Michelin stars run in the family. Last year, she received the coveted three-star rating from Michelin’s Red Guide for her family’s restaurant, Maison Pic, in Valence, France. This makes her the only female French chef to hold that honor?and the first to receive it since 1933. Pic’s father, Jacques, and grandfather, André, both received three stars while they helmed the restaurant, making them the first three-generation, three-star family. Building on her success, Chef Pic recently opened a namesake restaurant at the Beau-Rivage Palace Lausanne, Switzerland, making it the newest and most exclusive dining option at the 152-year-old resort. The spring menu showcases Pic’s contemporary French cuisine, including sea bass with caviar, a dish her father created in 1971 and has since garnered a faithful following. (+41.21.613.33.33, www.brp.ch)