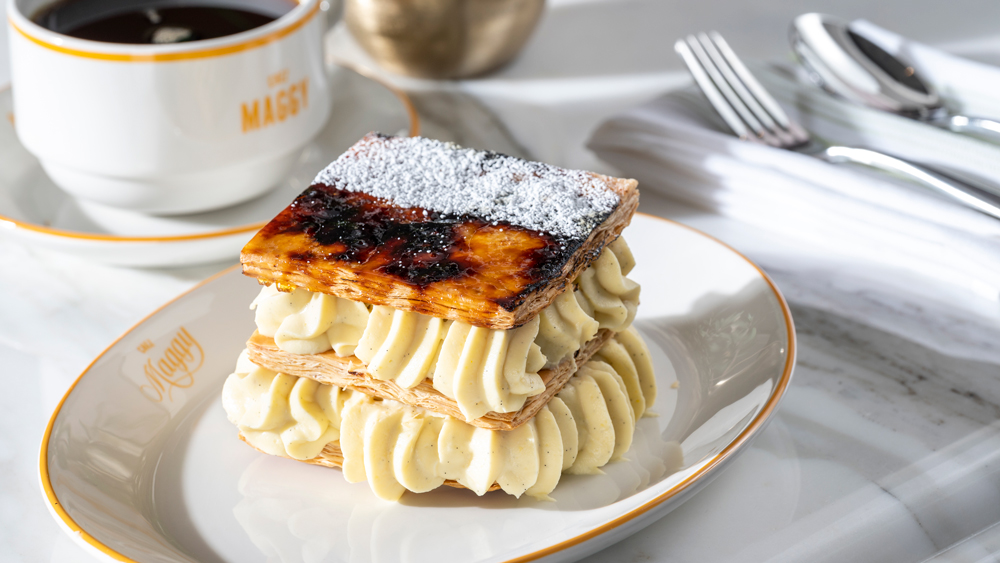 Chef Ludo Lefebvre’s family was rocked by tragedy when his mother-in-law, Margaret Stewart Braun, died in a car accident caused by a drunk driver in Colorado in 2019. Nearly three years later, the Los Angeles-based Lefebvres are still grappling with the loss, but have found a way to channel their grief into a new project that honors Braun’s memory.

The chef is opening Chez Maggy at the new Thompson Denver hotel in the city’s Lower Downtown neighborhood, his first foray outside of Los Angeles and the luxury hotel brand’s first location in the Centennial State. The French brasserie-style restaurant opens this week, just a few days ahead of the hotel.

Maggy is another nickname for Margaret, who was Lefebvre’s wife’s stepmother, or “bonus mom,” as Krissy Lefebvre affectionately called her.

Ludo, Krissy and their 10-year-old twins, Rêve and Luca, regularly visited Colorado to spend time with Margaret and Krissy’s father, Bill. Likewise, Margaret often traveled to the Lefebvres’ home in Los Angeles to take care of the children when Ludo and Krissy needed to travel without them.

The 90-seat lobby-level eatery, the hotel’s signature restaurant, will combine Lefebvre’s classic French style with mountain-inspired ingredients and preparations. While crafting the menu, Lefebvre focused on the types of simple, expertly prepared dishes he seeks out in his home country—steak tartare, trout almondine, onion soup, steak frites and pâté, for example.

“I really wanted to come to Denver and bring a little bit of the French culture, the thing I know how to do well,” he says. “I’m not going to create a fancy restaurant with crazy dishes, no, it’s going to be very classic, the food people get when they go eat in a good bistro in Paris.”

He also wanted to play with ingredients that represent the American West. Instead of boeuf bourguignon, he’s doing bison bourguignon; Lefebvre is also making bison tartare. He plans to cook with seasonal Colorado produce as it becomes available, changing out 30 to 40 percent of the menu every few months.

The chef put his own French spin on the classic burger, which he calls his Burger à la Française. It features a black pepper gravy sauce, pickled mustard seeds, smoked mayo and French Comté cheese served on a Brioche bun.

“You need a fork and knife to eat it,” he says.

He’s also upgrading the Denver omelet—traditionally made with bell pepper, onions, ham and cheddar cheese—by swapping in fondue and preparing it the French way. The cheese fondue, popular in the French Alps, is a subtle nod to Colorado’s mountain ranges.

“The omelet is very soft, like custard—soft and fluffy,” he says.

Lefebvre, who loves to hike and ski, particularly at Keystone Ski Resort, had been wanting to open a Denver restaurant for years when he learned of Thompson Hotels’ plans for Colorado. In Thompson, Lefebvre says he found a great partner for bringing his Mile High dreams to fruition.

“They are young, very, very fun to work with and, the most important thing, they give me everything I need and they let me do what I want—they really want to make sure I’m successful,” he says.

Thanks to a partnership with Victrola, which has been making record players since 1906 and recently moved its headquarters to Denver, the hotel is outfitting every guest room with a turntable and creating a public “listening lounge,” complete with a curated selection of vinyl records, on the sixth floor. Guests can jam out before or after a visit to the alpine-inspired cocktail bar, Reynard Social, located on the same floor.

Though he’ll be just a two-hour flight away in Los Angeles, Lefebvre will lean heavily on the talents of the hotel’s executive chef Chase Wilbanks, a Colorado native with robust French and fine dining experience. Lefebvre is also looking forward to spending even more time in Denver and becoming enmeshed in the city’s culinary scene, which he already admires.

“I’m going to bring a lot of butter to Denver,” he said.