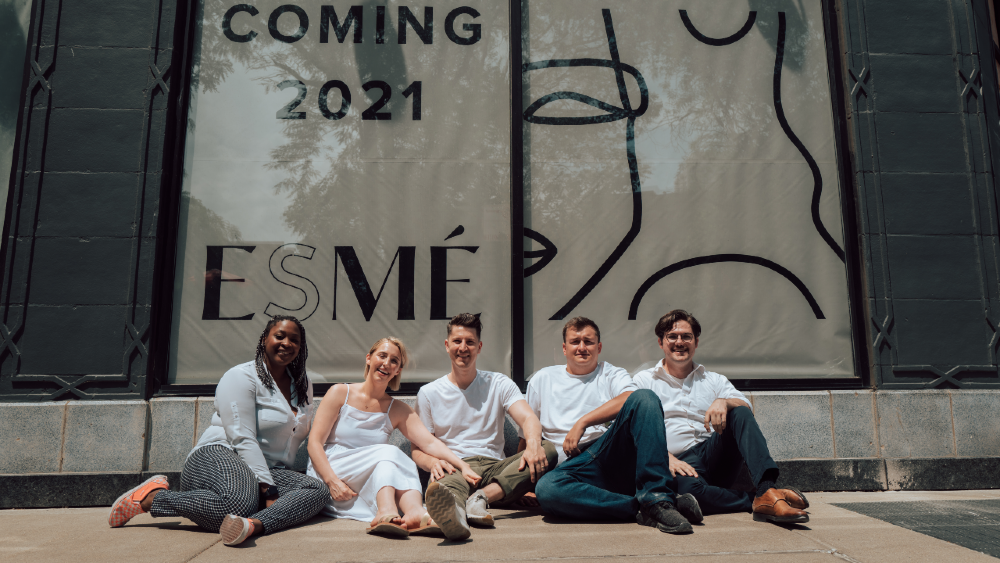 “Fine dining is often associated with white tablecloth, suit-and-tie pretentious,” says Jenner Tomaska, the tasting-menu veteran whose Esmé in Chicago’s Lincoln Park neighborhood opens on August 18. “I feel like, overall, we’re trying to do the complete opposite of that. We’re trying to craft an experience.”

Tomaska, who was previously executive chef at Grant Achatz’s Next, and his wife and business partner, Katrina Bravo, want Esmé to be a restaurant that celebrates its Chicago community. “Although the price point kind of puts us into that quote-unquote ‘fine dining’ tasting-menu format,” he explains, “we’re trying to craft something that’s the opposite of a very enclosed exclusive space. That’s kind of the purpose of the restaurant—to promote others and use this place as a platform for others.” 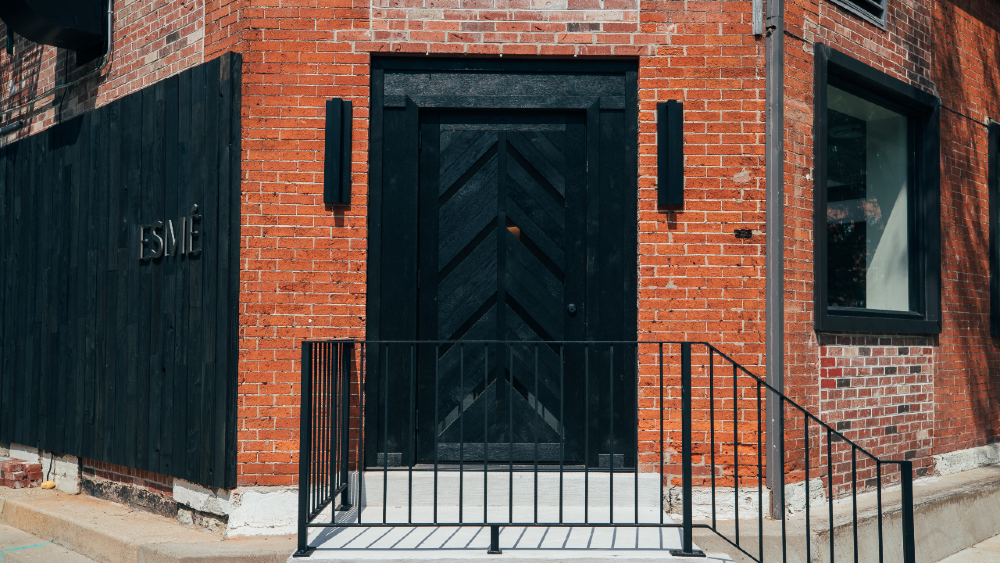 The restaurant is located in the Lincoln Park neighborhood.  Courtesy Esmé

A big part of that involves collaborating with artists and artisans from around the world. So Tomaska is serving 10-to-15-course tasting menus ($185 to $200, depending on when you dine) with dishes that are inspired by the vessels they’re in.

A caviar course, for example, was conceived after Tomaska visited a local ceramics workshop, David T. Kim’s DTK Ceramics, and found something that resembled mother-of-pearl. Tomaska admired the textures of the ceramic piece, which is rough on the outside and refined on the inside, and he thought about how caviar is often served with mother-of-pearl spoons. So he’s using DTK’s creation as a bowl for a dish featuring golden osetra caviar atop a bed of sweet potato ice cream with a swirl of peanut miso. This is the first course of Esmé’s current tasting menu. 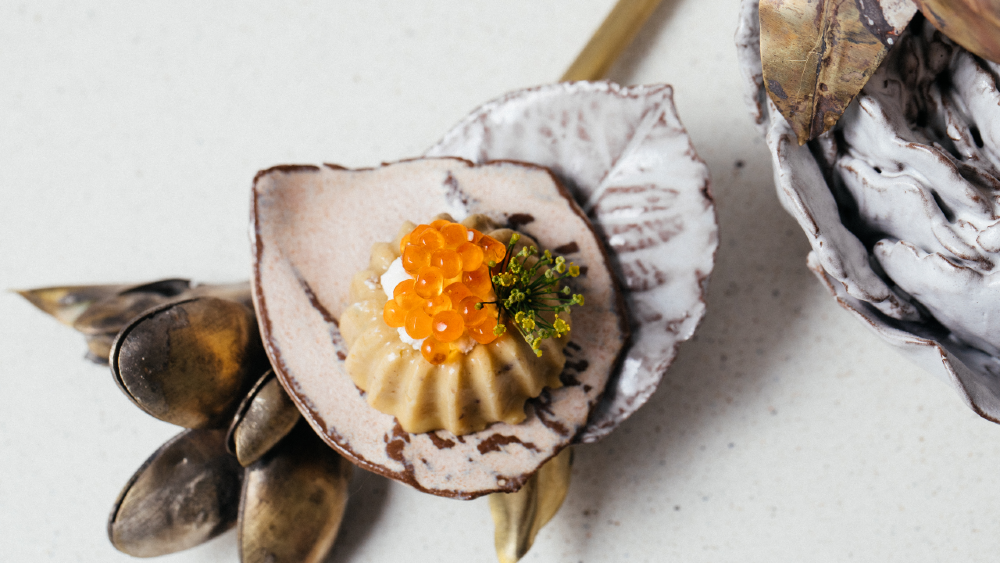 The carrot Dauphine.  By Sandy Noto

Meanwhile, Tomaska found UK sculptor Polly Verity on Instagram. She had never made any serviceware, but Tomaska loved how she used paper as a sculpture medium and asked her to create something for Esmé. Verity shaped durable, cleanable stainless-steel mesh to create a plate that evokes the sensuality of an open mouth. Esmé uses the plate for a savory éclair with wagyu fat, salted strawberry, pine-scented parsnip puree and a pickled spruce tip. “The creative process just started with her work and how I related to it,” Tomaska says.

Given Tomaska’s background, elegant cooking and thoughtful plating, Esmé has the makings of a destination restaurant. But it also wants to be a neighborhood spot, a place guests can visit often. So Esmé is working on an à la carte bar menu designed to accommodate walk-ins. 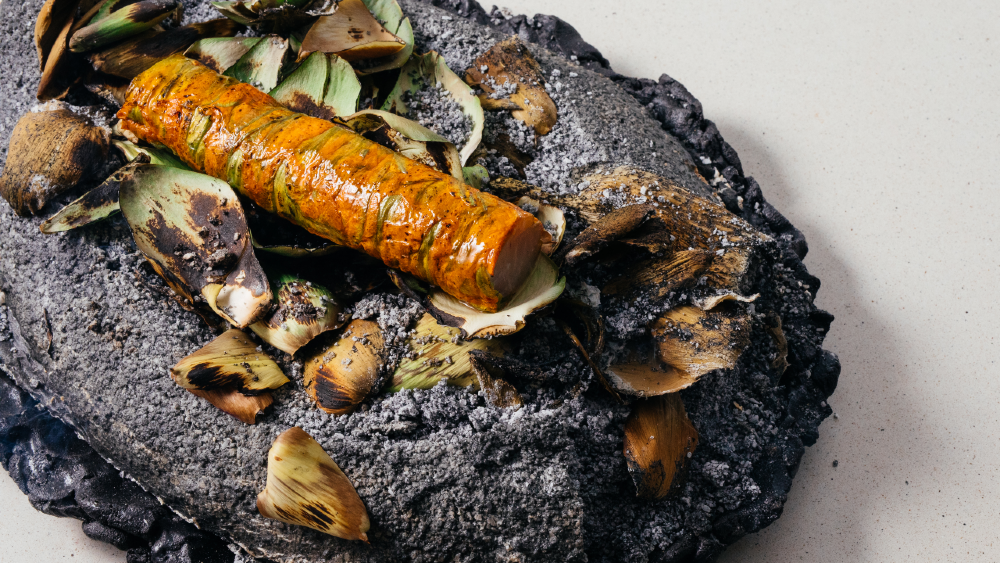 Tomaska’s take on a salt bake.  By Sandy Noto

Bravo has heard from many locals who say they’re most excited about popping by for wine, cocktails, snacks or a relatively casual meal at the bar in the near future. She’s touched by how neighborhood residents have knocked on the windows to say hello and invited her and Tomaska into their homes. “The neighborhood made it possible for us to be here,” Bravo says. “We’re across the street from a school, and we had to be approved by the school and the neighbors to get a liquor license.”

Some of the art at Esmé is also the direct result of being in this Lincoln Park location. Painter Danielle Klinenberg, whose work adorns the restaurant’s walls, lives nearby. “She crosses the street to drop off her daughter every day in front of our space,” says Bravo, who plans to rotate in work from other local artists. “That is why she reached out to us and said, ‘How can I help you?’ We’ve had a lot of neighbors reach out and ask us what they can do to make us successful. We did not see that coming. This neighborhood has been unbelievable.” 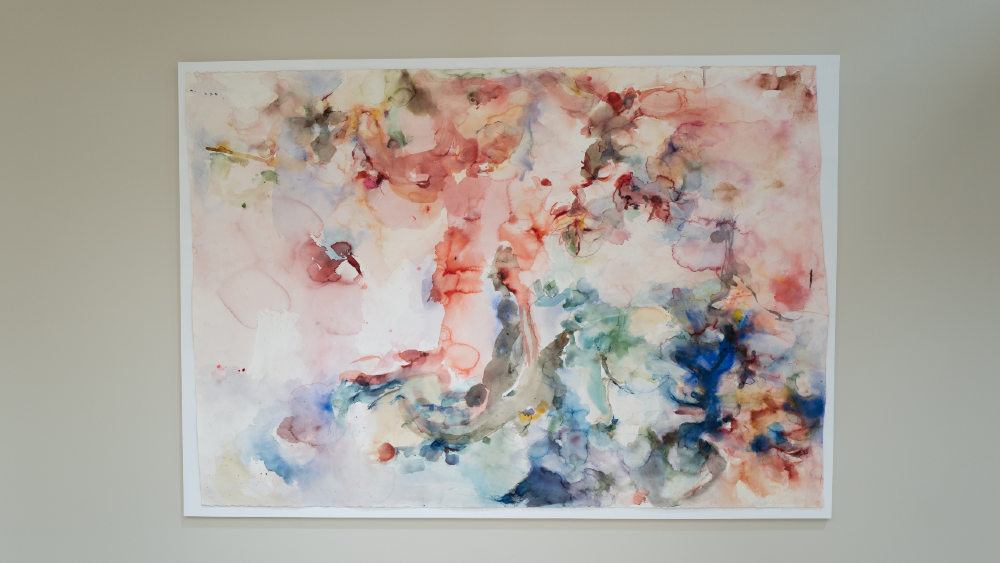 Some of the art that has influenced the menu.  Courtesy Esmé

Tomaska and Bravo have spoken to their new neighbors about philanthropic dinners they want to have at Esmé, and they’re fortified by the positive response. They’re looking forward to collaborative dinners with local creatives, including photographer/videographer Paul Octavious, and will donate a portion of proceeds from these meals to different charities and causes.

In addition, Esmé beverage director Tia Barrett aims to showcase winemakers with a philanthropic mission. So she’s pouring bottles from labels like Oregon’s Ricochet, which has donated money to organizations that help people bounce back from hardship.  “I want to create experiences that give light to people who don’t have a platform, especially on this scale,” says Barrett, who’s also been filling out her wine list with bottles from female and BIPOC producers. “It’s not just the ethos of, ‘Let’s drink great wine.’ You can have great wine. You can also have experiences that holistically support everyone from start to finish.” 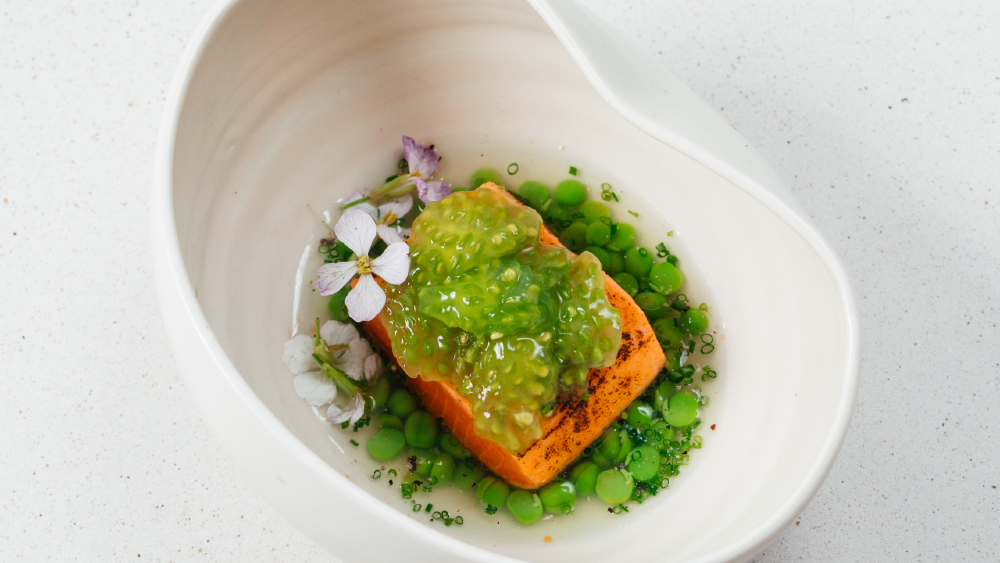 The salmon dish from the tasting menu.  By Sandy Noto

Even the spring water Barrett selected fits into this narrative. Esmé is pouring Mexican mineral water from the environmentally conscious Agua de Piedra, which uses transition bottles (created by glassmakers who are trying out new colors) that might otherwise go to waste.

“I think the more that we talk about what we’re doing, the more people are inspired by it and want to contribute,” Bravo says of Esmé’s overall mission as a community-focused business. “The angle is to do something positive and promote that. And hopefully, it inspires others to do the same.”

“We’re re-imagining what fine dining should be as opposed to what it currently is,” Tomaska adds. 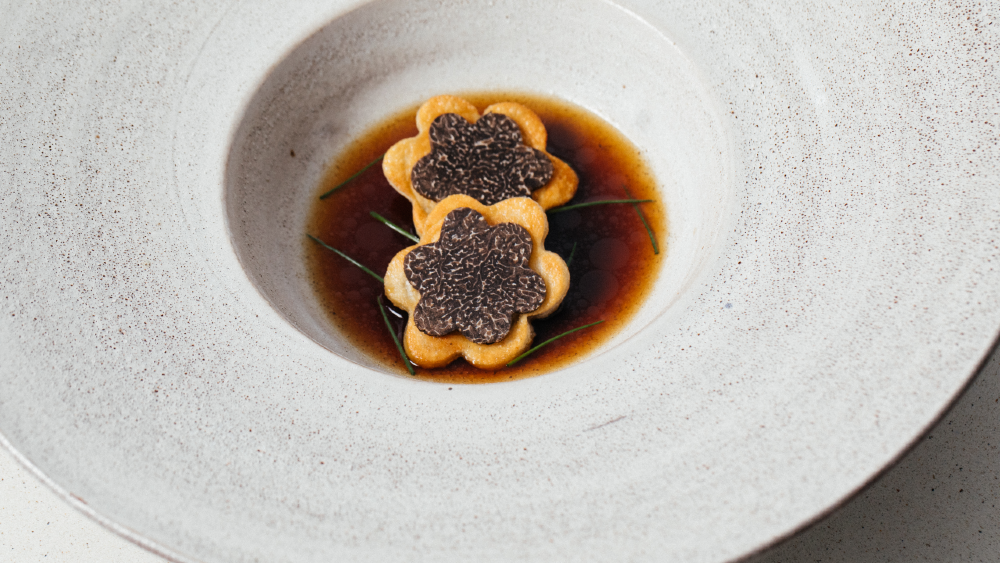 So despite his restaurant’s elite price point, he wants dining at Esmé to feel like a communal experience. Before each tasting menu, guests will hang out and have some snacks in a gallery-like entrance space with a champagne-tower installation from industrial designer/artist Benjamin Edgar.

Having strangers gather in this space is “meant to embody this moment of togetherness,” Tomaska says. “You’re all there to experience something together, even though you’re not dining together. I’ve always been in love with this idea of this grand ball or this party where there’s something to celebrate. Even though you don’t know the people who are in the room with you, you’re all there for the same thing.”