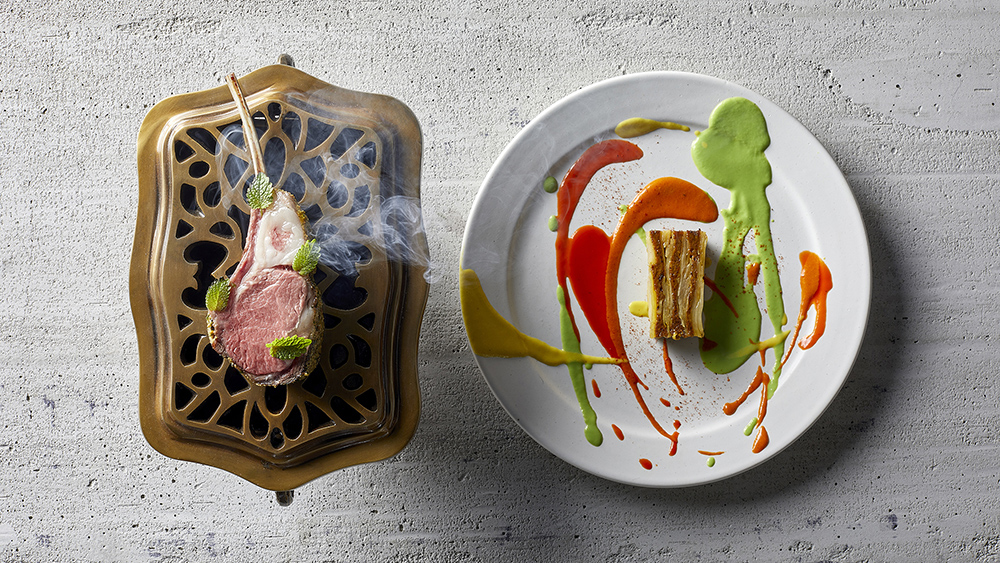 Chef Sujan Sarkar has spent his career pushing the boundaries of Indian cuisine with his modernist sensibilities, now he’s opening a tasting menu restaurant in Chicago where his Indian cooking melds with classic French technique.

Indienne will offer an $80 vegetarian menu and a $90 one for the omnivores among us. Across the two, you’ll find Indian dishes made with unusual ingredients and using European techniques, Sarkar told Eater Chicago.

“I want it to be fun, I want to be interactive,” he said. “It’s not where you just go and sit down and go home. It will be more! It has to be fun, it has to be light and airy.”

A few standout dishes that emphasize Sarkar’s culinary ethos? Galauti, a northern Indian kebab usually made with ground lamb, uses foie gras and chicken liver instead. Lamb burrah, which is marinated in a paste made from hemp seeds and pine nuts, is cooked on a wood-fired grill and then served on a personal-sized tabletop brass grill. There’s also vada (basically a lentil doughnut) served with Golden Osetra caviar and lobster-topped bisi bele bath, made with rice, lentils and more than 30 other ingredients.

For the first few weeks of service, Indienne will focus just on the tasting menus. But eventually it will expand to à la carte offerings, such as duck keema and octopus with miso, fennel and fermented cape gooseberry. Dessert follows the same melding of cuisines, with jamun and plum sorbet as well as besan barfi (chocolate crémeux, pistachio financier, kumquat chutney and milk ice cream).

Indienne’s cocktail offering will include creative drinks such as the Kolkata (Indian single-malt scotch, ginger, roasted mango and raspberry chaat masala) and the Mumbai (clarified milk punch from rum, steeped with fruit and strawberry vinegar). And the restaurant will also offer a $60 wine pairing with the tasting menus.

Indienne is taking over the space formerly occupied by Graham Elliot, which at one point held two Michelin stars. Sarkar has that legacy to live up to, although he’s not focusing on those sorts of accolades, at least not yet. “If you’re opening a restaurant, it has to be for the right reasons,” he told Eater.

The stars and good reviews would just be an added bonus, then.

Indienne, opening today, will serve dinner 5 to 10 pm Tuesday through Thursday, and until 11 pm on Fridays and Saturdays.

Click here to see all the photos of Indienne.