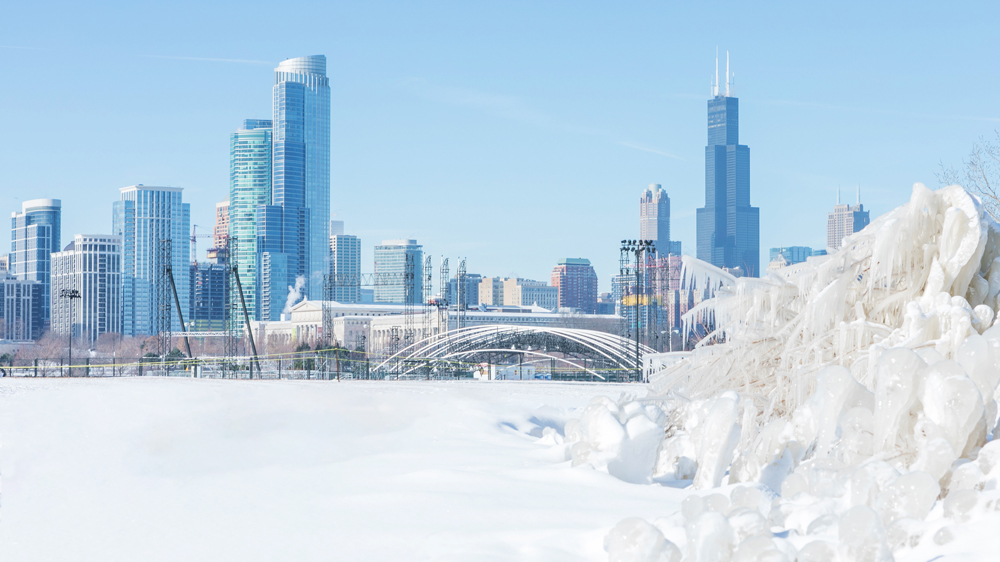 A decade ago I lived in Chicago, and my life up to that point had not prepared me for the city’s particular brand of winter cold. I’d wear fleece pajamas under my jeans some days to tame the wind whipping off Lake Michigan. On more than one occasion I found my car entombed in ice, the locks and doors frozen shut. Waiting for the L train on the red line platform, my fellow straphangers and I would huddle under lone heaters like packs of penguins in the Arctic. And one time my hair froze in a block because there was too much moisture left in it from my morning shower.

This is all a roundabout way of saying Chicago’s restaurants, many of them currently relying on al fresco dining to stay afloat, have a massive challenge ahead of them to survive the coming months. Which is why the city’s government recently issued outdoor dining regulations to guide restaurateurs, including rules on temporary structures. The problem they run into is that the better those temporary structures are at keeping out the cold, the worse they are for the safety of diners and staff.

The city has taken an opensource approach to finding ideas for winter outdoor dining. Last month, it created a competition where people could submit their proposals to help restaurants. More than 600 people offered ideas ranging from inspired to idiotic.

Many fell prey to the same problem. From repurposing train cars to mini greenhouses to plastic igloos, people essentially proposed enclosed structures. Their solution to safe outdoor dining was to simply move it indoors.

With strong indications from the scientific community that Covid-19 is airborne, people breathing the same static air in an enclosed structure like the ones proposed brings a greater risk of infection than outdoor dining. So much so that this week Dr. Anthony Fauci told MSNBC’s Chris Hayes he’d be in favor of keeping restaurants closed because of the special risk they pose. “When you have restaurants indoors in a situation where you have a high degree of infection in the community and you’re not wearing masks, that’s a problem,” he said.

Chicago isn’t following such a strict policy. It currently allows indoor dining at 25 percent capacity, and restaurateurs are lobbying to have that cap raised to 50. As for the new outdoor regulations, temporary structures like tents are allowed without having to go cut through the red tape of getting a new permit if they’re under a certain size and “at least 50 percent of the sides are open to allow airflow.” Also, the city will allow enclosed structures like plastic domes for individual parties if they “have adequate ventilation to allow for air circulation,” the new policy—although it doesn’t define “adequate ventilation.”

One of the world’s leading researchers previously told Robb Report that she wasn’t a big fan of the plastic domes. “I would not feel safe in such enclosures, as they don’t seem to have any ventilation,” Lidia Morawska, a professor at Queensland University of Technology in Australia said. “Unless they are used for families—or people from the same households—to isolate them from others. But a restaurant would not be able to ‘police’ who shares the enclosures. They would not be safe for groups of friends or colleagues.”

The problem of outdoor dining in the Windy City is being exacerbated at the moment with a shortage of patio heaters in the region, Eater Chicago reports. Keeping diners safe and warm in the city this winter will be a difficult needle to thread.