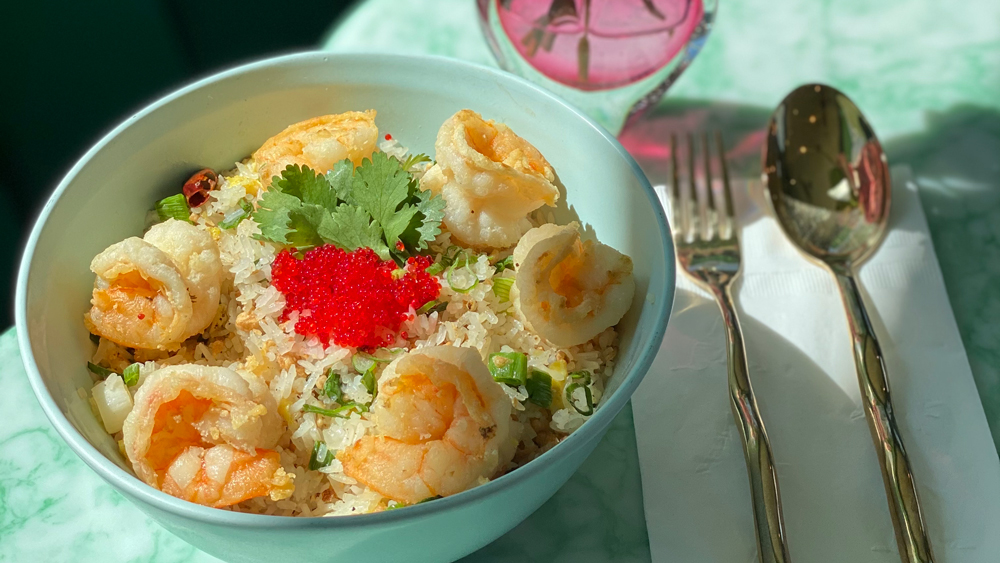 When filmmaker Spike Jonze prepared to release a live-action adaptation of the Murray Sendak classic Where the Wild Things Are, Humberto Leon did what he does best. The co-founder of the hip fashion brand Opening Ceremony designed a highly coveted clothing collaboration with his friend Jonze. Their collection was a hit.

“We remade Max’s outfit and made it adult-size,” says Leon, who remembers doing jackets for each of the Wild Things that sold out on the day the film opened, including that $610 adult onesie that was gone in an hour. A few years later Jonze and Leon collaborated again, creating a clothing line inspired by the outfits Joaquin Phoenix sported in the director’s 2013 film Her.

For Leon, who has also worked with Chloë Sevigny and Yoko Ono, collaborations are a way to be inspired by creative friends.

“I think part of it is that there’s a community of people who are likeminded, and we want to be able to go in and out of each other’s projects,” Leon says. His latest project isn’t a clothing line—it’s an LA-based restaurant—but he’s bringing that spirit of collaboration from the fashion world to the food world.

Chifa, the Chinese-Peruvian restaurant that Leon and his family opened in Eagle Rock, has served special dishes created with help from Leon’s pals like Jonze and Ali Wong. The most recent collaboration was a shrimp fried rice with Solange. Leon plans to announce the next collab soon, featuring Indian flavors and a female friend “who definitely hits the food world a bit more.”

Leon, who founded Opening Ceremony with fellow California native Carol Lim in 2002 before becoming co-creative director of Kenzo, initiates these “Friends of Chifa” food collaborations with a question about taste memories.

“It’s about conversations with friends and how to translate some of those conversations into a dish,” Leon says. “So it starts with me asking a really simple question like, ‘What’s your first experience with Chinese food or Peruvian food?’”

Solange told Leon about how she grew up in Houston’s Third Ward and often ate shrimp fried rice with her family and friends. Leon then asked her to name some of her favorite ingredients.

“She was like, ‘I love ginger, I love garlic, I love scallions,’” Leon recalls. “We were like, ‘Oh my God, that’s the holy trinity of Chinese cooking.’”

Leon isn’t a fan of what he calls “the terminology” surrounding a lot of collaborations in 2021. He has an aversion to the world “drop,” he’s not manufacturing scarcity, and the price points are far from unattainable. His goal is having special items that can rotate in and out of Chifa’s library of dishes.

That was all on display with trinity fried rice x Solange. The $21 dish was big enough to share, available for both takeout and outdoor dining in March, and the restaurant had the capacity to make hundreds of orders each weekend. Chifa ran the Solange collaboration for an entire month and might bring it back in the future.

What’s driving Leon on these collaborations isn’t financial success, but the idea of showing what a family-owned business can achieve when they embrace creative freedom that’s unburdened by outside influences. “I’m really looking at it more from an artistic point of view and bringing these conversations,” Leon says. “It’s not about the quantity we sell and the number, per se. It’s really just about the story and the mood and the feeling. We just opened Chifa in November, so it’s all quite new. It’s really important for us to establish who we are and what we stand for. What I don’t want is for people to mention Chifa without knowing that there’s a family behind it.”

Leon grew up on the edge of Eagle Rock and Highland Park, so Chifa is a homecoming. He recently moved back to the area and has done everything from curate design elements to greet customers to pull teas at the restaurant.

His mom, Wendy—who grew up in China and Hong Kong and in 1975 opened a restaurant in Lima, Peru that was also called Chifa—is responsible for a lot of recipes and also does kitchen prep. Homestyle dishes like modest-looking but flavor-packed steamed pork with shiitake mushrooms are the exact comfort food that she’s cooked for her children again and again.

Leon’s sister, Ricardina, who is married to Liu, manages the restaurant. And Liu calls on his heritage for dishes like Taiwanese beef noodle soup. Chifa day-to-day is very much a family collaboration. Leon’s famous friends don’t hurt though.

Of course, that has included Jonze, who was back to collaborate once again with his old friend. Instead of a $610 onesie, their conversations inspired a wonton soup with a Peruvian base. And Wong worked with Chifa on a noodle mashup that reflects both her Chinese and Vietnamese roots.

“The interesting thing is that none of this was forced,” Leon says. “None of these people are coming out of the woodwork. These people are part of my history. And as I’m growing and my life is growing, I’m bringing this community into my work.”

Future collaborations will happen among Leon’s diverse group of friends, where fun talks about childhood memories live alongside tough conversations about what immigrant food represents. He mentions how his mom came to America without knowing how to speak English, and how she had a “survival mentality” as she cooked to support her family. He’s imbued with the knowledge that his generation’s successes are largely born from the struggles of those who came before them. And he knows that it’s a privilege to have a restaurant where he can amplify different voices.

And he wants Chifa’s food to be about allowing anybody who visits the restaurant to be part of the conversation.

“Personally, when I think about a drop, I’m quite turned off by it,” he says. “I think a lot of those are meant to be quite undemocratic. I don’t want to be that person who’s waiting in line and then disappointed when I can’t get something. I’m more interested in, like, ‘You know what, let’s make as many as we can this weekend.’ You should be able to have access to it. So the democracy of access makes it different to me than a drop.”