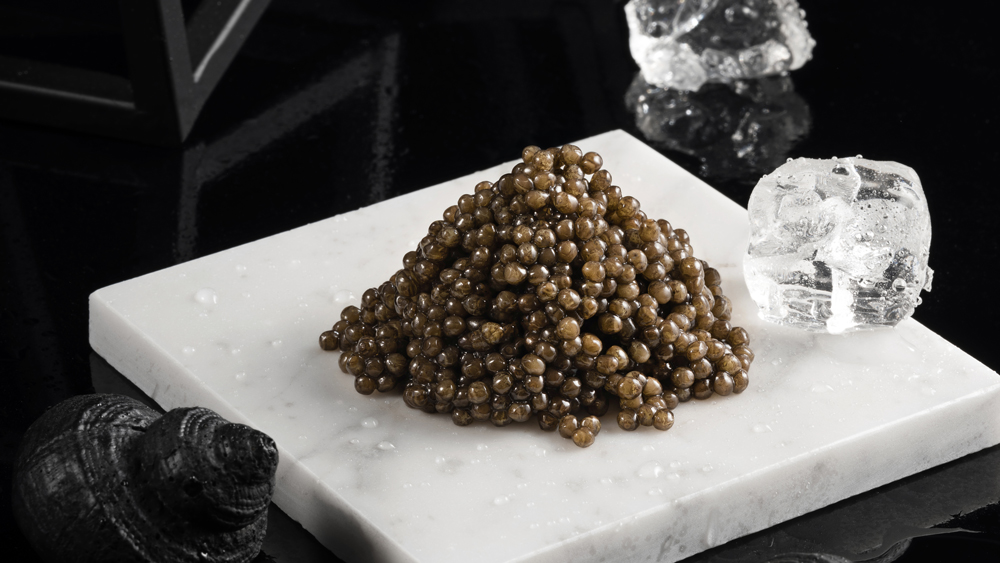 While the black pearls spooned onto blinis by caviar enthusiasts back in the day largely came from Iranian wild sturgeon swimming the Caspian Sea, today there’s every chance that the delicacy comes from a very surprising source: China.

That’s because the country has become the world’s leading producer—and consumer—of the food responsible for more than a few  eye-watering checks at the end of dinner.

Luxury produce from China may surprise purists, but a Chinese company called Kaluga Queen produces more than 60 tons of caviar every year. They sell under their own brand but also to many other labels, meaning that the caviar you’ve splurged on quite possibly comes from a lake that sits four hours south of Shanghai.

It’s the picture-perfect 141,000-acre Qiandao Lake, hundreds of acres of which are home to a company that started life as the Chinese Academy of Fisheries Sciences. CAFS provided early-stage advice to Kaluga on the farming practices that yield Beluga, Ossetra, Siberian and their own hybrid sturgeon from the crystal-clear waters that are protected by stringent environmental laws.

These huge “living fossils” date back some 250 million years and can weigh upwards of 1,000 pounds. Most take at least around seven years to reach maturity and harvesting their eggs is a long, complicated and expensive process. They are also an endangered species, protected since 1998 by the Convention on International Trade in Endangered Species of Wild Fauna and Flora (CITES).

So, all internationally traded sturgeon and their products must be accompanied by CITES documents and all caviar must bear a CITES code. There’s no limit on consumption of farmed caviar, but the labeling system in some countries is far from foolproof and questions remain about traceability.

The sturgeon raised by Kaluga, which adheres strictly to these standards, grow in 15-meter deep pens in the lake, their massive bulk occasionally breaching the surface, but the true magic happens during harvesting. The process—from the live fish arriving at the processing plant to the caviar being sealed in tins—takes less than 15 minutes.

The huge sacs of eggs are swiftly removed and rinsed, before they’re gently spread over a large mesh where one nimble worker uses tweezers to remove any individual egg that is discolored or irregular. They’re then rinsed again, salted, weighed and packed, before being labeled with a barcode  telling  exactly when and where it was sourced—something that stymies counterfeit brands in the hugely lucrative business.

Kaluga claims that a remarkable 21 of France’s 27 restaurants holding three Michelin stars serve their caviar; Per Se and French Laundry are among the many U.S.-based restaurants to have it on their menus. Agustin Balbi is chef at Hong Kong’s highly regarded restaurant Haku and another fan: “Its flavor is one level up in term of finesse on the palate,” he raves. “You can feel each egg and the saltiness is just right with a great nutty aftertaste, not fishy or oily.” Balbi uses it, along with Spanish olive oil and shiso flowers, to top a cold dish of Japanese somen noodles in a plankton sauce.

There are of course simpler ways to experience it. The ultimate strategy is to dollop it—never with a metal spoon, only pearl or wood, as metal could cause a reaction that would alter the flavor—onto the back of your hand. You leave it for a few seconds as the body’s heat warms it up slightly, inhale the aroma and then slurp away.