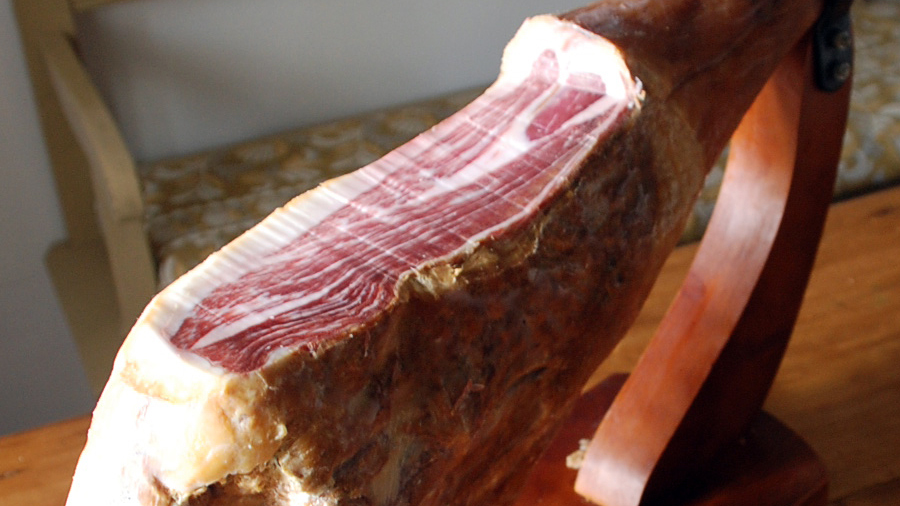 The Chinese luxury market took a hit five years ago when President Xi Jinping sought to stamp out corruption. The crackdown cut into the demand for premium goods like wine, watches, and handbags. The high-end spirits market was hit especially hard, because expensive, elaborately packaged bottles of baiju had been a favorite gift among people participating in some graft.

But now it’s not kickbacks and belly scratching leading the demand for luxury goods, instead, the growth of the Chinese middle class is spurring the market for finer things, like delicious delicious ham. But not just any old ham. Ham that can cost more than $200 per pound.

According to a report by the Guardian, Chinese consumers have acquired a taste for jamón ibérico, driving up demand and whittling down supplies in the delicacy’s native Spain.

What sets jamón ibérico de bellota apart is the time-intensive process a pig and its leg must go through in order to be considered true Iberian ham.

A breed of black pig is reared in Spain that is allotted five acres of land to graze on. It roams the land eating grass, plants, and, most importantly, acorns (bellota means acorn). The acorn diet is the key, because its high fat content is what gives the ham its signature marbling. When the pig is slaughtered, the leg is cured in salt and then hung for two-to-four years to dry while its flavor intensifies.

And in China, they’re not just importing the ham, they’re adopting the proper way to serve it, because the tradition and painstaking work surrounding this ham doesn’t stop with producing it. Jamon iberico must be attached to a special holder for cutting, and a skilled artisan slices it by hand with a long knife, because the fat is too soft to be cut with a mechanized slicer.

“They have established a ham-cutting school in China and a professional association,” Roberto Batres, who exports ham, wine, and olive oil to China told the Guardian. “That’s a sign of how far the product has penetrated the local market.”

It’s not the first time China has mined European culture for its delicacies and changed the market entirely. China is now the world’s largest importer of Bordeaux wines, making them much more expensive. Now Chinese investors have taken the next step to buy not just bottles of Bordeaux, but whole vineyards. We’ll have to see if they like Spanish ham enough to buy up entire herds.