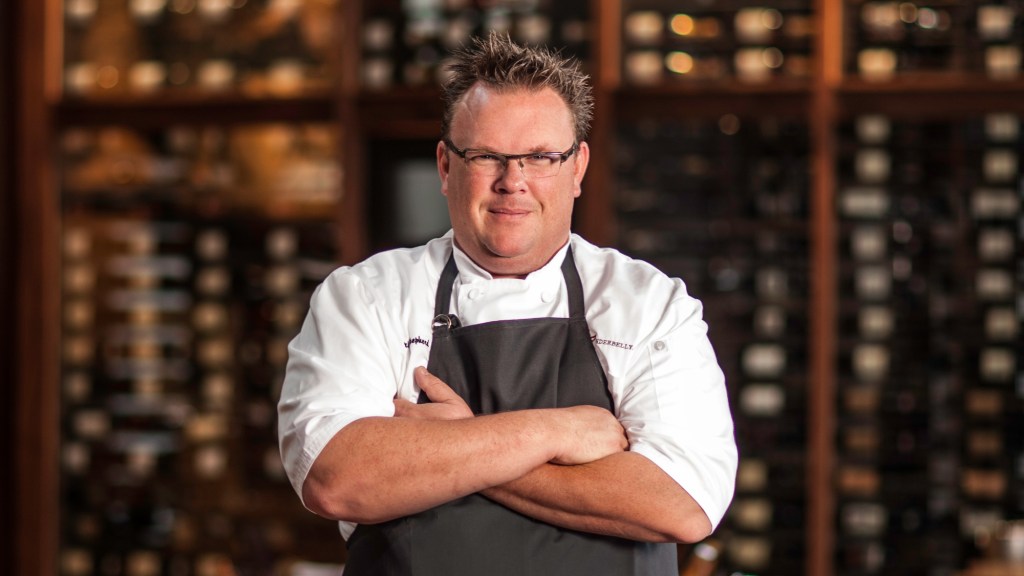 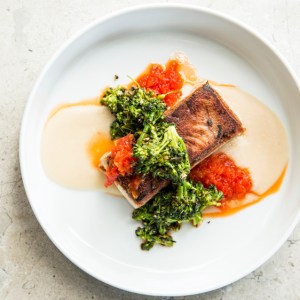 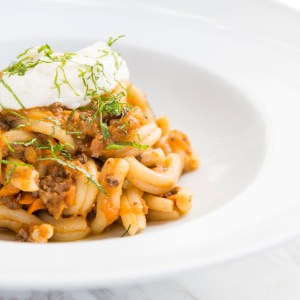 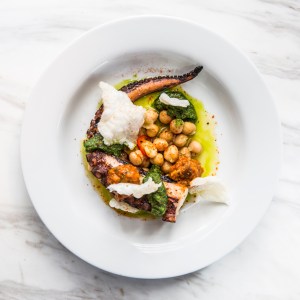 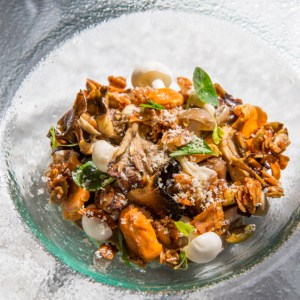 In January, Chris Shepherd opened a steakhouse in Houston and rave reviews rolled in. Then the James Beard Award-winning chef did something crazy: He closed it after just seven months to change the menu beyond recognition and reopen as a totally different restaurant. Welcome to One Fifth.

The latest project from the Houston chef who gained national acclaim for his restaurant Underbelly is pretty simple to grasp, but unique in the industry. Shepherd plans to open five new restaurants in five years in one space, each time exploring a completely different theme. No matter how popular a given restaurant is, they’ll all meet the same fate, getting the axe on July 31 to make room for a whole new concept and menu.

This project wasn’t the product of years-long deliberation and planning; it was more the result of a chance meeting. “Down the street from Underbelly is this cool old church from the 1930s that had a restaurant inside that had since closed,” Shepherd told Robb Report. “I got a call from a real estate guy, which happens a lot. I didn’t have any plans, but I just wanted to see the building.”

After walking through, he was impressed, but what the old church’s owner had in mind didn’t make sense for Shepherd. The owner wanted to only have a restaurant in the space for two years before booting them out and redeveloping it for something else. On the spot Shepherd countered with, “I’ll do five years and we’ll change the concept every year.” Recalling the meeting, the chef says, “Kevin, my business partner, looked at me like, ‘you shut your mouth!’”

It was a risky move on its face, but eventually Kevin came around. “When you have a great idea for a restaurant, you’re signing a 10-to 15-year lease,” Shepherd says. “But this gives the chance to see if we can execute a concept and see the reaction of people in real time. Can I execute a steakhouse? Can I do a fish place? This gives me a trial run on those without the long commitment.”

Building a Better Steakhouse in the Land of Steak

First out of the gate for the project was Shepherd’s take on the steak house. It’s not exactly an underrepresented genre in Houston, so he had to find a way to make it his own. He did that by changing how steaks were cooked compared to his competitors.

“Steakhouses use broilers and put them in these 9-million-degree fire boxes, but I cooked things like how I wanted to eat them,” Shepherd says. “I cooked steaks in cast iron as I would at home, so it would develop that delicious crust like when I’m making them for friends. Then we did hanger steak, chickens cooked in the hearth and braised lamb neck. It was a white-table cloth steakhouse, but I wanted you to feel like you were in my home.”

And while they were cooking some serious food, he wanted the place to be a good time. There was an off-menu item called the “Baller Board” that was filled with steak and lobster and pork belly and more. “It’s a 3.5-foot board with a trough that people order when they want to ball out, Shepherd says. “We put everything on it, whatever the kitchen wanted to do. It became an urban legend.”

Though there’s part of Shepherd that wishes he could do the steakhouse longer, he knew it was time to move on. But it went so well, Houstonians could very well see a Shepherd-run steakhouse in town again sometime soon.

Exploring the Cuisine of Europe

Shepherd originally thought his second phase would be a “Four Corners” where he focused on food from each side of Texas. But a friend called him out, telling him they already knew he could do that. He wasn’t pushing himself.

So instead, in phase two he’s tackling a cuisine totally outside of his comfort zone: Italian food. “It baffles my mind that there are so many variations on so many dishes. People spend their entire lives trying to figure out Italian cuisine,” Shepherd says. “I read about it all the time and I’d never made pasta before.”

After closing down One Fifth Steak, he traveled to Italy for two weeks. “I wanted to learn. I wanted to see the process behind the dishes,” Shepherd says. “Carbonara is so simple, but it’s difficult to execute. The eggs have to be perfect, you need the right type of pasta. The guanciale needs the right amount of seasoning and since I couldn’t find what we needed in Houston, we started making our own in house.”

One Fifth Romance Languages, for the next year he and his kitchen will explore Italian cuisine along with the food of Spain and France. So alongside that traditional carbonara will be his team’s takes on classics from each region. There’s the duck heart Bolognese, beef cheek Bourgogne, and a Spanish tortilla with caviar on top.

Just according to plan, One Fifth Steak closed on July 31 and the transformation began. The new concept was to open on September 1, but Hurricane Harvey delayed opening a week. Despite the devastation to his city, Shepherd has been encouraged by Houston’s reaction to the historic flood. “The city has come together as a whole and people have banded together,” Shepherd says. “It’s been tough, but it’ll get back and be good.”

Only Three-Fifths Left to Go

Next up for Shepherd will be a seafood concept. “We close again on July 31. Then fish happens…maybe,” he says. “My life is up in the air all the time.”

Visitors to the One Fifth website will notice the giant question marks over the fourth and fifth iterations of Shepherd’s experiment. As you can tell from his answer above, it’s not that he’s being coy about what he plans to do; he still isn’t sure yet himself. But he’s excited to figure it out.

“For me food is about understanding people and culture. I want to use food as a way learn about people, to sit down with them and talk about their food,” Shepherd says. “Then I want to share their stories through cooking.”