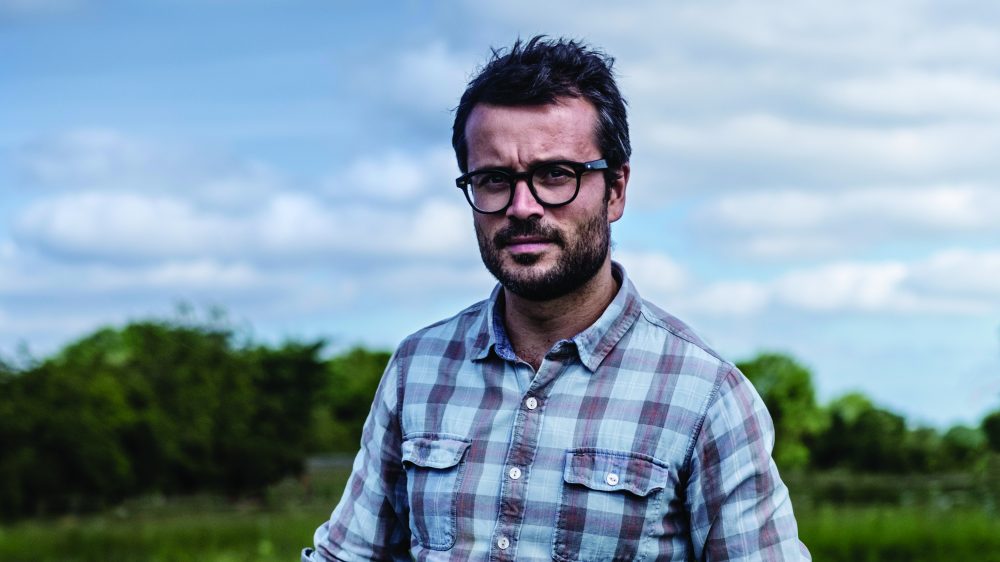 “We came, we saw, (we didn’t use tweezers) and we conquered,” began celebrated chef Christian Puglisi’s Instagram post last night. He was letting the world know that after 10 years of his Copenhagen restaurants Relae and Manfreds, he planned to close them at the end of the year.

While Noma gets many of the headlines out of Denmark, Puglisi’s duo of restaurants—the Michelin-starred Relae and the natural wine bar Manfreds—was also influencing the restaurant world for the past decade. He’s one of the chefs responsible for the rise of a more stripped-down style of fine dining as well as pushing forward the chef-driven natural wine bars that have sprouted up from London to New York to San Francisco.

The el Bulli and Noma alum built his success on an independent streak and a desire to run a restaurant his own way. He became less enamored by the trappings of fine dining. “You can have a good dining experience with having to be all butler-ish with service—for me that is just dinosaur shit,” he told Robb Report in 2018.

So he started developing a philosophy that was decidedly less fussy. “I tend to say that if you’re cooking for yourself and you want to spend the extra time on something, then that makes it worth it,” he said. “But to take a set of tweezers to stack 50 leaves in a certain way? I’m not going to do it for myself! I don’t care. It doesn’t make enough of a difference to me for the time I need to spend on it. I just like that you do some things that are very well thought out, but then in execution they’re very simple.”

Puglisi set out on his own in 2009 to create his stripped-down take on fine dining. When delays stalled Relae’s opening, he decided to take over a failing restaurant across the street to open a casual concept that would also help him support his fine dining spot by increasing the volume of product he’d buy from wholesalers and producers, which would give him the ability to negotiate for lower prices for both restaurants.

“It started off just being a takeout dish of the day and a vegetarian dish of the day—that was it,” Puglisi said about Manfreds origins. “It was very, very simple. And very fast. It became very popular. It was really busy.”

Soon after, Relae took off as well and Puglisi went in search for more economies of scale, especially as Manfreds became known for its food and ample wine list. “Instead of spreading out more, I want to try and go deeper,” Puglisi said. “So I want to have more knowledge about what we do.” That meant no longer just buying wine, but becoming an importer himself with the expertise in natural wine.

“He took it to a level where you’re not just serving wine at his restaurant, but also bringing in the wines you want to sell yourself,” says Contra and Wildair’s Fabian von Hauske, who cites Puglisi as a major influence. “I think it’s something very special, and I think so many people have become inspired by that.”

The accolades would follow with Relae earning a Michelin star and landing on the World’s 50 Best list. Soon there was also a bakery in Mirabelle that supplied the other restaurants, and then Baest, a pizza place inspired by his Italian heritage.

And Puglisi looked to go deeper again by creating his farm 45 minutes outside of the city. “This is not a pretty garden,” Puglisi said. “You have plenty of restaurants with pretty gardens, with 30 leeks and then they’re gone. We have 20,000 leeks. It’s an agricultural production.” This allowed him to not just say he was farm-to-table but for him and his employees to understand more deeply where the food was coming from.

But in the face of a global pandemic and 10 years plugging away at the restaurants, he’s shutting Relae and Manfreds down. “My dreams came true and I proudly managed to achieve it all while picking every fight to keep my independence,” Puglisi wrote yesterday. “Only in this last year have I realized, that while my drive and need for independence has not dwindled, fighting for my freedom today means doing less.”