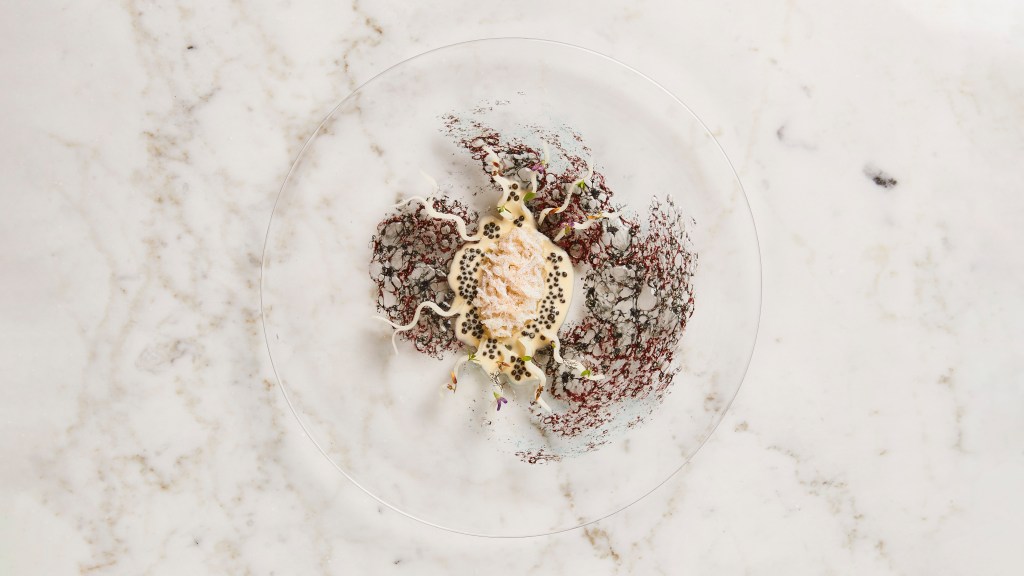 In July, as host Stanley Tucci announced the winners of the World’s 50 Best Restaurants during a gala event in London, chef Rasmus Kofoed’s team sat in the audience holding hands—and their breaths.

Kofoed’s Copenhagen restaurant, Geranium, made its debut on the World’s Best list in 2009, just two years after opening. Since that auspicious beginning, he has earned the restaurant three Michelin stars, been named Denmark’s “chef of the year” and won the Bocuse d’Or, the esteemed international culinary competition held each year in Lyon, France. (He’s also won both the bronze and silver Bocuse, the only chef ever to do so in the event’s history.) It’s an impressive list of accomplishments and accolades, but when Tucci announced Geranium as the World’s Best Restaurant for 2022, it validated a seismic change at the establishment: Kofoed’s recent decision to take meat off the menu.

“I was full of tears and emotion,” he recalls of the win. “It was a magical moment, and I was really touched.”

The chef had eliminated meat from his own diet five years ago, he says, and had begun to feel disingenuous serving animal-based dishes. In January, after a pandemic-induced period of reflection and restlessness, Kofoed made the decision, following in the footsteps of Eleven Madison Park in New York and San Francisco’s Atelier Crenn, to remove meat from the menu.

It required a major overhaul, he says. “We changed the menu completely—that was the biggest challenge for me, to say goodbye to some of the signature dishes.” But ultimately “it just made more sense: My food shows the Danish landscape and my own personality, so it didn’t make sense to create meat dishes. I want to give diners the experience of food that I like to eat.”

That personal connection is evident in one of newest dishes on the fall dinner menu (a three-hour experience starting around $500): “Abstract of brown crab” is inspired by a summer spent fishing with his three children on the island of Samsø, off Denmark’s east coast. There had been an earlier iteration of the dish, but it didn’t meet Kofoed’s strict standards. Something wasn’t sitting right.

“I’m a very ambitious guy, and I was just not satisfied,” he says. “It was good, and I could probably have served it and people would have been happy. But I was just not happy with it.”

But during one outing with his kids (who he says are exceptionally good crab fishers), he took the time to study a crab’s anatomy, carefully inspecting the tail, legs and claw. Back in the kitchen, he re-created the crustacean on the plate using pickled kohlrabi, arranging the cabbage to mimic legs and claws. The meat is mixed with a crab reduction, flavored with a charcoal-infused oil and dusted with seaweed powder. It’s then placed in a butter-and-herb sauce studded with caviar. “When we did that, it was boom,” he says. “It was great and just made sense.”

Also new: chopsticks, a fond childhood memory for Kofoed, which the restaurant will incorporate as a way to force diners to slow down and consider the food. “With chopsticks you have to work with your fingers, connect with your brain before tasting,” Kofoed says. “I think it’s a beautiful way of eating.” The utensils will be used with salted and smoked Danish mackerel served with seaweed in a cold vegetable broth made from tomato water and topped with smoked oil. Despite the menu’s new direction, the dish is vintage Kofoed: clever, deeply personal and as vibrant and complex as the Danish landscape that inspired it.