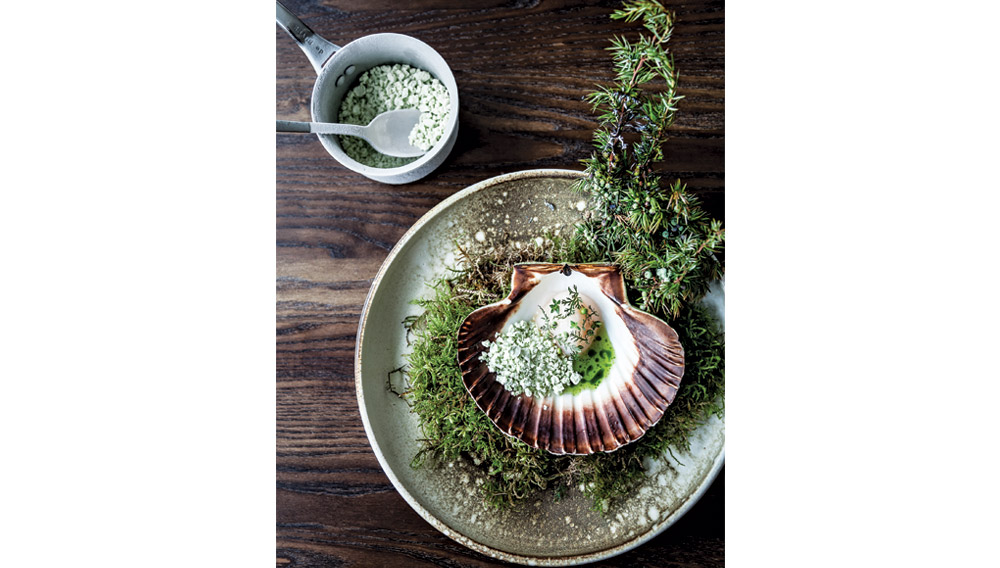 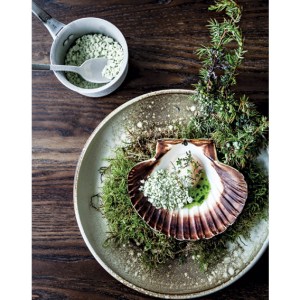 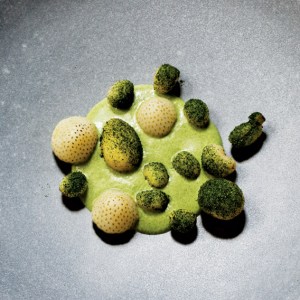 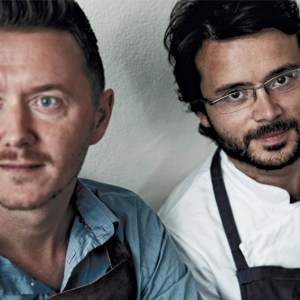 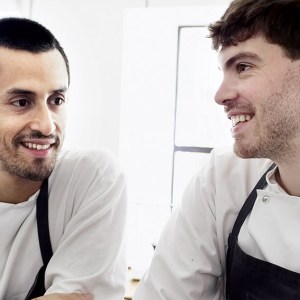 Chefs who came up at Noma are opening inventive restaurants of their own and taking the Danish capital’s cuisine into adventurous new territory.

At 36, chef René Redzepi is far too young to be thinking about his legacy. But as he bikes through his native Copenhagen in white sneakers, hair flopping as he goes, such thoughts are almost impossible to avoid. A decade after Redzepi and his partner, Claus Meyer, opened Noma, Copenhagen has become home to a slew of ambitious restaurants, many of which are run by Redzepi’s former staffers. Although all of these chefs and sommeliers were changed by their time at Noma—a restaurant broadly considered to be the best in the world—in the past few years they have begun to deliciously transform the city’s dining scene in ways their mentor never could have predicted.

“I never thought these guys would stay,” Redzepi says of his former apprentices, some of whom came from as far away as California. “I thought they would all go home when it was time for them to open their own place. The fact that they haven’t makes you think that something is really happening here.”

Something, indeed. Copenhagen has become one the world’s top dining destinations—on a par with New York City, Paris, and Tokyo. According to Horesta, the Danish association for the hotel, restaurant, and tourism industries, one in three tourists now travels to Copenhagen for the purpose of visiting a specific fine-dining establishment. This development is remarkable, given that only a few years ago, the city—and, really, the whole of Scandinavia—was not even a blip on the gastronomic radar. With a native cuisine that revolved largely around pickled herring and the open-faced sandwiches known as smørrebrød, Danes—when they attempted anything approaching haute cuisine—typically looked to France and often slavishly copied that country’s classics.

By articulating the possibilities inherent in what he called a “new Nordic cuisine,” Redzepi changed this dynamic. Convinced that the bountiful ingredients to be found in his own country could be used to greater effect, the chef at first focused on local substitutes for the essential elements of French cuisine, using vinegar in place of citrus, for example, or musk ox for beef. Soon he was taking his cooks out to the woods to forage for wild herbs and cajoling farmers, fishermen, and artisans into supporting his vision with their gorgeous carrots, sea urchins, and “virgin” butters. He wanted diners to taste the place.

In addition to winning global accolades for Noma, including the No. 1 spot on the World’s 50 Best Restaurants list, and completely filling the reservation book, Redzepi has made his establishment the destination for ambitious young chefs from around the world in search of meaningful apprenticeships. “It was such a special place,” says one of them, Samuel Nutter. “You were making genius food, and you weren’t stuck in a basement peeling potatoes. You were out there and could see how much people loved it.”

The problem with attracting top talent, however, is that those people eventually move on. Pontus Elofsson, whom Redzepi brought to Noma as sommelier six months after the restaurant opened, illustrates this point. While Elofsson was at Noma, he created a minor revolution in fine dining by embargoing Bordeaux in favor of quirkier natural wines that fit the terroir-driven cuisine. In 2012, he left the restaurant to devote his full attention to Rosforth and Rosforth, an import business focusing on all-natural wines. Last October, he and his partners opened Den Vandrette, a cozy wine bar located just across the waterway from Noma. The wide-ranging but well-curated list gives him a chance to introduce his favorite wines to a broader public—and helps to reinforce Copenhagen’s position at the forefront of the natural-wine movement.

Noma’s former sous chefs—with their own intimate restaurants and intricate tasting menus—are having an even greater impact. As one of the first to venture out on his own, in 2010, Christian Puglisi faced the heaviest expectations: Critics and clientele naturally expected his restaurant to be Noma lite. But the then-27-year-old chef—born to a Sicilian father and a Norwegian mother who raised him in Denmark—was determined to create something authentically his. For a while, this effort focused on defining who he was not. “I banned foraging, because I didn’t want people to think we were trying to be Noma,” he says. “I banned pasta from the menu, because I didn’t want people to think we were an Italian restaurant. And I banned tablecloths, because fine dining is just not who I am.”

The result of these banishments was Relæ, a tiny outpost in a once-dubious neighborhood that today, four years after its debut, remains every bit as idiosyncratic as its creator. The casual dining room is furnished with bare oak tables, whose silverware-laden drawers allow diners to replenish their place settings between courses, and the servers are outfitted in leather butcher’s aprons. Yet the food is as ambitious and accomplished as that at any three-star restaurant. On a recent night, a young-onion dish came to the table looking like a botanical fantasy—half peony, half artichoke. Puglisi had blanched tiny alliums until they were as sweet as honey, separated their layers, then wrapped each one around a single nasturtium leaf before setting it in a shallow pool of buttermilk. It was a startlingly beautiful dish, whose complex flavors—sweetness from the textured onions, tang from the buttermilk, spicy sharpness from the nasturtium—belied its simple ingredients. “I like to focus on vegetables and other products that are considered to be of lower value, but get the highest quality,” Puglisi says. “And then explore how to put our personality into it.”

Samuel Nutter, 28, and Victor Wagman, 32, also led with their personalities in opening Bror in the spring of 2013. The two worked together in the kitchen at Noma and each had his own ideas about where to go afterward: Nutter, who is British, hoped to return to northern England and open his own restaurant there, while Wagman, a Swede, wanted to teach. But fate intervened in the form of their friendship—and the Danish women with whom they each became romantically involved. So instead of moving on, they found an address not far from Copenhagen’s town hall in which to house the casual Bror. “More than anything we wanted it to be comfortable,” Nutter says, “the kind of place you’d be happy to eat at a couple of times a month.”

Nutter and Wagman have replaced the delicate wild plants and carefully plated arrangements for which Noma is known with what they call “fun” ingredients. These include a lot of unusual meats; in fact, the two are perhaps best known for their dish of bull testicles, whose exteriors are fried to a crunch that contrasts with the surprisingly tender meat. But their braised lamb’s tongue is also something of a shocker: It is sometimes served whole in an umami-rich broth—and still attached to the animal’s skull. The cozy, almost pub-like atmosphere enhances Nutter and Wagman’s full-bodied, deeply savory, and flat-out delicious recipes.

“Noma teaches you the importance of being unique and not copying,” says Matt Orlando. “You can’t help but take that lesson with you when you go on.” He could be talking about Bror or Relæ; but he is not. The California native, who was both a sous chef and the head chef at Noma (in addition to doing stints at the Fat Duck and Per Se), opened his own Copenhagen venue last July. Amass is unlike any other restaurant in the city. Set in a renovated warehouse with large picture windows overlooking Copenhagen’s moody bay and a wall of custom-painted graffiti that recalls Orlando’s surfer past, the restaurant looks far more industrial than refined. Yet everything on the table—from the exquisite Zalto glassware to the painterly dishes that appear delicate but pack a flavorful punch—suggests a chef who cares about his guests’ well-being.  “More than anything, I want our food to be honest,” says the 37-year-old. “It should be interesting and take diners someplace new, but it also has to be true to what it is.”

(continues to next page)

A pumpkin dish on a winter menu perfectly embodies this philosophy. Composed of just three ingredients—a rare breed of pumpkin cooked slowly in house-made roasted almond oil and sprinkled with rosemary salt—this delicacy nevertheless attains a sophisticated balance of flavors that thrilled no less an authority than Redzepi himself. Another recipe is just as simple and unusual: A dense variety of local potato is diced fine and sautéed in “virgin” butter until it achieves the creamy consistency of risotto; the dish is then finished with a briny touch of seaweed and bound with the rich yolk of a poached egg on top. But future diners should not expect to taste either of these simple wonders: No matter how beloved a dish may be, Orlando changes his menu frequently—sometimes weekly—so that he is always using produce at its peak. “Another thing I learned from my time at Noma is that you have to always keep developing,” he says. “I want to keep things in progress.”

Torsten Vildgaard is also constantly evolving as a culinary artist. The 34-year-old Dane joined Noma in 2005, two years after the restaurant opened, and stayed for eight years. Much of that time was spent in the test kitchen, where he worked with Redzepi to develop new recipes. “It was magic,” Vildgaard recalls. “René would toss ideas up in the air, and I would try to catch them.”

As the person responsible for developing many of Noma’s defining techniques, such as cooking on hot stones, Vildgaard found himself challenged when it came time to distinguish his own style from that of his former employer. “The Nordic philosophy is so deep in my DNA,” he says. “But I didn’t want to be so strict. I wanted to spice it up a bit.” The solution to this dilemma is Studio, a sleek but convivial spot that opened in October in the Standard, a complex for musical entertainment and dining in the city’s former customs house. Earlier this year, it was awarded a Michelin star. The menu includes a liberal dose of the luxurious ingredients Vildgaard loves, as well as some decidedly non-Nordic techniques.

For example, while his tasting menu is built around intensely local ingredients—lush scallops, mineral-rich reindeer hearts—it occasionally veers into new territory. A dinner may begin with a blanched young leek, served with nothing more than a verdant swath of thyme oil and a sprinkling of wild herbs, before proceeding with a cube of foie gras smeared with miso, grilled yakitori-style, and dressed with a wild garlic called ramson as well as other spring greens that the chef foraged on his way to work. The gentle infusion of Japanese techniques and French ingredients into otherwise Nordic cooking almost brings Vildgaard’s cuisine full circle—back to the period when Noma began to reshape Denmark’s restaurant scene.

All the same, Copenhagen’s culinary effervescence shows no sign of fizzling. Having overcome his concerns about being labeled an Italian chef, Puglisi will this summer open a new restaurant with a wood-fired oven for making, of all things, pizza. And many current Noma staff members are waiting in the wings for the opportunity to take what they have learned under Redzepi and apply that knowledge to their own endeavors. “We’re still on the ascent,” Orlando says. “People who care about food come here now, and they’re so excited to be eating in Copenhagen. And that’s even if they can’t get a reservation at Noma.”