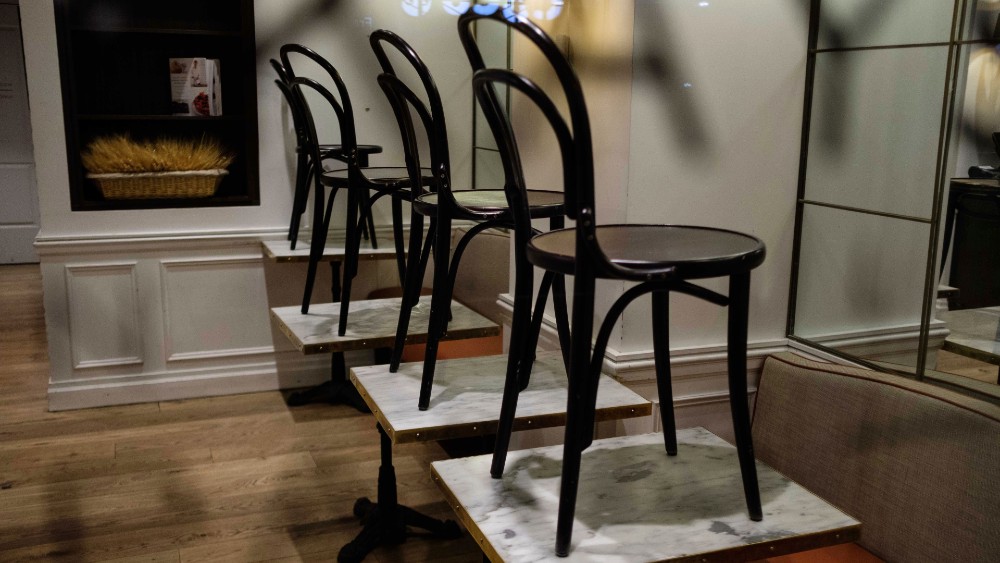 On Monday night, Houston Eaves clocked into his shift at The Esquire Tavern in San Antonio. He spent the next hour or so as he always does, talking crap behind the bar and even taking a shot of Jäger that someone bought for him. Afterwards, he counted his tips: an astonishing $1,200.

That wasn’t the only thing that was off about that night. There also weren’t any patrons at the bar.

Eaves, the bar’s beverage director, had worked his entire “shift” virtually, streaming it on Facebook Live to friends, strangers and digital patrons who were sitting in front of their own screens all over the world. They sent him all of those “tips” via Venmo. And Eaves split that money amongst the Esquire bar team, who are currently out of work.

This is the hospitality industry in March 2020, an unprecedented and unpredictable time when bars and restaurants are no longer considered safe spaces for employees or patrons to be in close contact. As the Covid-19 pandemic creeps across the country and the Centers for Disease Control and Prevention (CDC) makes more and more restrictive recommendations for how to slow the spread, bars and restaurants are shuttering and trying to find creative ways to keep their businesses and their employees afloat.

In the past two weeks, every major city in America saw its acclaimed dining and drinking establishments making drastic operational changes, such as launching drive-thru, takeout or delivery services. Or they were mothballed entirely, either voluntarily in the name of public health and safety, or by force, at the order of city or state governments.

The impact this will have, is having, on the industry cannot be overstated. Restaurateurs and bar owners recognize the gravity of the global health situation, but these businesses, already running on tight margins, will not be able to pay their bills. Employees, mostly tipped workers, will not have income for—best case scenario—weeks.

New York chef Tom Colicchio was blunt in The New York Times, saying, “This is the end of the restaurant business as we know it.”

Those are scary words and a terrifying prospect not just for people who enjoy dining out, but for every person who understands the economic repercussions of tanking a $900 billion-a-year industry that employs more than 15 million people across the country. The situation is unfolding in real time and there are not yet any clear solutions. But there are a few places where you can invest your money now, with the hopes of bringing your favorite restaurants back to life on the other side of this crisis.

Bar and restaurant workers are organizing their own emergency relief funds and are accepting donations.

Eaves’ grassroots project, which he’s encouraging bars and venues across the country to also try, is called The Bar is Open – San Antonio. The former president of the U.S. Bartenders’ Guild local chapter also created a nonprofit organization, San Antonio Tip Jar, to funnel money to those in need.

It’s “a place for San Antonio’s hospitality community to ‘clock in’ for Facebook Live shifts and do all the things we normally do for our guests across the bar in a socially distant way,” he said. Digital bartenders can chat, show you how to make drinks and even listen to your problems via live Facebook comments.

Nationally, One Fair Wage Emergency Fund will distribute cash donations to tipped workers including servers, delivery drivers and more. The Restaurant Workers’ Community Foundation’s COVID-19 fund will direct money directly to furloughed and laid-off workers and offer no-interest business loans to restaurants with the hopes of keeping their payrolls afloat or reopening in the future.

The U.S. Bartenders Guild’s National Charity Foundation is also raising funds for its COVID-19 Relief Campaign, and Jameson Irish Whiskey is matching all donations 1:1, up to $100,000, until March 31.

Hospitality executives are coming up with their own methods of raising capital. One way is through a Dining Bonds initiative, in which restaurant supporters buy a $100 “bond” for $75 and then redeem it, like a gift card, for full value at a future date. This gets cash in the hands of restaurants in need, as soon as possible.

Restaurateurs and chefs are also doing their part, many encouraging donations to food banks.

José Andrés has converted some of his restaurants into community kitchens to provide free meals to those who need them in the Mid-Atlantic. Chef Eric Ripert, who has called this “the biggest challenge of our lives,” is directing donations to City Harvest, which rescues and redirects uneaten food to the hungry in New York.

Houston chef Chris Shepherd’s nonprofit, Southern Smoke, fundraises year-round for food and beverage workers in crisis. Now they will channel those funds to this, prioritizing those who need help with medical bills first and foremost.

“In one day alone we have received more applications for emergency funding than we did in the months surrounding Hurricane Harvey,” Shepherd told Robb Report. “We are asking for people to go to southernsmoke.org and give what they can. Everyone in our industry is hurting and scared. I just want to make sure we get all of our staff back to work.”