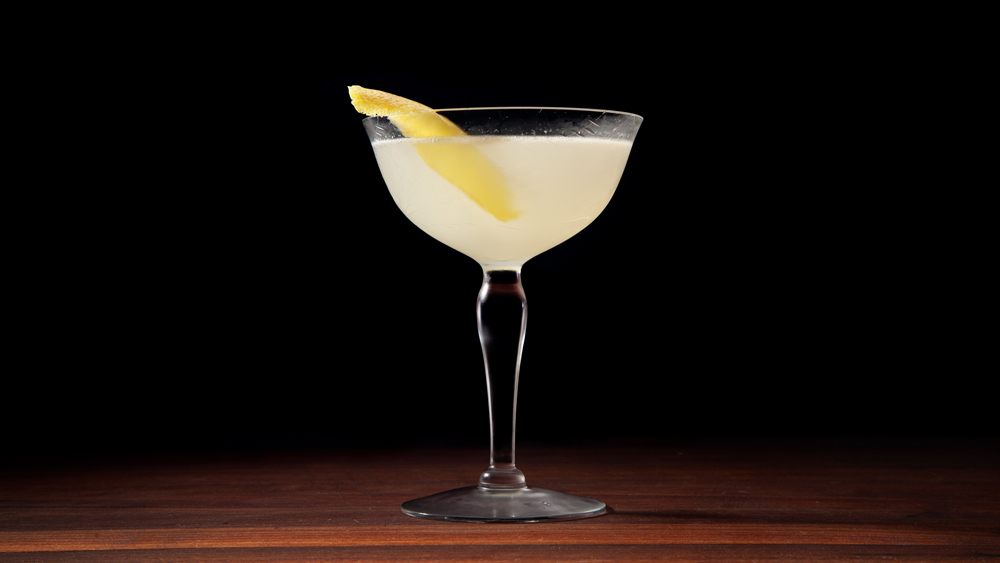 “I pray thee, let me and my fellow have
a hair of the dog that bit us last night –
and bitten were we both to the brain aright,
We saw each other drunk in the good ale glass…”
John Heywood, 1546

Since there have been hangovers—which is to say since forever—there has been someone suggesting that the best cure is another drink. Running back into the waiting arms of the thing that has just hurt you would seem like bizarre, borderline Stockholm Syndrome behavior, save for the fact that in the short term… it kinda works.

In Germany, they refer to it as a “repair beer.” In China, the phrase translates to “drink that brings back your soul.” Across the 1800s, they were generally referred to as “eye-openers,” “phlegm-cutters,” “fillips,” “jorums,” “bracers,” and, my personal favorite, “anti-fogmatics.” And in the early 1900s, some purpose-driven bartenders went and named their recipes after this very principle, which gives us the cocktail family of “Corpse Revivers.”

In his legendary 1930 Savoy Cocktail Book, Harry Craddock includes two recipes for Corpse Revivers No. 1, and No. 2. Corpse Reviver No. 1 is essentially a brandy Manhattan that Craddock specifically recommends “before 11 am,” and is so puzzling, so ill-suited to morning drinking, it makes one question the authority of the whole book. Then you turn the page and get to the Corpse Reviver No. 2 and faith is immediately restored, as it is perhaps the best brunch cocktail ever created.

Corpse Reviver No. 2 is equal parts gin, lemon, Cointreau and Lillet Blanc, with a couple dashes of absinthe. It’s tart, bright, juicy and easy, but also somehow simultaneously deep and complex and herbal, the ingredients fitting together tight as a jazz quartet. With Cointreau weighing in at a full 80 proof, it’s deceptively punchy, but not overwhelmingly so. It is one of those drinks that you keep going back to because every sip shows you something new.

Craddock didn’t editorialize much in his book and most of the recipes do not come with comment. He does include a note, though, with the Corpse Revivor No. 2; a brief but sufficient warning to all those intrepid would-be brunchers of the future: “Four of these taken in straight succession will unrevive the corpse again.”

Add ingredients to shaker and shake on ice for 10 to 12 seconds. Strain into a stemmed coupe or martini glass. Garnish with an orange peel.

Gin: Gin should be a London Dry Gin. It’s role here is as much backbone as anything, so you want a robust gin with a strong juniper presence. Beefeater, Tanqueray, and Bombay all work well.

Lemon Juice: Fresh lemon juice is vital here, both for brightness and for sufficient acidity. Bottled, pasteurized lemon juice is technically acceptable, but I think you know you’re better than that.

Cointreau: The brand is called for by name in the recipe, and it’s a good idea to listen. Cointreau’s clean orange infusion and moderate sweetness are perfect for this drink. I wouldn’t go Grand Marnier or Curacao; the brandy base of those will bring heavy oak and vanilla flavors that will weigh down the brightness of the cocktail. Nor would I sub Cointreau for cheaper triple-secs. Yes, it’s expensive, but it’s such a big part of this drink, something bad will weigh down the whole ship.

Lillet Blanc: Lillet (“Lil-lay”) Blanc is a fortified wine from Bordeaux. It’s called for by name as well, except its old name, Kina Lillet. Some cocktail originalists insist that Lillet changed its recipe in the ’80s to be less bitter, and if you want the “authentic” experience, you need to use either Cocchi Americano, which is closer to the original—both sweeter and more bitter than present-day Lillet. If you feel inclined, go ahead, they all make great drinks. Personally, though, I like the cocktail with Lillet. It’s more tart, lithe even, and feels better drinking it in the full brightness of day.

Absinthe: It’s unnecessary to get prescriptive on the absinthe. Green absinthe will be more intensely flavored, while clear absinthe will be lighter, more ethereal. Both will serve the purpose. It’s only a couple dashes here, use whatever you can get your hands on. If you’re at the store right now, get Pernod, the classic French brand, one bottle of which will be enough to make Corpse Revivers for the next few years.

Garnish: Over the years, lots of people have dropped a maraschino cherry in here for seemingly no reason at all. That’s fine, I suppose—you can drop a cherry in anything you want to, it’s a free country—but I like an orange peel, which gives the aroma a touch of sweet weight and makes the Cointreau pop.